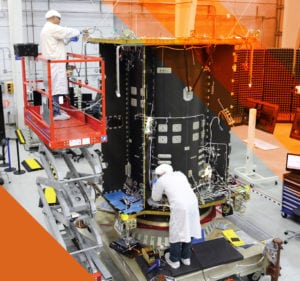 For about a decade, the concept of on-orbit satellite servicing has been gaining traction among owners and operators of these spacecraft. Satellites are incredibly expensive to manufacture, and launch costs can be astronomical. Additionally, much of the risk lies in launching the craft to space. The ability to safely and securely extend the lives of these spacecraft, whether through refueling or repair, seemed like the holy grail of the satellite industry. But it’s only now that satellite servicing seems to be a real possibility.

There may be questions about the Technology Readiness Level (TRL) regarding whether on-orbit satellite servicing is feasible. But it turns out that’s not the real issue that has prevented On-Orbit Servicing (OOS) from becoming a reality. Now, multiple companies are in the late stages of readying spacecraft that will able to service satellites. The time for on-orbit satellite servicing is now. But there are still challenges to overcome.

The real issue standing in front of satellite servicers is making the case that OOS is economically feasible. “What has been lacking is really the business plan from the commercial operators to justify moving forward — when it’s there, we’ll be able to sign up for it,” said Bryan Benedict, senior director of innovation and satellite programs at SES Government Solutions. “What hasn’t been lacking is the technology to be able to do it.”

On-orbit satellite servicing is, in essence, extending the life of a satellite, whether through propulsion or attitude control, or repair and replacement of parts. That might seem more economical in the short term than building and launching an entirely new satellite. The problem is that the industry has, until now at least, been hesitant to go all in on satellite servicing. These providers must make the business case that it is more economical to service satellites than replace them.

“There’s a great level of reluctance in the industry to actually use servicing because it hasn’t been done before,” said Benedict. “There’s concern that people will muck it up and create debris in orbit if they don’t do things properly. As soon as they demonstrate that they can do it right, then many companies are going to jump on board.”

However, before that happens, there are a few challenges that still face the industry when it comes to on-orbit satellite servicing. Right now, there are two different methods of OOS currently in the works. The first, which Northrop Grumman Innovation Systems (formerly Orbital ATK) is using, is a spacecraft that attaches to a satellite and takes over its propulsion and attitude control functions. The second, which is being adopted by SSL Government Solutions, is a temporary repair and refueling function, allowing the satellite to operate on its own.

The real problem here is the possibility of physically damaging another satellite. Proponents of OOS must prove that they can successfully service a satellite without damaging its neighbors. That’s why Northrop Grumman Innovation Systems isn’t testing its Mission Extension Vehicle (MEV) in an orbit with active satellites.

As many are aware, once a satellite has reached the end of its life, it becomes, in essence, useless space junk. But before that happens, operators prepare to either de-orbit the satellite or move it into a higher orbit so that it won’t get in the way of other satellites in more valuable orbits like Geosynchronous Earth orbit (GEO).

It’s important to ensure that the MEV can function without damaging other spacecraft in orbit. That’s why, thanks to a contract with Intelsat, MEV-1 will first head to Graveyard Orbit and perform rendezvous and docking operations there with Intelsat 901. “That’s an important thing for us and for the U.S. government,” Tom Wilson, president of space logistics at Northrop Grumman Innovation Systems, explains. “We’re proving this technology works, not in GEO in case there is an issue; we don’t want to create a debris cloud in GEO, which is a pretty high value asset.”

The mission extension vehicle, which is designed to rendezvous with, dock with, and take over the operation of a satellite, will then control Intelsat’s 901 attitude for five years. “We take over like a jet pack in orbit,” said Wilson. The MEV then provides the propulsion and attitude control necessary for the satellite; it’s less risky because it’s not trying to refuel the spacecraft but more expensive to operate because every serviced satellite requires a separate spacecraft. The MEV is designed to last 16 years; the first is scheduled to be launched in the first quarter of 2019, with the second (also an Intelsat contract for an as-yet unspecified satellite) to follow.

Northrop Grumman Innovation Systems has more up their sleeve than just the mission extension vehicles, though. The company’s on-orbit satellite servicing initiatives extend to mission extension pods, which use the same rendezvous and docking procedures as the MEV. “What it does is it provides the station keeping propulsion, and lets them control what is necessary to stationkeep that satellite,” Wilson said. “What it does not do is provide attitude control.”

The reason behind diversifying into pods, rather than sticking only with the MEV? “The economics are better,” Wilson said. As previously mentioned, the business case, rather than tech, is the heart of why it’s taken on-orbit satellite servicing so long to get off the ground. As a result, the mission extension pods are crucial for Northrop Grumman Innovation Systems’ long-term strategy.

SSL Government Systems is also working on OOS, but has a different approach. “For [Robotic Servicing of Geosynchronous Satellites] RSGS, the core mission is to deploy a system that can inspect, correct anomalies, cooperatively relocate, and install upgrades to an on-orbit satellite, whether that’s commercial or government,” White explained.

RSGS is designed to use the existing propulsion systems of a satellite, rather than replace them. It also will have robotic arms that can repair a spacecraft in orbit. SSL is building the spacecraft through a DARPA contract; the vision is to join a DARPA-developed modular toolkit with an SSL-built spacecraft. The on-orbit servicing spacecraft will be able travel around to different satellites in order to refuel and make repairs as necessary.

It’s certainly an ambitious vision, and White knows that there’s still a ways to go before it’s ready — the current launch date is sometime in the year 2021. “I don’t want to trivialize that there’s a lot of engineering work to do to take everything and build these arms, but it’s not like we’re having to go through those early TRL challenges,” White said. As far as where the company is in terms of readiness? “We’re cutting metal,” he explained, making it clear that SSL Government Systems is moving full speed ahead with RSGS.

The key with RSGS, though, is that even though it’s being developed through a DARPA contract, SSL will be free to operate the spacecraft with commercial clients once it is built. And the first, SES Government Solutions, has already signed up.

SES GS isn’t a stranger to risk; after all, the company was the first to use an already-flown SpaceX Falcon 9 rocket. The industry looks to companies such as SES to make the first moves on new, unproven technologies such as on-orbit satellite servicing and, in that case, the re-used first stage of a rocket. SES clearly feels similarly when it comes to OOS. It’s not just about what on-orbit servicing means for satellites; it’s what it could herald for the future of the industry.

The key here, according to Benedict, is that there is a business case for refueling and fixing satellites that are already in orbit; it’s just not based on what we can do right now. These on-orbit satellite servicing companies can establish ability and reputation based on these existing satellites. Then, once the technology is in orbit, these companies can be called on to do more.

That’s crucial, because satellites are already moving away from fuel-based engines, and they’re being built to be more reliable. This means that the real value of on-orbit satellite servicing will be for spacecraft already in orbit, rather than future iterations. “The new satellites that are being launched are going to be able to have a longer lifetime to start with,” Benedict explains. “The refueling and the life extension really applies to those satellites that are currently up there, already flying, that are running out of propellant.” This means that on-orbit satellite servicing will have the most direct impact on the next 20 to 30 years of the industry. 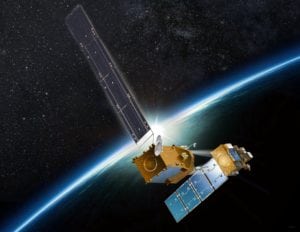 As a result, to make a real long-term business case for why on-orbit satellite servicing is important, operators, servicers, and industry professionals have to look at the future. It’s not about what OOS can do for satellites now. It’s about what mastering it can mean for the future of on-orbit spaceflight. The key here, then, is opening the door to on-orbit assembly.

“If we build our satellites to be easier to fix or add the right external mechanical and electrical interfaces, servicing could be used in the future to modify or build platforms in space. Maybe buses could be launched as one platform and the payloads as a separate platform. They could be mated in orbit using robotic servicing,” Benedict explained.

Successful on-orbit satellite servicing programs could change the fundamentals of how organizations view and use satellites, according to White. “To me, this is like the iPhone,” he said frankly. That’s because SSL Government Systems is not just in the servicing business; the company is also working toward on-orbit assembly. “We have a separate program called Dragonfly that we’re doing with NASA to demonstrate on-orbit assembly, so then you start to put servicing, assembly, all into the mix … If you have the ability to upgrade, that’s certainly fundamental change. If you can assemble it in space, now you can start to think about sending spacecraft up in pieces.”

But for on-orbit assembly to become a reality, there needs to be healthy competition in the marketplace. That’s why companies like SES Government Solutions want to take risks to move on-orbit satellite servicing forward. “We want to see both companies succeed,” concluded Benedict. In the end, that’s what’s best for the satellite industry.

The post The Time for On-Orbit Satellite Servicing is Here appeared first on Via Satellite.