Hispasat 30W-6, also known as H30W-6, will be operated by Hispasat, a Spanish communications operator serving Spain, Portugal and Latin America. Hispasat was formed in 1989, with its first satellite – Hispasat 1A – launching aboard an Ariane 4 rocket three years later.

Today Hispasat operates a fleet of seven geostationary communications satellites – which will increase to eight with a successful launch on Tuesday. Hispasat also leases transponders aboard three third-party satellites: Intelsat 34, Star One C4 and Star One D1.

The Hispasat 30W-6 launch is the second of two back-to-back missions that SpaceX have conducted for Spanish customers, following the successful deployment of the Paz radar imaging satellite last month. The Hispasat launch had originally been scheduled for a few days after the Paz mission. However, it was delayed to allow time for additional checks on the pressurization system for Falcon 9’s payload fairing.

Paz – along with the XTAR-EUR and SpainSat-1 communications satellites – is operated by Hisdesat, a partnership between several Spanish aerospace companies of which Hispasat is the largest shareholder.

Hispasat 30W-6 was built by Space Systems/Loral. Hispasat ordered the satellite – then designated Hispasat-1F – in July 2014. The satellite was renamed, along with the majority of Hispasat’s operational satellites, in 2016 to reflect the geostationary location from which it will be operated. 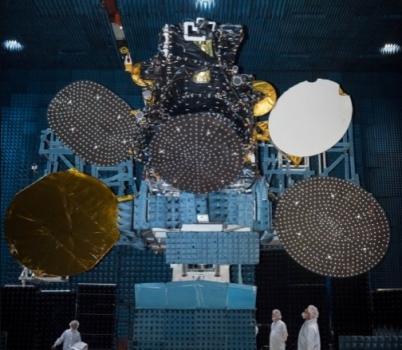 Hispasat 30W-4, which Hispasat 30W-6 will replace, was launched aboard an Atlas IIAS rocket in September 2002. It was the second of two near-identical satellites built by Alcatel Space: its sister craft Hispasat 84W-1 (formerly Hispasat-1C) was launched two and a half years earlier and was decommissioned last June after exceeding its fifteen-year design life by over two years. Hispasat 30W-5 is also in operation at 30 degrees West, having been launched by an Ariane 5 in late 2010.

In 2015, SpaceX was contracted to launch Hispasat 30W-6 aboard their Falcon 9 rocket. The launch will mark Falcon 9’s fiftieth flight – excluding the Falcon Heavy vehicle which made its maiden flight last month.

A partially-reusable two-stage rocket, Falcon 9 first flew in June 2010. The rocket’s first test flight carried the Dragon Spacecraft Qualification Unit (DSQU), a mockup of the Dragon spacecraft that SpaceX now uses to deliver cargo to the International Space Station under NASA’s Commercial Resupply Services (CRS) program. Falcon 9 and Falcon Heavy are the only rockets currently flying that incorporate any element of reusability.

The Falcon 9 that will perform Tuesday’s launch is a Falcon 9 v1.2 – the third major revision of the Falcon 9 design. The rocket’s first five launches used a version that has retrospectively become known as v1.0, which was shorter than later versions and used a square grid layout for its first stage engines. The Falcon 9 v1.1, which first flew in September 2013, stretched both stages of the vehicle, introduced Merlin-1D engines in place of the earlier Merlin-1Cs, and rearranged the first stage engines into the now-familiar OctaWeb.

A further-upgraded Falcon 9, the v1.2 – also known as the Falcon 9 Full Thrust – was introduced in December 2015. The Falcon 9 v1.2 uses subcooled liquid oxygen – whose increased density allows a greater amount of oxidizer to be stored aboard the rocket compared to previous versions. The rocket’s engines were also uprated, and the second stage was further stretched. Tuesday’s launch is the thirtieth to use the v1.2 configuration.

Within each major revision of the Falcon 9, SpaceX has also made continual improvements resulting in smaller increments, or blocks, in the production cycle. The first stage that will be used for Tuesday’s launch, B1044, is a Block 4 core. SpaceX plans to freeze the Falcon 9 design with the next increment, Block 5, which is expected to take flight next month.

A major driver in SpaceX’s upgrades to the Falcon 9 has been their ambition to make the rocket at least partially reusable. This ambition was realized eleven months ago with the launch of Luxembourg’s SES-10 satellite – less than a year after another Falcon 9 incorporating the same first stage had deployed Dragon’s CRS-8 mission. 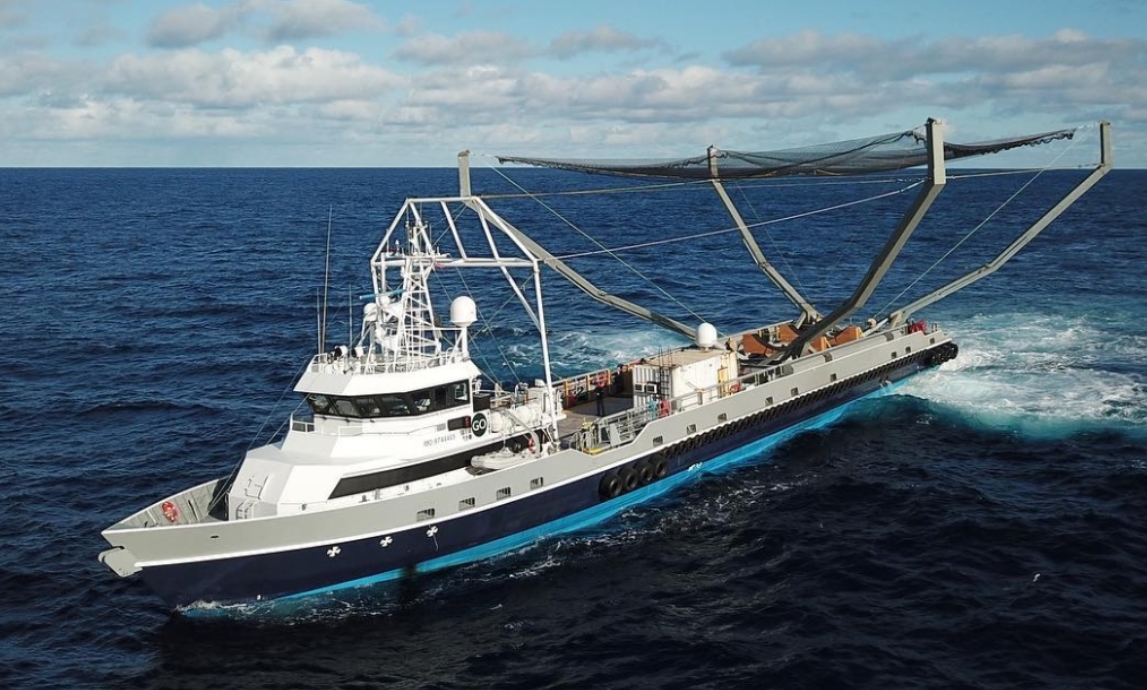 With Falcon 9 v1.1, SpaceX switched their focus to a powered landing. After unsuccessful attempts in early 2015 aboard an Autonomous Spaceport Drone Ship (ASDS) – a large converted barge – off the coast of Cape Canaveral, SpaceX achieved their first successful landing with a return-to-launch-site (RTLS) on the Falcon 9 v1.2’s maiden flight. Having made three burns after separating from the rocket, Falcon’s first stage touched down at Cape Canaveral’s Landing Zone 1 (LZ-1), which had been built on the site of the former Launch Complex 13 (LC-13).

Successful landings have since been achieved via both the ASDS and RTLS approaches. Typically SpaceX uses the ASDS for missions which require more performance from the rocket – and which therefore do not have sufficient fuel for the booster to fly back to its launch site after separation. When carrying its heaviest payloads, where mission requirements dictate that even an ASDS landing would not be possible, the first stage is expended.

Before it was delayed from the end of last month, SpaceX had planned to attempt recovery of B1044 following the Hispasat 30W-6 launch. The company’s recovery fleet, including the drone ship Of Course I Still Love You, put to sea on 21 February to support what would, if it had been attempted, have been SpaceX’s most ambitious core recovery attempt to date.

Following a deterioration in sea conditions, the recovery ships and ASDS have since returned to port and SpaceX have confirmed that Tuesday’s launch will be fully expendable. This late decision means that Falcon 9 will still fly with full recovery hardware, including landing legs and titanium grid fins.

In its forty-nine launches to date, Falcon 9 has only failed once: during June 2015’s launch of the CRS-7 Dragon mission a cryogenic overwrap pressure vessel (COPV) broke loose within the second stage oxidizer tank, venting liquid helium which caused the tank to overpressurize and rupture. An early flight suffered a first stage engine failure. However, the eight remaining engines continued to burn and the primary payload – also a Dragon – was able to reach its planned orbit. A second payload, an Orbcomm communications satellite, could not be placed into a usable orbit.

A Falcon 9 was also lost in a testing mishap at Cape Canaveral in September 2016, which claimed the Amos 6 satellite that it was preparing to launch and inflicted damage at SpaceX’s Space Launch Complex 40 (SLC-40) launch site. The failure was also traced to a second-stage COPV, which had buckled due to the formation of oxygen bubbles between the tank’s outer carbon composite and inner aluminum layers. The rocket exploded during fuelling operations ahead of a static fire a few days ahead of its planned launch date – with the payload already loaded onto the rocket.

Falcon recovered from these setbacks and has ramped up to an impressive flight rate, making eighteen successful launches from eighteen attempts last year – more than any other rocket worldwide. Tuesday’s mission is its fourth of 2018, and the fifth of the year for SpaceX – with the additional launch having been of the Falcon Heavy last month. 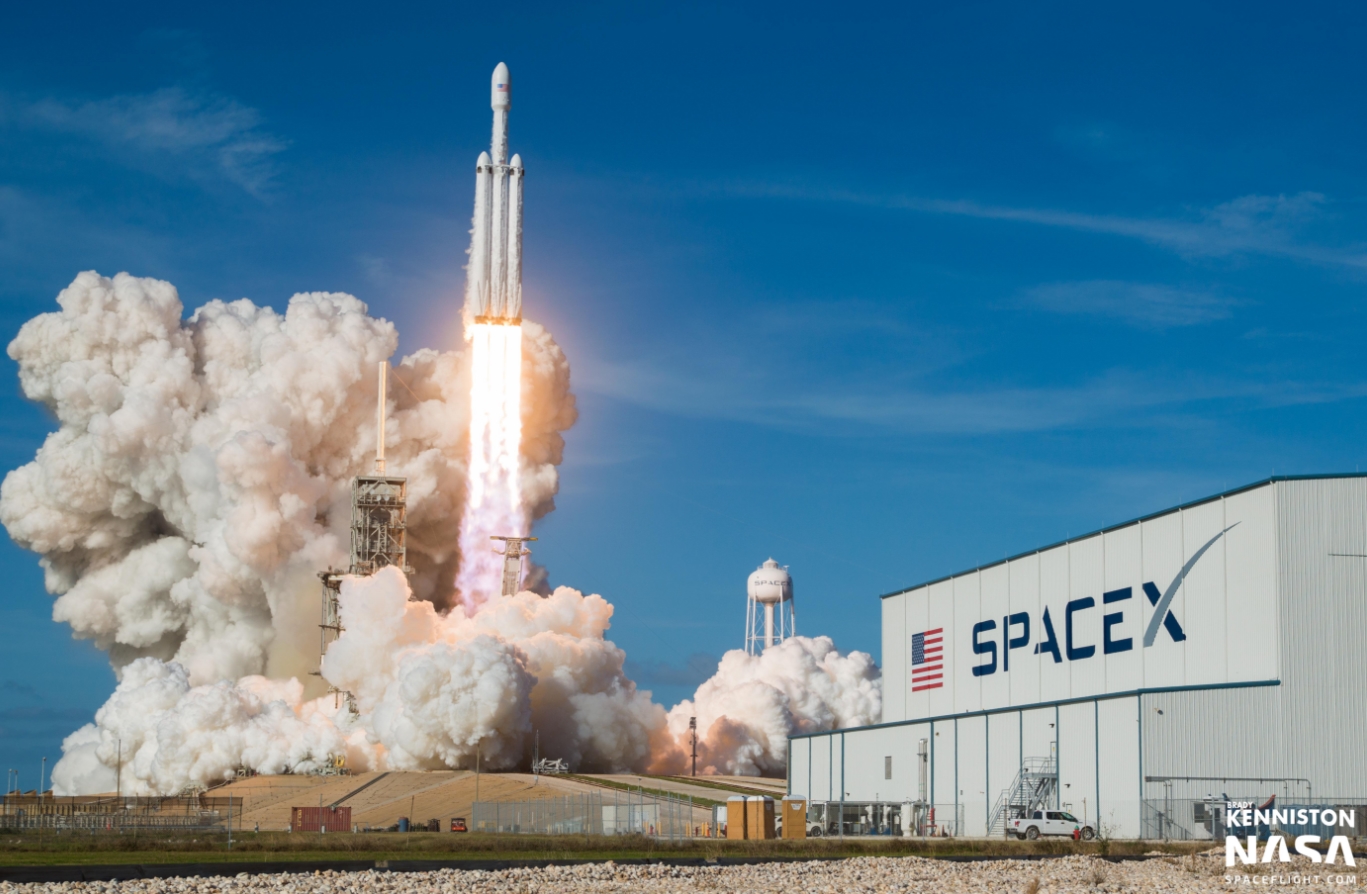 After leasing the complex from the US Air Force, SpaceX demolished Titan’s fixed and mobile service towers and made modifications to the pad – including construction of a hangar to facilitate horizontal integration of Falcon 9 vehicles – ahead of the rocket’s maiden flight in 2010.

Ahead of Tuesday’s launch, fuel will begin to be loaded onto the Falcon at about the seventy-minute mark in the countdown, with oxidizer loading beginning thirty-five minutes before liftoff. Both stages of the Falcon 9 rocket use RP-1 propellant – a refined form of kerosene – with liquid oxygen used as its oxidizer. Liquid oxygen loading will continue until just before liftoff, with the tanks being topped up as oxygen boils off and is vented from the rocket.

In the final minute of the countdown, the rocket’s onboard computers will conduct their final checks before liftoff. The rocket’s propellant tanks will be pressurized for flight and the launch director will confirm that Falcon is ready to begin its mission. Three seconds before the countdown reaches zero, the rocket will begin its ignition sequence and the nine Merlin-1D engines at the base of Falcon’s first stage – B1044 – will roar into life. Liftoff will occur at T-0.

Seventy-eight seconds after liftoff, Falcon 9 will pass through the area of maximum dynamic pressure, or Max-Q. The first stage will power the rocket away from the ground, burning for the first two minutes and 35 seconds of the mission before reaching main engine cutoff (MECO). At this point, having completed its role in boosting Hispasat 30W-6 towards orbit, B1044 will shut down its engines. The stage will separate two seconds after MECO, with the second stage igniting after a further two seconds.

Following separation, it was planned that B1044 would make two further burns – an entry burn and a landing burn – to guide itself to a landing aboard SpaceX’s drone ship. As weather conditions at sea have prevented recovery operations from taking place, the core will instead be disposed of into the ocean – although SpaceX may use this as an opportunity to test recovery procedures by guiding the booster to a splashdown, rather than a landing.

Falcon’s second stage will make two burns to place Hispasat 30W-6 into geosynchronous transfer orbit. The stage’s single Merlin-1D engine is optimized to be more efficient in the vacuum of space and is known as a Merlin Vacuum (MVac). Its first burn will last six minutes, placing itself and its payload into an initial parking orbit. About a minute into the burn, Falcon 9’s payload fairing will separate from around Hispasat 30W-6 at the nose of the rocket, exposing the satellite to space for the first time.

With its first burn completed, the second stage will coast for seventeen minutes and 59 seconds before restarting for its second burn. This will be a 55-second firing that will inject Hispasat 30W-6 into its transfer orbit. Spacecraft separation will take place five minutes and eighteen seconds after the end of the second burn.

SpaceX’s next launch is currently slated for 29 March, with ten satellites for mobile communications company Iridium. Two further launches are planned in early April: one with a Dragon resupply mission to the International Space Station and the other to deliver Bangladesh’s Bangabandhu-1 communications satellite to orbit.