Cape Canaveral’s LC-17 has been leveled after the demolition of its two service towers on Thursday. The pad last saw action with the retiring Delta II rocket but has a history that ranges back into the 1950s. It will become the new site for commercial operator Moon Express.
Launch Complex 17, as it was then designated, was built between August and December 1956 to accommodate tests of the Thor missile. 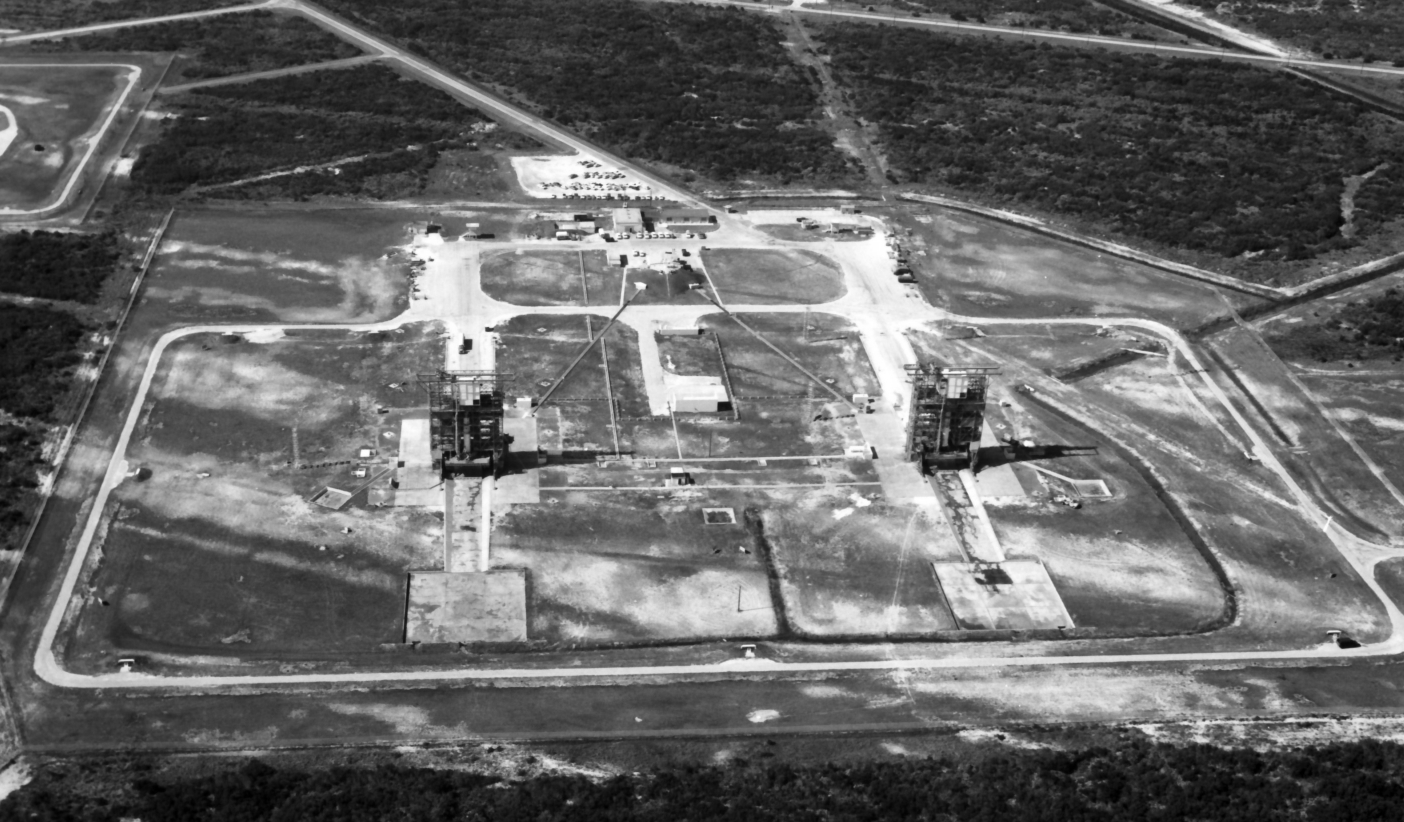 LC-17 in its original Thor configuration – via NSF L2

The first Thor launch occurred from LC-17B on 26 January 1957. However, it ended in failure when the rocket lost thrust and exploded on the launch pad.

A second launch in April was erroneously destroyed by range safety after a faulty console caused the RSO to believe the rocket was flying in the wrong direction.

The first successful launch occurred on 20 September, also from LC-17B.

Missile tests were made from LC-17B until 1957, after which it began to be used for orbital launches. The first orbital launch to be made from the pad occurred on 13 April 1960, when a Thor-Ablestar launched Transit 1B. The last of ten Thor-Ablestar launches from the pad occurred in May 1962, after which Delta launches from LC-17B began. 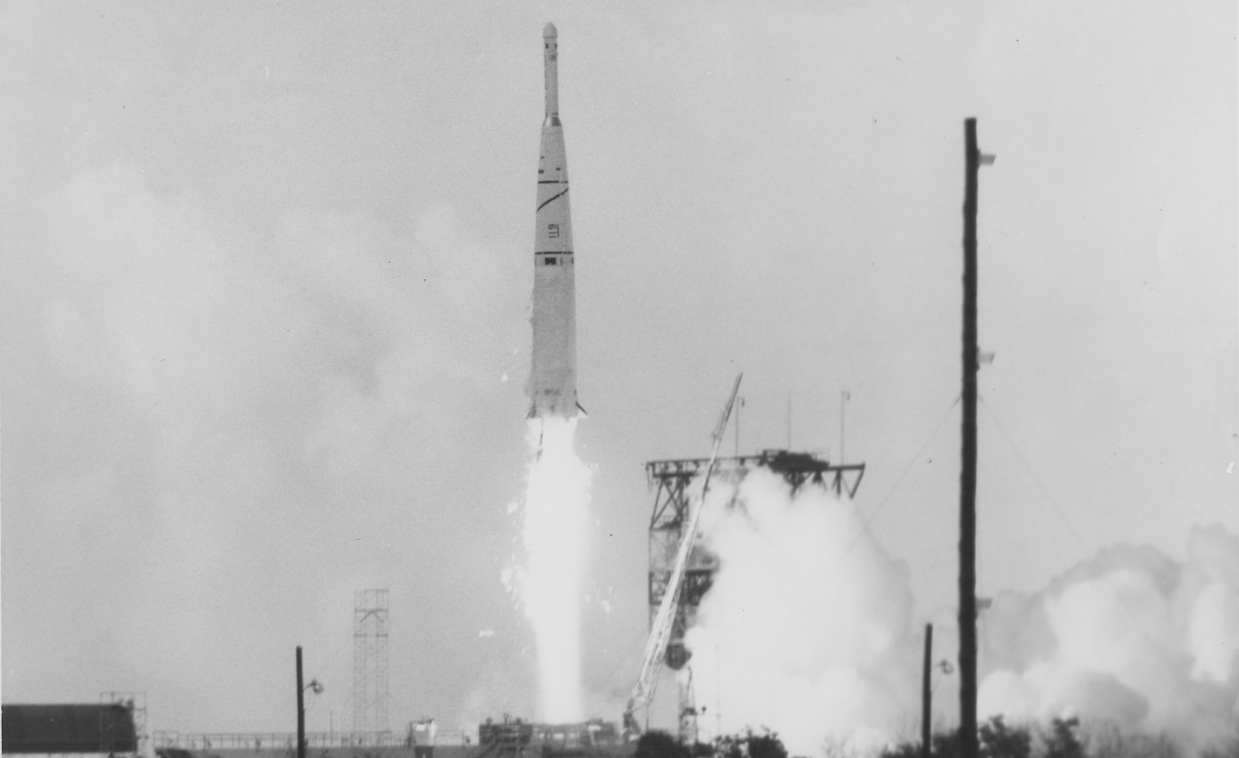 The first Delta launch from LC-17B was of Delta 11, carrying Telstar 1, the first commercial communications satellite. The pad was subsequently used by Delta A, B, C, E1, G and C1 rockets between 1962 and 1969. Between 1963 and 1965, six suborbital flights were also launched from LC-17B, carrying ASSET reentry vehicles to demonstrate technology for the X-20 DynaSoar spacecraft.

Three of these launches used the single-stage Thor DSV-2F, and the other three used the two-stage Thor DSV-2G, which included a Delta upper stage, however its launches are not officially listed as Delta launches. None of the six ASSET flights reached space; instead, they flew shallower atmospheric flight profiles.

Delta II launches from LC-17B began on 11 December 1989. On 8 January 1991 the first Delta II 7000-series launch from LC-17B orbited a NATO communications satellite. In the mid-1990s LC-17B received modifications to accommodate the Delta III rocket, and in 1997 it was redesignated Space Launch Complex 17.

That year, LC-17A saw its most dramatic launch failure during the liftoff of the first Block IIR Global Positioning Satellite, GPS IIF-1. Thirteen seconds into the flight, the rocket self-destructed following the structural failure of one of the number 2 solid rocket motor.

Over 220 tonnes of debris fell within a kilometer of the launch pad, with one piece landing in the blockhouse car park, destroying twenty vehicles.

The first Delta III launch occurred on 27 August 1998, carrying the Galaxy 10 satellite. The mission also ended in failure after the vehicle’s solid rocket motors ran out of hydraulic fluid, resulting in a loss of control and the destruction of the rocket by range safety.

The second Delta III launch in May 1999 also failed, after the second stage engine’s combustion chamber ruptured, leaving the Orion 3 communications satellite in a useless low Earth orbit. A third launch with a mock-up satellite also underperformed, reaching a lower than planned orbit. After these failures, the Delta III was retired. 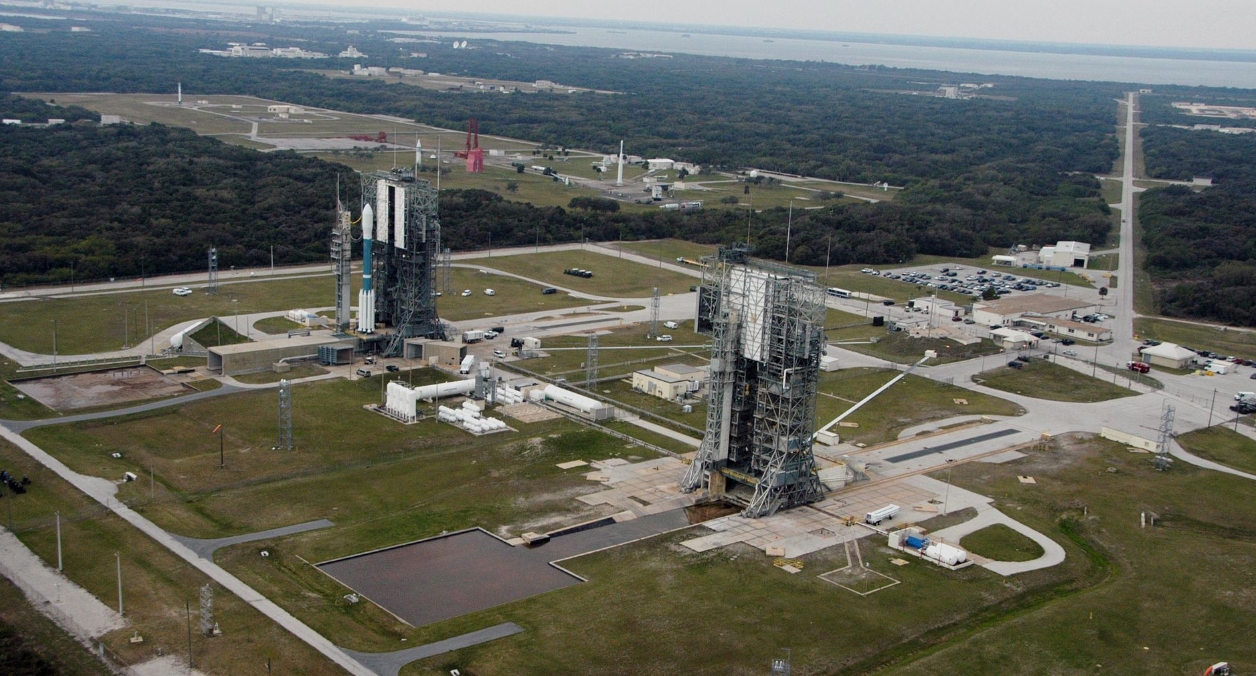 LC-17 in its Delta II configuration – via NASA

The first launch of the Delta II Heavy occurred on June 10, 2003, carrying the Spirit spacecraft and rover bound for Mars.

Launches of standard 7000 series Delta IIs continued throughout the time that the Delta III and Delta II Heavy have used the pad, this included a September 2009 launch carrying the two STSS-Demo satellites for the US military.

All remaining Delta II launches were moved to Vandenberg Air Force Base in California, with just one more launch to go for the veteran rocket.

Moon Express is set to take up residency at the pad complex, allowing for testing of its lander capability.

The company is working within NASA’s Lunar Cargo Transportation and Landing by Soft Touchdown (Lunar CATALYST) initiative, which has been fostering the growth of commercial lunar lander capabilities.

This is a good time for Moon Express to up its testing after NASA recently published a Request For Information (RFI) that will be used to gauge interest from the private/commercial space sector in building domestic lunar landers. The request points to an evolution of concept, with small-scale cargo landers being used to prove the technology before feeding into the development of human-rated vehicles.