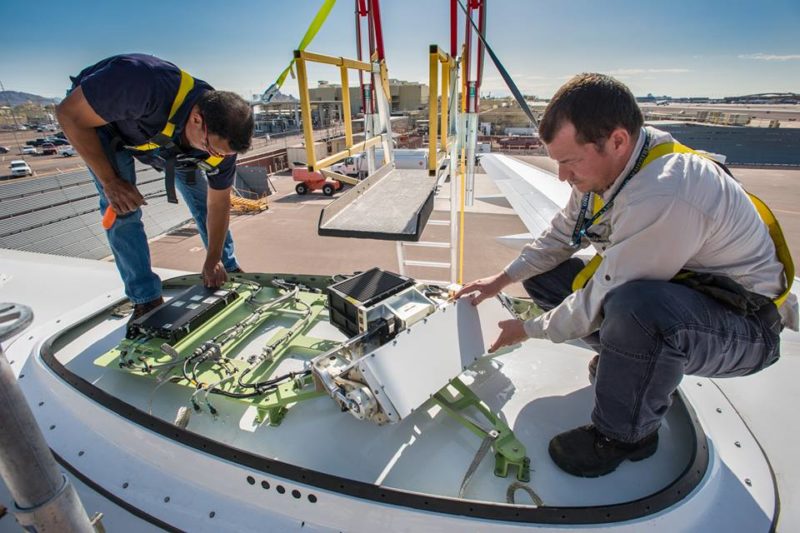 JetWave hardware being installed on an aircraft. Photo: Honeywell Aerospace.

ExecuJet installed JetWave onboard its Bombardier Global Express and Challenger 604 aircrafts at its Johannesburg base. JetWave delivers access to Ka-band satellite communications network, provided by Inmarsat through its Jet ConneX service.