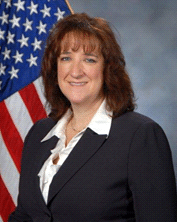 “We’re going to continue to rely heavily on commercial providers for PTS. There’s no way we’re going to build it alone,” said Ryals. “PTS is a top priority for SMC. Our commercial industry and international partners should see this as a major opportunity. In order to strengthen PTS, we are going to seek follow on contracts for Advanced Extremely High Frequency System (AEHF) systems for military satcom users who need the highest level of protection.”

The U.S. government will request commercial industry proposals for the PTS system next year and issue contract awards in 2020. SMC will move quickly to gather the components of its evolved PTS system, following U.S. Air Force Lt. Gen. John Thompson’s “SMC 2.0” initiative — a major retooling of the acquisition process to make it faster, easier, and more supportive and adaptive to accommodate innovation.

Ryals elaborated on the importance of reducing production cycles, driving innovation, and integrating commercial resources and services via partnership. “I like to quote Lt. Gen Thompson and say that the U.S. Military ‘wants to be the predator, not the prey,’ and commercial satellite partnerships help the U.S. military stay ahead of its adversaries,” she said.

In terms of how PTS will develop, Ryals said the SMC would continue maintaining its strong presence in Geostationary Earth Orbit (GEO) orbit as well as diversifying its satellite assets to include next-generation constellations at different orbits. Some of these assets may even reside in Highly Elliptical Orbit (HEO).

In addition to PTS, Ryals said that the Air Force will seek partnerships with international military organizations and commercial satellite companies on a variety of SMC 2.0 projects. For example, because the PTS build-out strategy is designed to take advantage of ride-share opportunities, one new type of international partnership could include the U.S. military using hosted payloads on non-U.S. satellites — opening up new opportunities for the global aerospace community in orbit and on the ground.

“In addition to being open to the idea of using international hosted payloads, we will also be seeking partnerships with domestic and international companies to build and deploy the supporting terminals and infrastructure for these systems on the ground,” said Ryals. “The terminals and systems on the ground are just as critical, and Air Force SMC has been thinking about shifting some of the responsibilities involved with terminal acquisition. The speed of ground segment acquisition is definitely a problem we have to solve.”

Ryals added that SMC has even thought about creating a specific Air Force terminal program. “We haven’t figured out how to do that yet, but we would like to engage with our commercial and international partners on this idea,” she said.

The post PTS Could Unlock Major Opportunities for Commercial Satellite appeared first on Via Satellite.