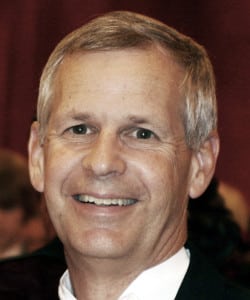 It has not been a good week for Dish Network. The satellite TV company’s shares plunged after it reported losing 94,000 Pay TV subscribers in its first financial quarter of 2018 and falling $222 million short of its revenue mark during the same period in 2017. Beyond the losses, what really stood out from Dish’s earning report was the mixed messaging from its executive leadership. With cable-cutting trends continuing to accelerate and mega telco/cellular mergers limiting options for his massive spectrum resources, Dish Network’s Charlie Ergen offered little to assure investors during his earnings call. Though he is no longer the CEO of Dish, investors hung on to Ergen’s words, looking for some semblance of strategy or inspiration. What they got was a lot of 20/20 hindsight and commentary on how Dish didn’t expect the competitive landscape to change so quickly. Some of Ergen’s statements were downright puzzling. See below for more commentary and click on the headlines to read the full articles:

Ergen expressed some surprise at the current state of the content industry, especially in how it allowed services like Netflix to run roughshod over their businesses. “OTT opens up a number of potential minefields for content owners that I’m not sure they’ve totally thought through,” Ergen said, pointing out the increased potential for piracy and the beginnings of true a la carte programming.

It’s 2018. How can you possibly be surprised by Netflix’s dominance of the OTT market through its massive output of original content? And since when has content piracy ever been an issue for Netflix?  Also, do consumers really care about anything except price and content quality/quantity?

Chairman Charlie Ergen affirmed the company’s commitment to repaying its $16 billion in debt. He was less upbeat about another pressing issue: Dish’s struggle to pivot to wireless. It has amassed a considerable amount of spectrum that could be used for a wireless network, but the company must meet a 2020 deadline and also says it needs a partner to power the build-out. “We have said all along that we think we need strategic partnerships to achieve our goals,” Ergen said. “We won’t be successful as a lone wolf out there. We’re not that good.”

“We’re not that good” is exactly what you want to hear from leadership when you’re running out of time. Below, the Wall Street Journal neatly summarizes Dish’s dire situation and why it desperately needs to regain some sense of control:

Dish, founded by satellite tycoon Charlie Ergen, may be the canary in the coal mine of the new technological landscape. Junk-bond investors have lent his companies more than $30 billion over the past 25 years, according to data from Dealogic, bankrolling Mr. Ergen’s construction of a satellite constellation and, more recently, his buying spree of wireless spectrum. Now they are dumping Dish bonds and buying record amounts of derivatives that insure against a default by the company, fearing that the industry’s rapid evolution is outpacing Mr. Ergen’s business strategy.

Ergen, referring to the 5G proposals from Intelsat, SES (and probably Telesat and Eutelsat) said that U.S. telcos faced a number of challenges: “There’s clearly a number of hurdles for us to get to 5G. Let me just preface it with what we’re doing in the 5G network is a little bit more inclusive in 5G than maybe what you read about with the incumbents and their 5G. They’ve got to focus on their 100 million customers, or their 60 million customers, or 120 million customers. So, their 5G is going to be very customer-focused on their phones. And where we see 5G, all the benefits of 5G in the standards, a lot of that takes a lot more than just doing things for voice and data to a handset.”

This last line is especially true, and perhaps a hint of an opportunity to change course, but Ergen offers nothing more than a sound bite. It seems like he’s content watching and waiting to see how things shake out. Sling TV and Cloud DVR won’t be able to minimize losses forever.

The post Dish Network Needs to Regain Control of its Own Fortunes appeared first on Via Satellite.