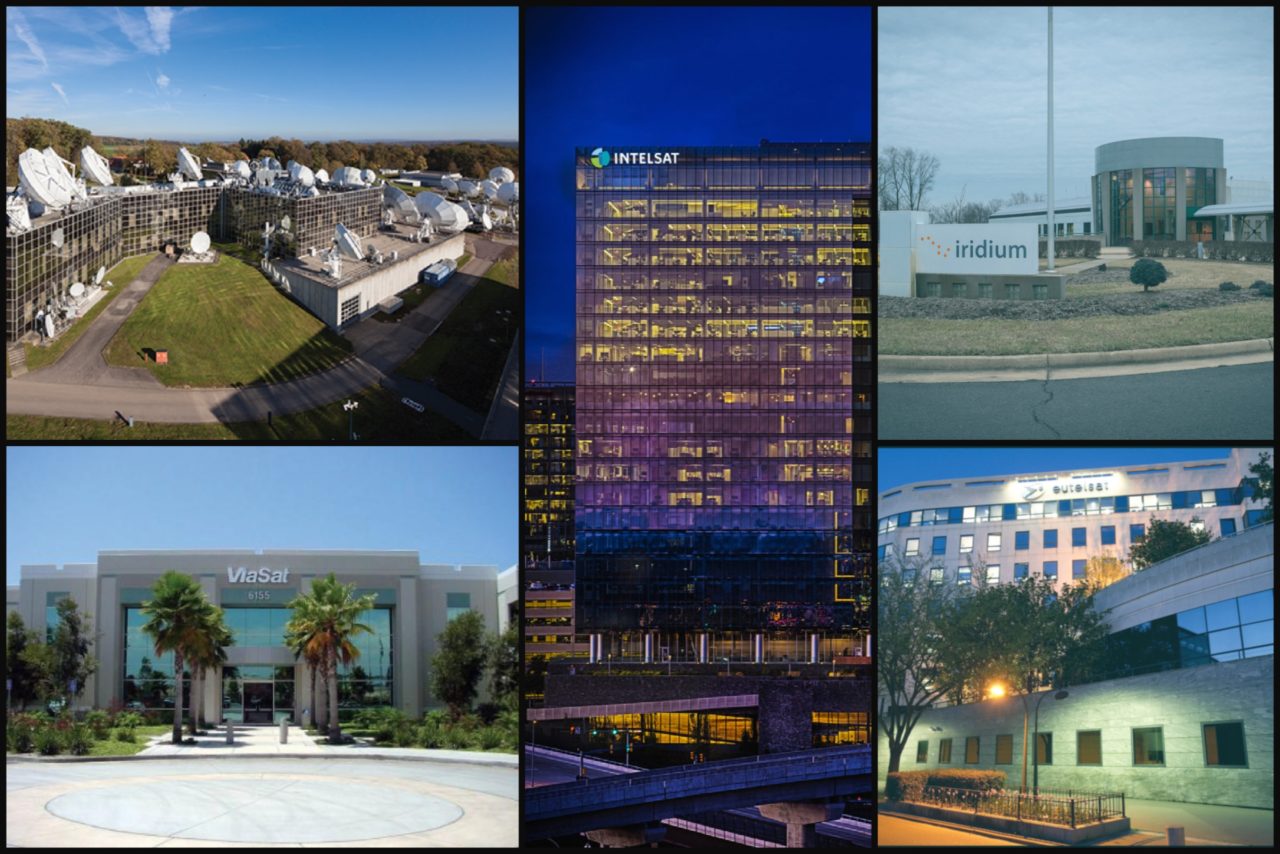 ViaSat, Eutelsat, SES, Intelsat and Iridium Communications have all published their financial results for the last quarter of 2017. To see how they fared, check out a quick wrap-up of each below.

Most of the operator’s profits came from its video applications division, which saw a slight (0.3 percent) bump in revenue thanks to strong growth coming mostly from the Middle East and North Africa (MENA) region.

According to the earnings report, Eutelsat expects its fixed broadband revenue trends to improve now that it has introduced its first offers in Norway and Poland in December, and in Sweden and Finland in January. Mobile connectivity revenue is also exploding (up 20.6 percent compared to the same period in 2016): Eutelsat’s newest satellite, Eutelsat 172B, entered into operation in November, with its high throughput payload now fully sold to Panasonic Avionics and China Unicom for In-Flight Connectivity (IFC) services.

Eutelsat should also benefit in 2018 as the company finalizes its integration of Noorsat, which it acquired in October. Eutelsat Chief Executive Officer (CEO) Rodolphe Belmer said Eutelsat intends to leverage the acquisition to “optimize video distribution in the MENA region.”

In the fourth quarter, Iridium collected $115.5 million in total revenue, an increase of 7 percent compared to Q4 2016. The company also grew its subscriber base by 14 percent year-over-year, due largely to growth in commercial Internet of Things (IOT) and government services.

Iridium is also banking on its Iridium Next constellation to drive “significant revenue and subscriber growth” in 2018. Last year, the company was able to orbit 40 of its next-generation satellites over four launches with SpaceX. Thirty-two of those spacecraft are currently in operation with eight more still drifting toward their final orbital slots. Now over the halfway mark of the launch campaign, SpaceX has set the fifth mission for March 18.

SES’ fourth quarter results were somewhat underwhelming, with revenue coming in 8.7 percent lower than Q4 2016 at 578.7 million euros ($711.8 million). “Business performance was below our expectations as the market remained challenging throughout 2017, compounded by some fleet health issues,” said SES CEO and President Karim Michel Sabbagh.

Last June, SES was forced to transfer customers off AMC 9 after an anomaly disrupted communications with the satellite. SES also announced in July that another anomaly had reduced available capacity on the NSS 806 satellite by 12 transponders. The company then narrowly avoided a mission failure in January, after an Ariane 5 rocket failed to place the SES 14 satellite into the correct orbit. Despite the launch hiccup, the satellite remains in good health and will reach Geostationary Earth Orbit (GEO) just four weeks later than originally planned, SES stated.

SES expects to bounce back in 2018 thanks to three successful launches in 2017 (SES 10, SES 11 and SES 15), as well as the launches of SES 14 and SES 16/GovSat 1 last month. The company also intends to orbit SES 12 and an additional four satellites for its O3b constellation in Medium Earth Orbit (MEO) before the end of the year.

The company will soon have new leaders at its helm: Sabbagh and Padraig McCarthy both announced they will step down as CEO and CFO on April 5. Steve Collar and Andrew Browne will step into their roles as CEO and CFO, respectively.

Despite a small drop in satellite services revenue, Viasat was able to drive its year-to-date revenue to a record $1.2 billion. Its fiscal third quarter (ended December 2017) came in just above (1.1 percent) the same period the previous year at $381.8 million.

One of the biggest highlights of the quarter was the company’s progress in cracking the In-Flight Connectivity (IFC) market. By the end of the year, Viasat had 589 commercial aircraft in service with its IFC system, and an additional 912 under contract. Along with the release of its earnings report, Viasat announced a new contract with United Airlines to bring its IFC system to more than 70 aircraft, including 58 of United’s new Boeing 737MAX.

However, Viasat CEO Mark Dankberg confirmed in February that the company’s newest satellite, Viasat 2, will lose approximately 15 percent of its total capacity. An issue with the satellite’s antenna will reduce its maximum capacity to 360 Gpbs, versus 300 Gbps as originally intended. Viasat 2 entered into commercial service this month, as Boeing, the satellite’s manufacturer, continues to identify “corrective measures” for the antenna anomaly.

Falling in line with the company’s expected guidance, Intelsat saw a slight retraction in overall revenue for Q4 2017 to $538.1 million. The figure fell just 2 percent short of the results from Q4 2016.

Overall, Intelsat reported a 79 percent fill rate for its approximately 1,950 wide-beam transponders. At the end of December, the company’s backlog represented $7.8 billion.

Intelsat also has two additional launches scheduled for 2018: Intelsat 38 in Q2 and Horizons 3e sometime in the second half of the year. Once Horizons 3e is on orbit, Intelsat will have completed global deployment of its next-generation constellation, Intelsat Epic. According to CEO Stephen Spengler, the company’s goal last year was to “provide a solid foundation” as it prepares to introduce new end-to-end service capabilities powered by the Next spacecraft.

The last satellite it launched, Intelsat 37e in September, is expected to enter service this quarter.

The post New Satellites Should Boost 2018 Revenues for Major Operators appeared first on Via Satellite.