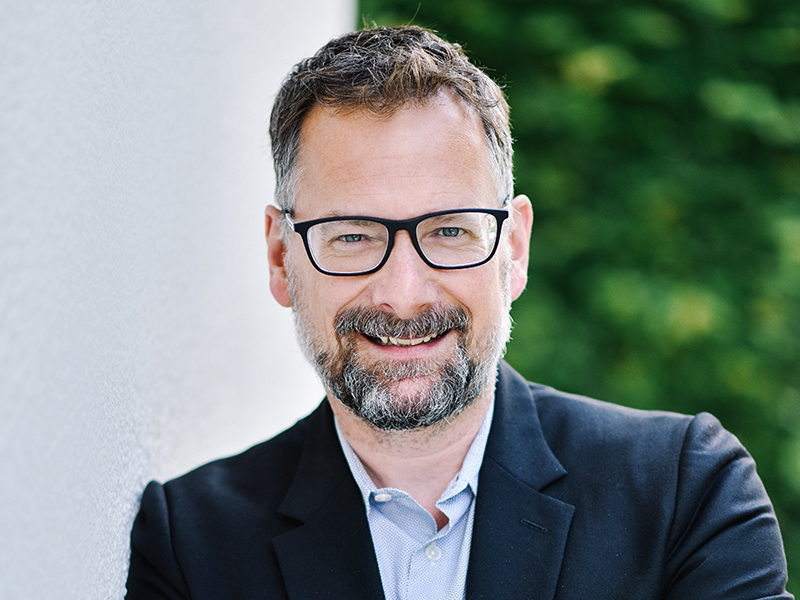 In the first part of this two-part interview with Steve Collar published yesterday, the SES CEO spoke about the company’s plans for 2022 and his views on the ground segment. In this second part of the interview conducted in December, Collar gives his thoughts on the Viasat/Inmarsat deal, his views on SpaceX and Low-Earth Orbit (LEO), as well as whether SES would take part in potential industry consolidation down the road.

VIA SATELLITE: What are your thoughts on industry consolidation moves like Viasat’s acquisition of Inmarsat? Is consolidation good for the industry?

VIA SATELLITE: Could SES look to take part in industry consolidation?

Collar: I think we are in [one of] the best positions to pick and choose the role we want to play. We have a very strong balance sheet, a young fleet, a brand-new constellation that we have financed through our own cash flows coming to market and we have $4 billion of C-band proceeds to be earned over the next two years. To add to that we have two complementary business with strong cashflows, the best neighborhoods but also a strong growth story in networks.

Scale is important and aligning capital investments and creating synergies is attractive for SES and its shareholders, but you can expect us to be financially disciplined and thoughtful in whether and where we will engage and we certainly have more than enough to do delivering our organic growth plan.

VIA SATELLITE: Given what SpaceX is doing with Starlink, are they as much your competitor now as they are one of your launch partners?

Collar: Our partnership with SpaceX leverages their launch capability and it has been a long and successful one. We have benefited from their capabilities on the launch side, we have a lot of respect for them and we expect to continue to use them in the future.

Our view of Starlink is clearly different. It is hugely ambitious and by their own admission has an awfully long way to go. We think that what we offer, and where we are strong is pretty differentiated from the sort of capability that they are developing. They are largely focus on highly distributed services, such as residential broadband, and this comes in part from the low-altitude LEO architecture. We are focused on serving high flexibility, high-throughput, carrier-grade services. In the short to medium term, I don’t think there is much crossover between Starlink and ourselves.

VIA SATELLITE: That maybe true, but they are targeting mobility and government, which are big targets for SES.

Collar: If we speak about commonalities first, we absolutely agree that low-latency and high-performance services are necessary, which is why we were the first to invest in an NGSO [Non-Geostationary] constellation and still the only ones successfully operating one today. After that, if you look at the architectures of the various LEOs and then compare to what we bring with MEO and multi-orbit, each is naturally suited better to delivering certain services more competitively.

LEO requires hundreds and in Starlink’s case, thousands of satellites deployed close to the Earth and the network performance tends to be defined by the performance of each individual satellite. This translates to relatively low throughput, relatively low return capability and distributed evenly across the planet. So a good network for LEO is a distributed one with lots and lots of end points requiring limited service per site and limited flexibility in terms of where and when to deliver service. If you analyze the requirements from cruise, aviation, and government, you typically find the need for high bandwidth, carrier-grade services with a lot of flexibility in location and demand over time. We think being further away from the Earth, and having access to MEO [Medium-Earth Orbit] and GEO [Geostationary Orbit] in a seamless and integrated way gives us meaningful advantages in the way we can address these markets.

It doesn’t mean to say we will never compete if they are ultimately able to launch mobility services, but we feel we have a compelling value proposition in these segments.

VIA SATELLITE: Given what you have said and what SES is doing in MEO and GEO, is a LEO play off the table for SES?

Collar: We are not religious about orbits. There are things that we could do from LEO that are pretty attractive and we have some exciting projects that we are working on that I hope we will be in a position to announce soon that will likely leverage LEO. We have long said we are a multi-orbit operator. What I can say with a pretty high degree of confidence is that our future does not lie in a large LEO broadband constellation.

VIA SATELLITE: Last year, Rodolphe Belmer and Steve Spengler announced they were leaving their positions on the same. Does this feel like a changing of the guard at the top of the satellite industry?

Collar: My pre-SATELITE group selfie is going to look different to what it has in the past! I have huge respect for Rodolphe, Steve, and also Rupert Pearce who has also moved on from the industry in recent months and they have all led the industry and their respective companies with great skill. That said, a bit of change is healthy, especially in our industry, which can sometimes be a little incestuous. We will be welcoming two new CEOs in addition to Rajeev Suri who came into our industry six to nine months ago at the next SATELLITE and I am looking forward to it!

VIA SATELLITE: We saw some interesting deals this year between satellites and telcos – AT&T/OneWeb, Eutelsat/Deutsche Telekom. Are we seeing a shift in terms of attitude in terms of telcos and satellite players partnering together?

Collar: I hope so. We have been talking at SES for a while about taking satellite mainstream and integrating into larger ecosystems – cloud, mobile, telco, etc. We have significant partnerships with the likes of Claro, Airtel, among others. It is an important part of our business today and our future. We need to distinguish between framework agreement deals and deals that are revenue generating. There is a mixture of both in the ones that you mentioned. But the very fact that those framework agreements are being put in place suggests that there is greater integration between satellite and telco and that is a good thing.

VIA SATELLITE: How do you see the 5G market in the U.S. for SES after C-band clearing and relocation activities have finished up?

Collar: We have been a big enabler of 5G in the U.S. and a big supporter of 5G leadership in the U.S. Alongside the satellite industry, we have come together to figure out how we could repurpose C-band while still protecting our customers. I feel proud of the role we have played there and from a financial standpoint, it has given us a lot of firepower to invest. In terms of what 5G will mean for satellite, I believe it will become a significant opportunity for us in the years to come. In the short-term, 5G will largely be deployed in high density areas. But there are specific parts of the 5G standard that will allow satellite to play a more meaningful role than has been the case until now. Whether that is in the U.S., or elsewhere, we will see opportunities for high performance, lower latency services to play a meaningful role in 5G.

VIA SATELLITE: If you could pick one vertical – mobility, government, consumer broadband, video — which excites you the most over the next two to three years?

Collar: This is a tough question. If I really have to pick one, I would say government, because we have the most to offer in terms of significantly upgrading the kinds of capabilities that governments can get access to. Integrating commercial capabilities like ours with government capabilities is what we excel at, and we have a real voice and a real seat at that table. I think our relevance in delivering secure, state-of-the art, sovereign services increase dramatically with the arrival of O3b mPOWER.

However there are exciting developments and areas of growth in all segments too. Right now, I am excited about some of the things we are seeing in video. Notwithstanding that we are in a more mature phase of this industry, what we are doing with HD+ in Germany, growing subscribers, launching new products and creating value at the customer edge is really exciting. Having direct access to consumers keeps us both honest and young. More to come here for sure.