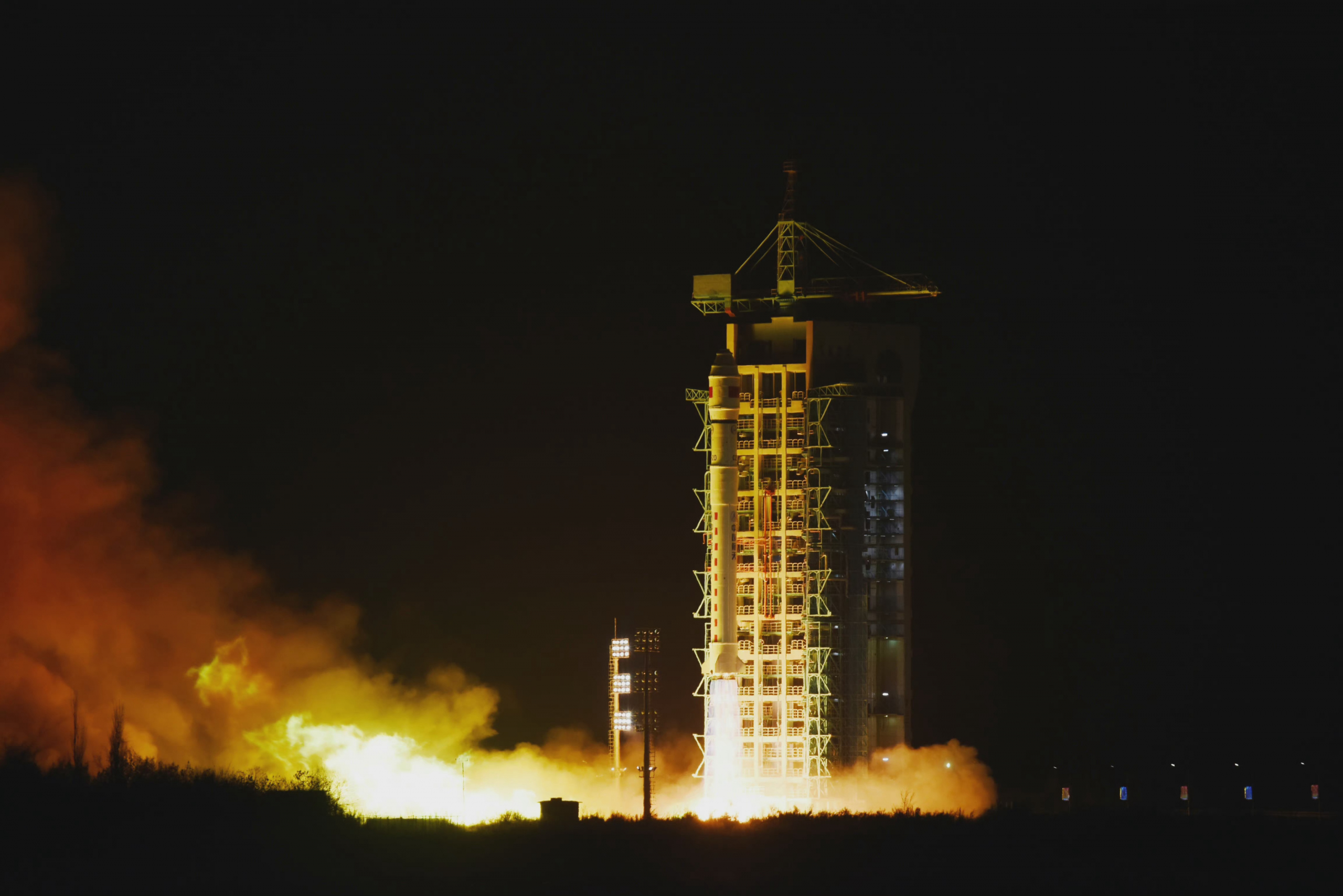 China has launched the Tianhui 4 cartography satellite onboard a Chang Zheng 2D today. Liftoff occurred at 11:13 UTC from the Jiuquan launch site in China. The target orbit for the payload was a polar orbit. The satellite will be used for Earth observation and mapping for civil and military uses. The weight and structure of the payload are not known at this point.

This was the 54th launch from China in 2021. There was a second launch later today, with a Chang Zheng 3B/E launching from Xichang. That launch occurred at about 16:26 UTC.

The name Tianhui translates to “Sky drawing.” They are part of the Ziyuan program to survey the Earth for civil and military uses. The program first started in 2005, with the approval of the planned launches, and the first launch was conducted in 2011 with Tianhui 1-01.

The previous 1-0X version of the Tianhui satellite used the CSAT2000 space bus. However, it was confirmed that this flight used a double satellite dispenser, which indicates that more than one payload was on board for this flight. Strangely only one name for the payload was given in the confirmation of a successful launch. It is not known at this point if the second payload was part of the Tianhui program or a different payload that was launched together with Tianhui 4.

Previous spacecrafts were equipped with three Earth observation instruments. A panchromatic camera and a panchromatic CCD camera, with a ground resolution of five meters each, and a multi-spectral imager with a resolution of 10 meters.

The Chang Zheng 2D (CZ-2D) rocked that was used for this launch is a two-stage vehicle developed and manufactured by the SAST. It is mainly used for Low Earth Orbit (LEO) and Sun Synchronous Orbits, and can lift up to 3,500 kg to LEO and 1,300 kg to SSO. 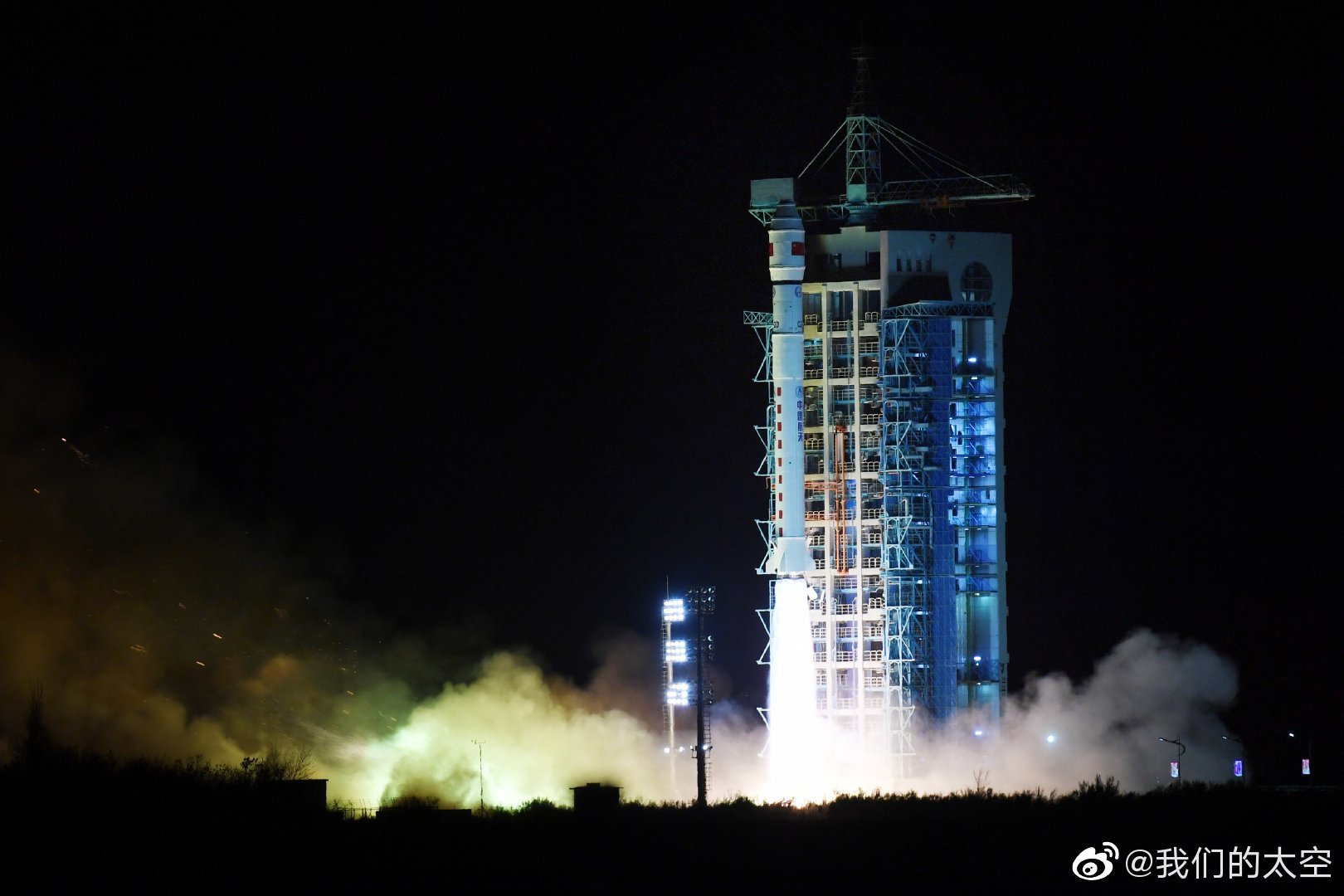 Chang Zheng 2D lifts off from Jiuquan with Tianhui 4

Up until this point, the rocket launched 57 times, including this launch, of which 56 were a complete success. The only partial failure so far was the launch of the Super View-1 satellites in December 2016, which deployed the satellites lower than expected. The maiden flight of this configuration was in August 1992 with the launch of the FSW-2 reconnaissance satellites.

The rocket stands 41.05 meters tall with a diameter of 3.35 meters for the first and second stage. The mass at liftoff is 232,250 kg. Like most early Chang Zheng rockets, it uses the hypergolic propellant combination of unsymmetrical dimethylhydrazine (UDMH) and dinitrogen tetroxide (N2O4). This combination was also used on the Dongfeng 5 missiles, which is the origin from which the CZ-2D was developed. 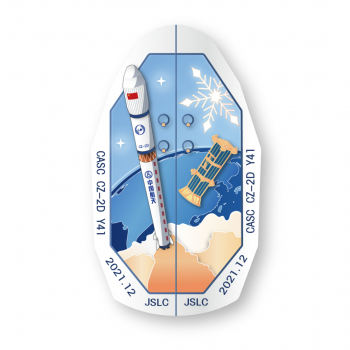 The first stage has a height of 27.91 meters and a propellant mass at liftoff of 182,000 kg. It uses four YF-21C engines with a liftoff thrust of 2,961.6 kN and a specific impulse of 260 seconds. The four engines are an updated version from the YF-21, which originally flew on the Chang Zheng 2A. Variants of the engines are used on the Chang Zheng 2, 3, and 4.

After the first stage is done with its burn, the second stage takes over. It stands 10.9 meters tall with the same diameter as the first stage, 3.35 meters. Before ignition, it weights 52,700 kg. As an engine it uses the YF-24C module, which consists of a single YF-22C main engine and four YF-23C vernier engines. The main engine provides 742.04 kN of thrust, while the four side engines provide a combined thrust of 47.1 kN. The efficiency of the main engine is 300 seconds of specific impulse.

In a very rare case, this rocket is capable of using the YZ-3 third upper stage. However, this was only used once on the Yunhai-2 launch in December of 2018.

The rocket flew from the Jiuquan Satellite Launch Center, which was first opened in 1958. It is named after the nearby city of Jiuquan in the Gansu Province and used for a variety of launch vehicles. It consists of three launch areas with six pads. Currently only Launch Area 4 is used, with launch capabilities for the CZ-2C/2D/4B, the CZ-4C, and the CZ-11.

While the modern Wenchang Spacecraft Launch Site of China is closer to the coast, so it does not potentially endanger populated areas, the launch complex in Jiuquan is not capable of discarding stages into the ocean. This can cause issues with falling rocket stages that can be a threat to villages and the residents.