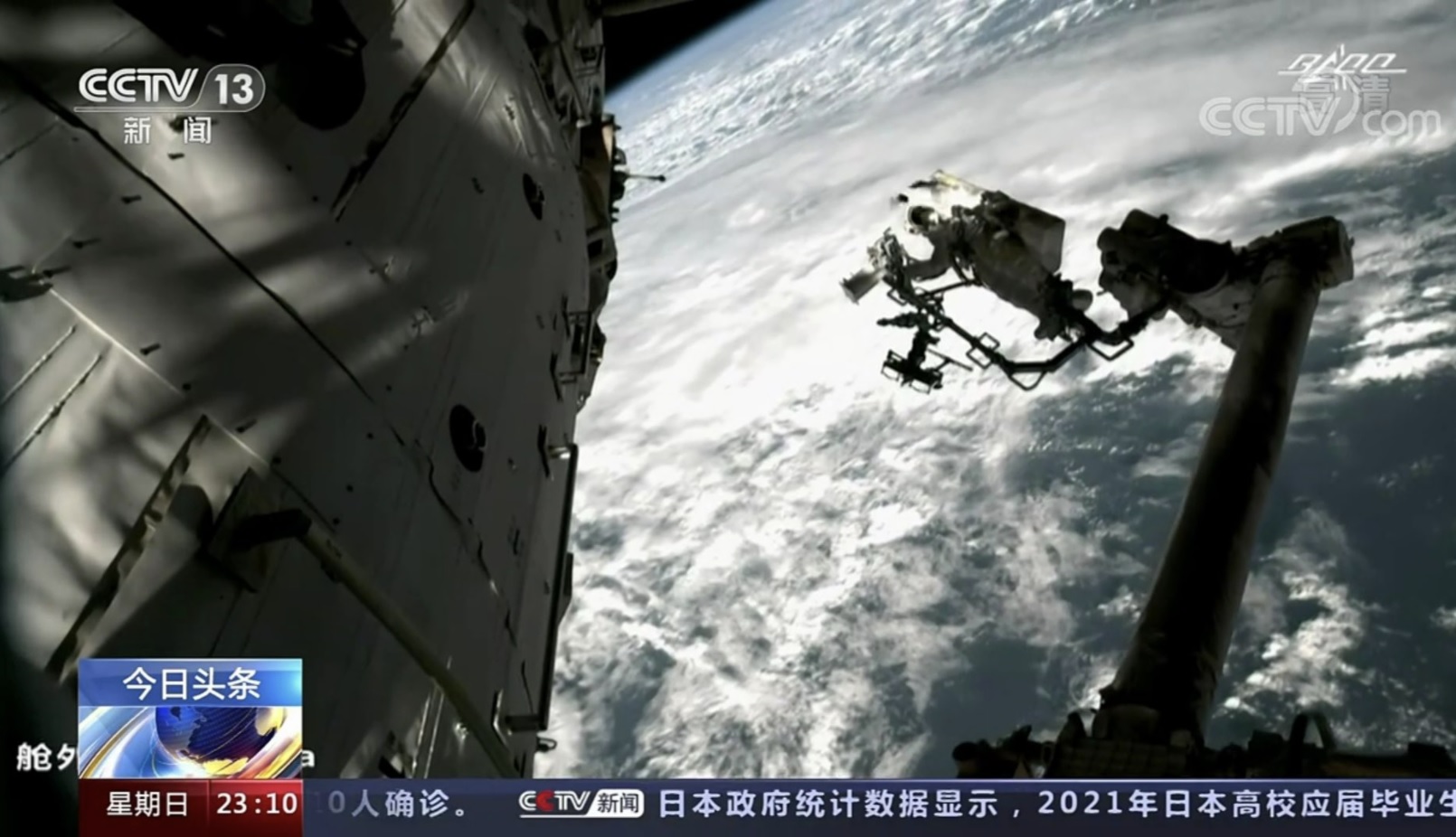 The Shenzhou-13 crew has conducted the second EVA of its mission, with taikonauts Zhai Zhigang and Ye Guangfu exiting the Tianhe core module to conduct a six-hour spacewalk. Meanwhile, Wang Yaping stayed inside the station to assist, over a month after she became the first Chinese woman to walk outside her spacecraft.

During the EVA, the taikonauts were to deploy an external camera known as “panoramic camera C,” install a foot restraint platform, and test various methods of translation (movement) of objects outside the station. These objectives appear to have been successfully conducted.

The EVA started at 10:44 UTC on December 26 and concluded at 16:55 UTC after conducting some object translation tests outside the station, for a total time of six hours and 11 minutes spent outside. This was the first EVA for rookie taikonaut Ye Guangfu and the third EVA for Zhai Zhigang, who walked outside with Wang Yaping on the November 7 EVA.

Zhai has prior EVA experience not only from that EVA but also from the Shenzhou-7 mission in 2008, when he became the first-ever Chinese taikonaut to walk in space, donning his Chinese-made Feitian spacesuit and walking outside the Shenzhou spacecraft for 22 minutes. 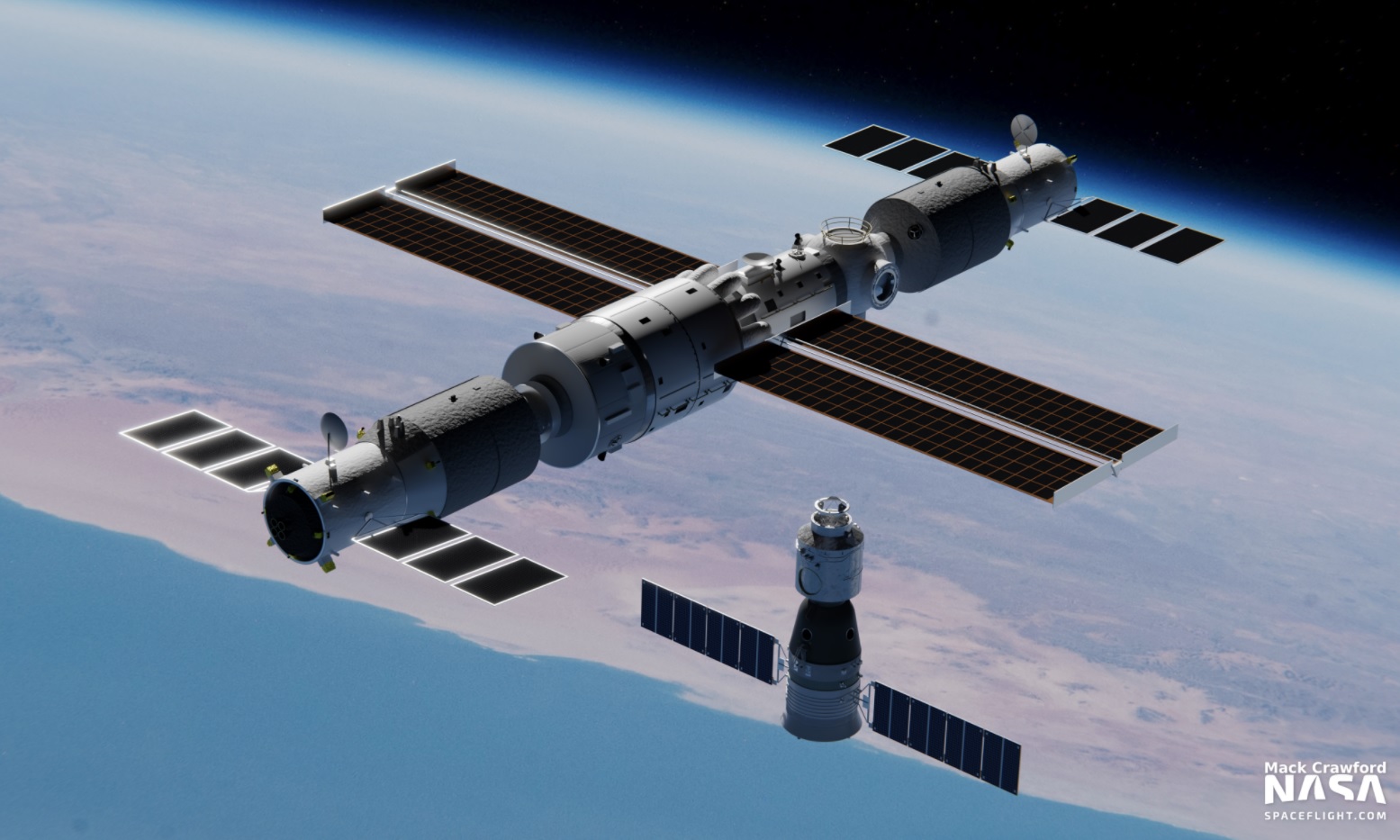 On that mission, he joined astronaut Ed White and cosmonaut Alexei Leonov in becoming the first citizen of his country to walk in space from a spacecraft his country had built, launched, and flown on its own, while Liu Boming conducted a stand-up EVA of his own during Zhai’s spacewalk, wearing a Russian Orlan suit as a backup.

For the Shenzhou-13 mission, the taikonauts are using an improved second-generation version of Feitian (“flying in the sky” in Chinese) which offers support for eight-hour EVAs compared to the original’s four hours, as well as improved mobility. The Feitian is based on the Russian Orlan suit with a similar manner of entry through a “back door.”

Taikonaut Ye, in the suit marked with yellow stripes, walked out of the station first, followed by Zhai in the suit with the red stripes, and they installed the panoramic camera before testing various methods of movement outside the station, including being moved around on the end of the station’s robotic arm controlled by taikonaut Wang.

The taikonauts also installed a foot restraint on the station and practiced cooperating with each other to move objects on the outside of the station without benefit of the robotic arm. The arm is similar in principle to the Canadarm used by the International Space Station, with one notable difference seen in footage from this EVA. The Chinese arm features handholds along the length of the arm, presumably so that taikonauts can walk on it up to the platform on the end of the arm or to its joints to inspect them. 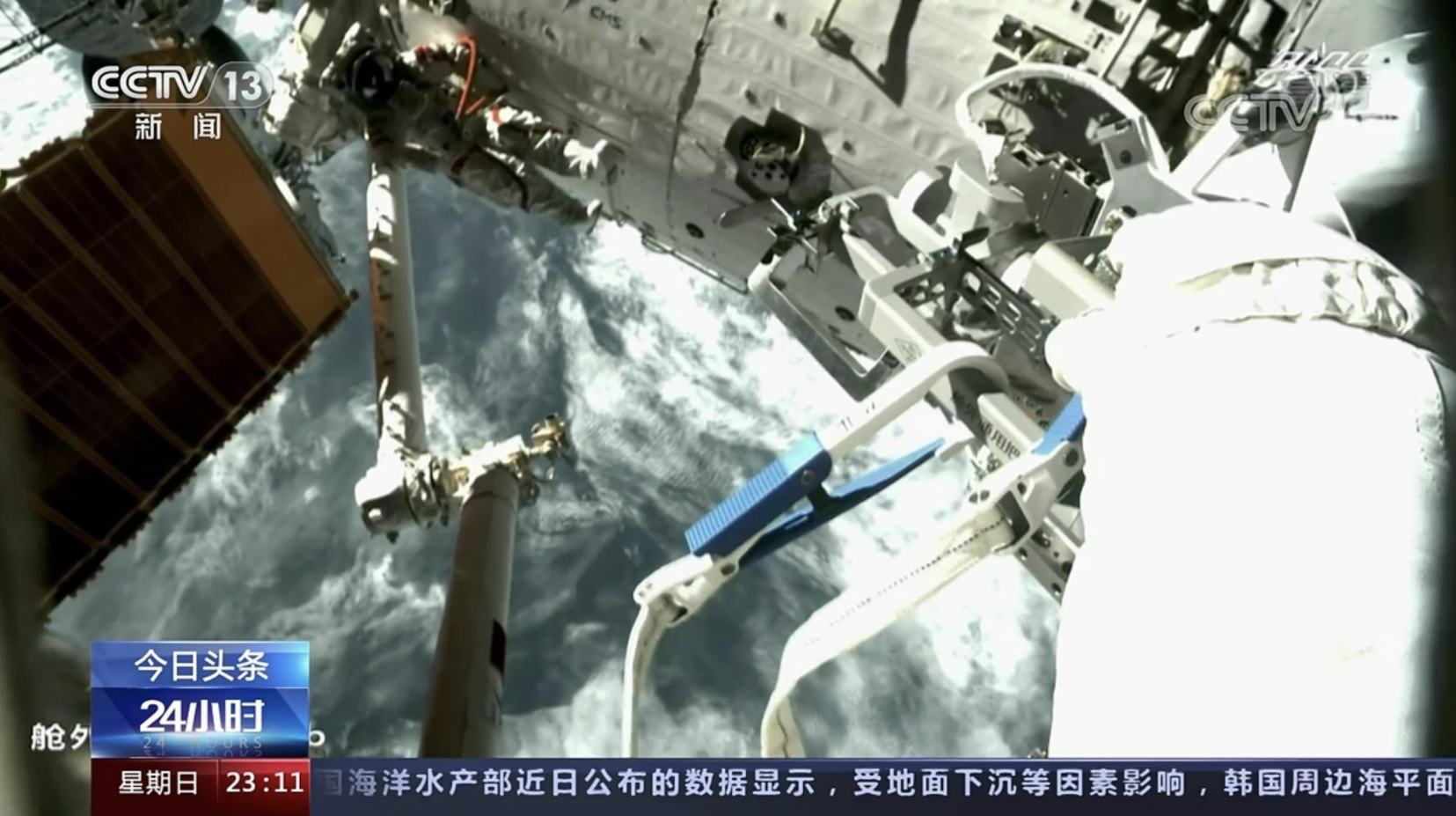 The taikonauts’ six hour and 11 minute spacewalk brings the overall time on EVA to 12 hours and 36 minutes for the Shenzhou-13 mission, as well as 12 hours and 58 minutes in three spacewalks for Zhai Zhigang. This is China’s fifth spacewalk overall and the fourth spacewalk conducted outside the Chinese space station.

So far the Chinese program has accumulated 25 hours and 41 minutes of EVA time over five spacewalks since the first crewed Shenzhou flight in October 2003. By comparison, the International Space Station program has accumulated 245 spacewalks over 23 years, totaling 1548 hours and 26 minutes by astronauts and cosmonauts walking outside their spacecraft.

There are many more EVAs planned for the lifetime of the Chinese Space Station, which is planned to last for at least ten years. As 2021 draws to a close, the Chinese crewed program is looking to finishing out its first long-duration crewed flight when Shenzhou-13 is scheduled to return to Earth in April after approximately 180 days (six months) in orbit, similar to an ISS crew rotation.

The upcoming year will also feature the build-out of the station, with the Wentian and Mengtian science modules to be installed later in the year, as China gets ready to join the United States and Russia in permanent human presence in low Earth orbit.