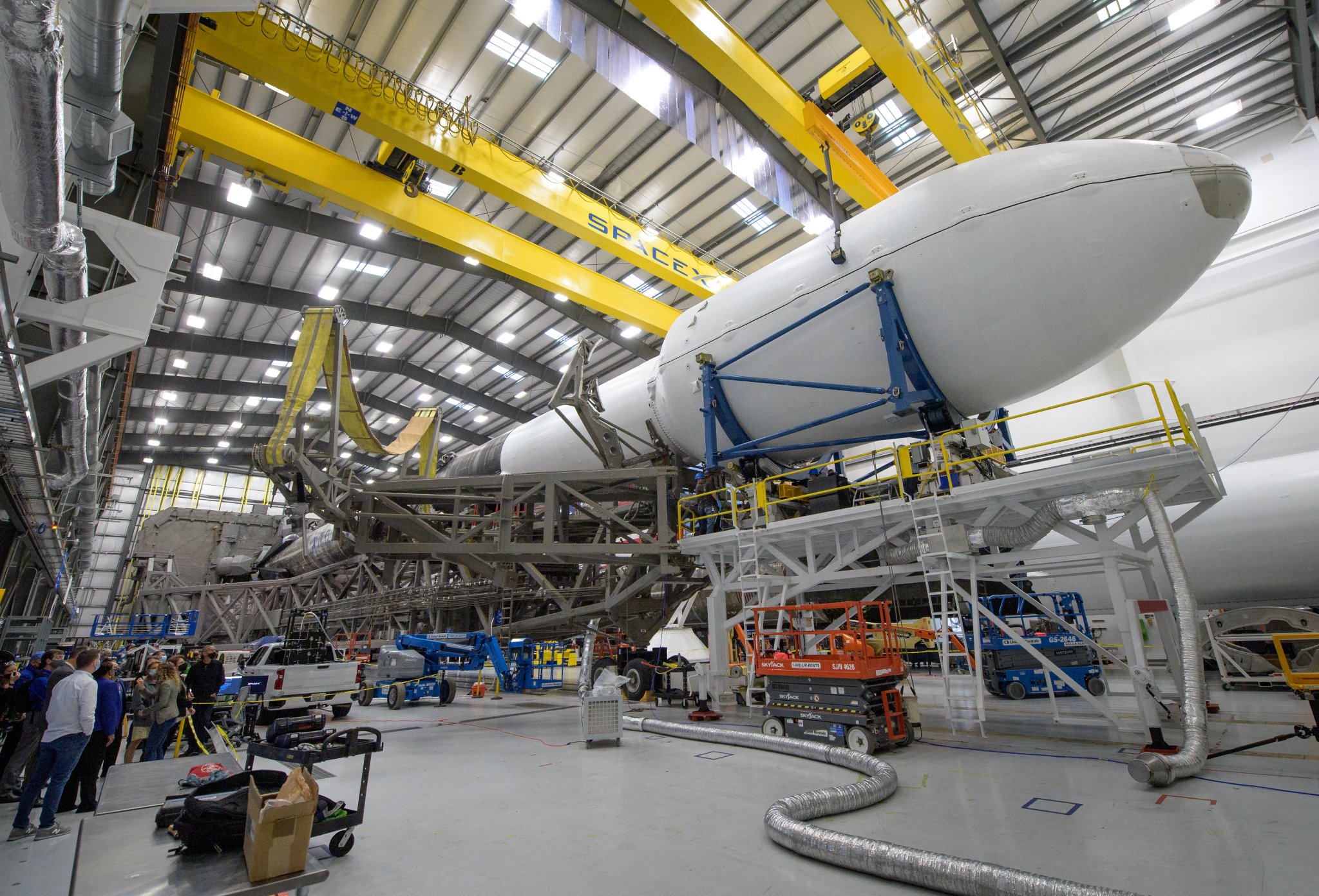 SpaceX is preparing to launch NASA’s DART (Double Asteroid Redirect Test) mission onboard a Falcon 9 rocket. DART is a demonstration mission to determine the effects of an intentional impact on an asteroid. DART’s collision with the asteroid moon Dimorphos is set for October 2022.

The launch of the small spacecraft from SLC-4E at Vandenberg Space Force Base is scheduled for November 23rd at 10:21 Pacific Time (6:21 UTC on November 24th).

This launch, the third flight of Falcon 9 first stage B1063, will be the 26th Falcon 9 launch of 2021. It will mark the start of a surge of launches in November and December, with four additional Falcon 9 launches planned before the end of the year.

B1063 previously launched the Sentinel-6 Michael Freilich satellite from Vandenberg and the Starlink L28 mission from Cape Canaveral.

DART’s launch opportunity on November 23rd is an instantaneous launch window, the weather during which is forecast to be 90% GO, and 100% GO for the backup window 24 hours later. The launch time would be pulled one minute earlier per day if the flight is delayed. The mission’s overall launch window will run until February 15, 2022. 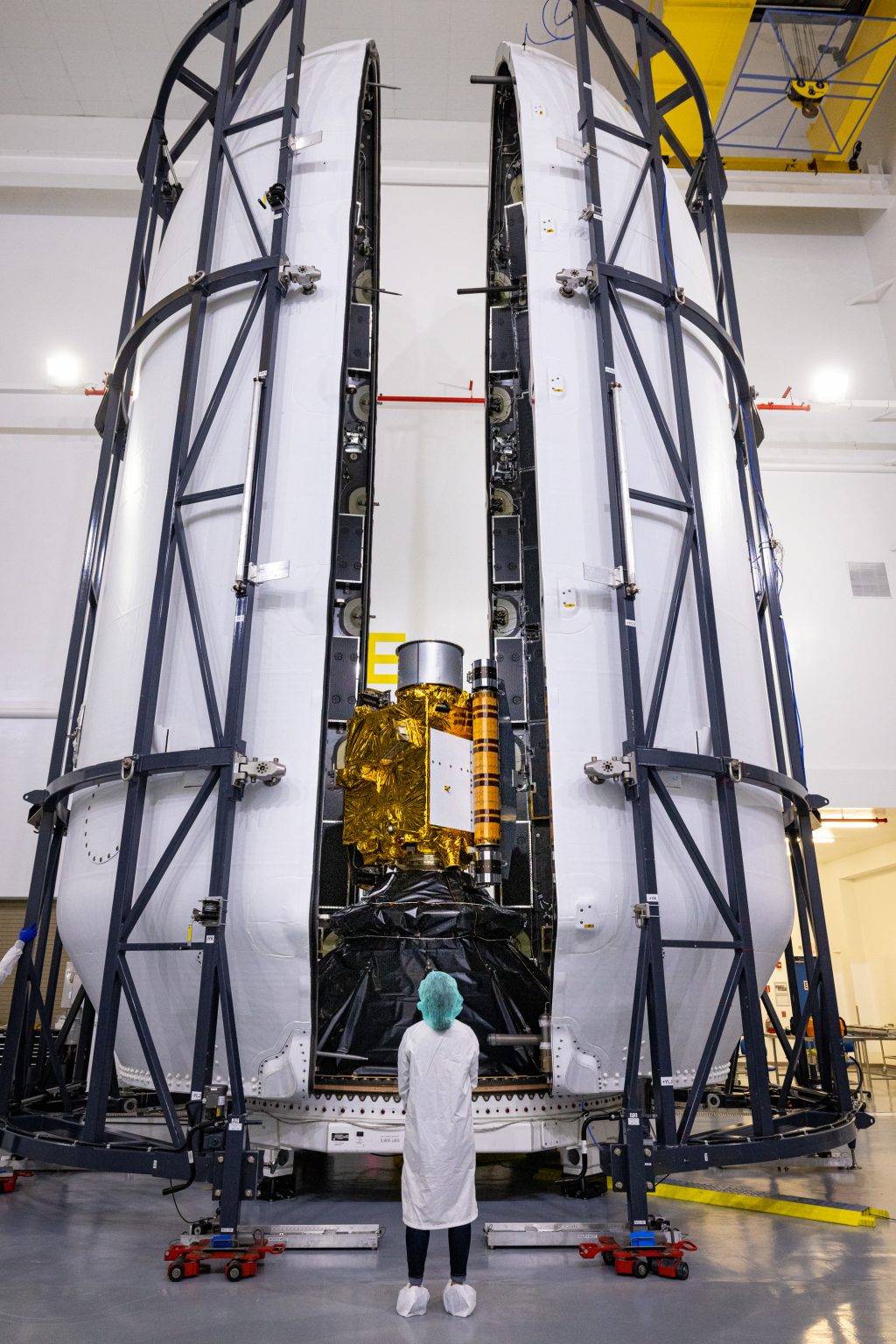 The Falcon 9 will lift off on a southbound trajectory, with stage separation occurring some two minutes and thirty seconds into flight. The first stage will aim for a landing on the drone ship Of Course I Still Love You, stationed off the coast of Baja California.

Meanwhile, the second stage will perform a small “dogleg” maneuver to place itself and DART into a 200×300 km 64.7-degree inclined parking orbit. The two fairing halves will later be recovered from an area south of the drone ship.

After a short coast period, the second stage engine will reignite to send DART onto an escape trajectory away from the Earth. This will set up DART to intercept the asteroid Didymos and its moon Dimorphos 10 months from now.

The payload adapter, a new smaller design making its first flight, will release DART following the cutoff of the second stage. Next, the spacecraft will deploy its two 27.9-foot long ROSA solar arrays, enabling the spacecraft to become power-positive, a critical step that must happen soon after spacecraft separation.

DART will test several new technologies during its cruise to the asteroid and its moon. This includes the NEXT-C ion engine based on the engine Dawn used to fly to the asteroids Vesta and Ceres. DART will also trial a new compact high-gain antenna called the Radial Line Slot Array to send and receive data.

In addition, a portion of the probe’s solar array is equipped with reflectors and higher-efficiency solar cells to improve power generation. 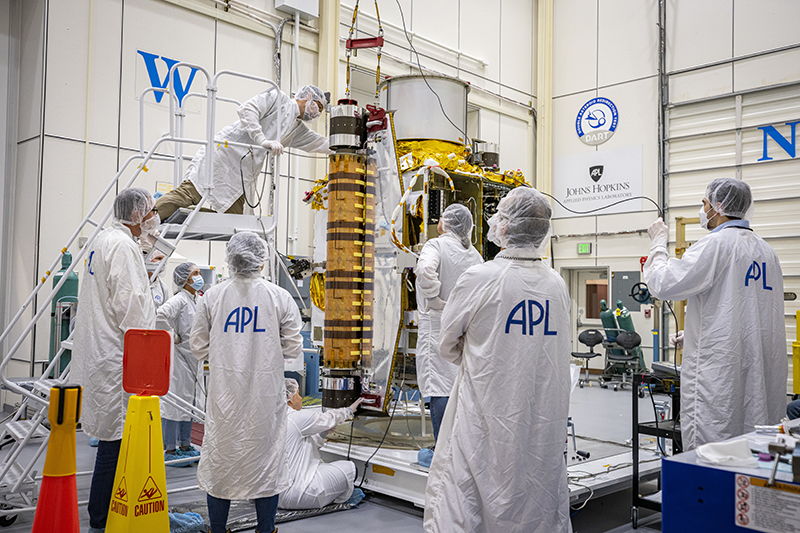 DART after the ROSA panels were installed. One ROSA (the golden cylinder) is visible on the left side of the spacecraft. (Credit: NASA/Johns Hopkins APL)

However, DART’s primary mission is to test one technique for modifying an asteroid’s orbital path. This spacecraft will be autonomously maneuvered to a direct impact of the moonlet Dimorphos. The kinetic impact is meant to change the velocity and path of the moonlet’s orbit around Didymos.

Dimorphos currently orbits Didymos with a period of 11 hours and 55 minutes. DART’s collision into Dimorphos is expected to change its orbital time to 11 hours and 45 minutes. However, as this is the first time a solar system body would have purposely had its orbit altered by a spacecraft impact, the actual effects of the impact will be studied by multiple methods and could differ from preflight projections.

Ten days before the kinetic impact, DART will release an Italian-built CubeSat known as LICIACube, which will image the impact and the far side of Dimorphos. Sixty minutes before impact, DART’s single instrument, a camera called DRACO (Didymos Reconnaissance and Asteroid Camera for Optical navigation), will see Dimorphos as a tiny dot. At this point, its final approach will start. 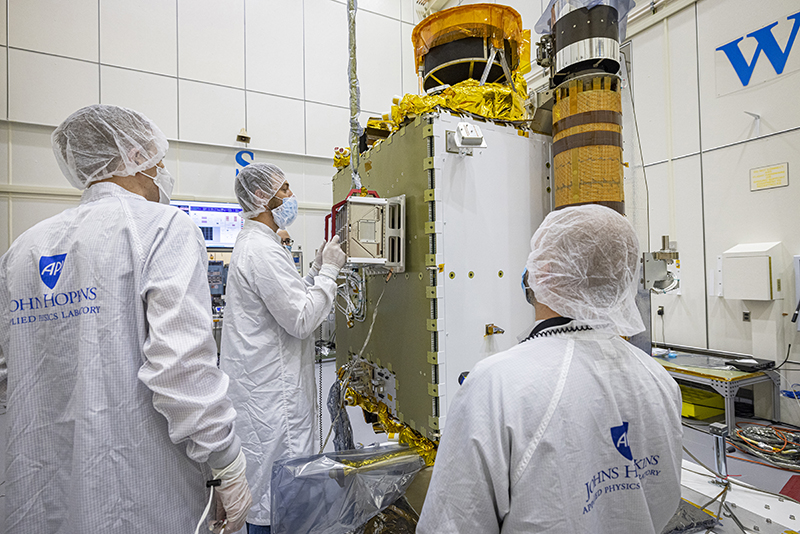 DART will autonomously guide itself to the impact with Dimorphos using its SMART NAV system and the images from DRACO. These images will be used to characterize Dimorphos’ surface, which could be anything from a rubble pile to solid rock. Two minutes before impact, the spacecraft maneuvering will be finished. Twenty seconds prior to impact, Dimorphos will fill the camera’s field of view, and the images will continue to be transmitted until the collision.

LICIACube will image the debris resulting from the impact, which will be a measure of how forceful the event was. Ground-based telescopes will also be used to measure how much Dimorphos’ orbit around Didymos was changed. Didymos itself is not expected to be hit by any debris from the collision due to the trajectory chosen by the DART team.

The Didymos system was chosen for this mission for several reasons. The main factor is that the system comes close to Earth but never crosses Earth’s orbit, and thus is not a threat to the planet. DART’s impact would not change this. In addition, this proximity to Earth means DART requires a less powerful launch vehicle and will arrive at Dimorphos relatively quickly.

Dimorphos is approximately 170 meters in diameter, similar in size to a football stadium, and falls within the size of objects that would pose the most threat to Earth. Its parent body’s diameter is approximately 780 meters.

The DART mission will be followed up by the European Space Agency’s HERA mission in 2027, which will study the changed Didymos system and the altered Dimorphos moonlet. The data obtained from these missions will inform efforts to divert future asteroids using the kinetic impact method, one of several methods proposed to avert a catastrophic asteroid impact like the one that killed off the dinosaurs 65 million years ago.