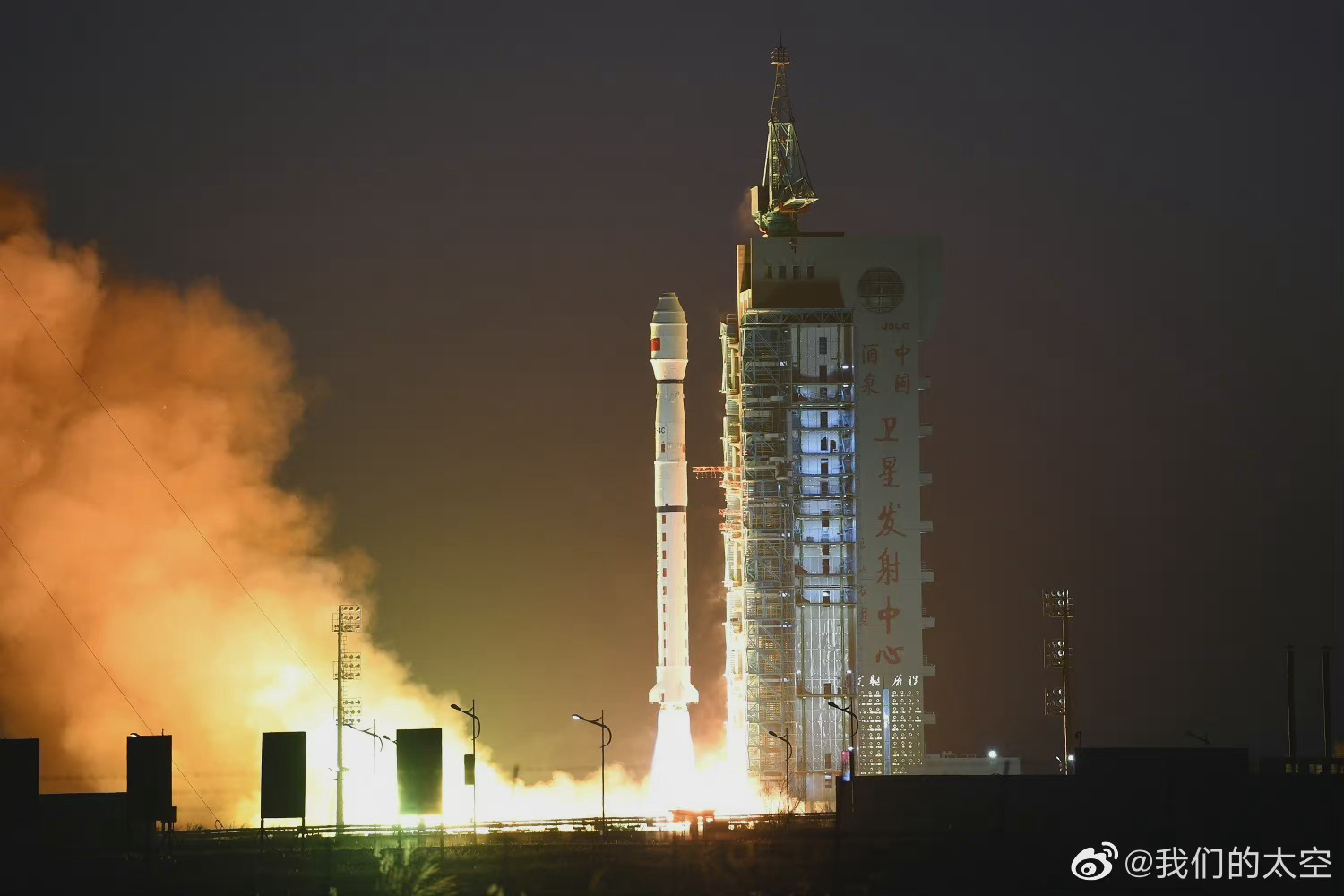 The Gaofen-3 satellites are based on the CS-L3000B bus, built for a lifetime of up to eight years. They are equipped with a Synthetic Aperture Radar (SAR) and a data transmission system and utilize Control Moment Gyros (CMGs) for orientation in space.

The Gaofen 3 series are built and developed by the China Academy of Space Technology (CAST), which is part of the China Aerospace Science and Technology Corporation (CASC). They are the main spacecraft production and development center of China and were involved in the launch of the country’s first successful artificial satellite, Dong Fang Hong I.

This satellite is part of the Chinese High-resolution Earth Observation System (CHEOS) program, which was proposed in 2006 and initiated in 2010 with the goal to improve and update China’s Earth observation system.

To oversee and execute the program, the Earth Observation System and Data Center – China National Space Administration (EOSDC-CNSA) was founded. It is part of the “One belt one road” regional development project of the Chinese government and provides geographical and environmental mapping as well as disaster observation and prevention.

Gaofen 3-02 will work with the original Gaofen-3 satellite, launched in August 2016 to a 735×747 km Sun-synchronous orbit, and will focus on ocean observation with an image resolution of one meter.

The first launch of a Gaofen (“high resolution”) happened in April 2013 on a Chang Zheng 2D. After that, 22 more Gaofen satellites entered service, with the latest installment being the Gaofen-5-02 mission in September 2021.

The vehicle for this mission was the Chang Zheng 4C (Long March 4C is used as the international name). It is 45.8 meters tall with a diameter of 3.35 meters and a liftoff mass of about 250,000 kg — with the majority of this being the first stage. 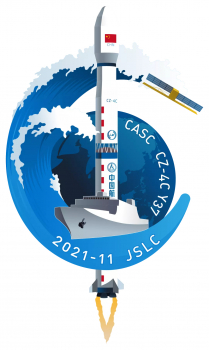 The Chang Zheng 4C (CZ-4C) is mainly used for low Earth orbit (LEO) and Sun-synchronous orbit (SSO) missions, like this particular one. It can lift 4,200 kg to LEO and 2,800 kg to SSO. The launch mass of this payload is reported to be about 2,779 kg.

The rocket has launched 37 times, including this mission, of which 35 were a success. The last failure occurred in May 2019 after the second stage underperformed for an unknown reason resulting in the loss of the Weixing-33 satellite. The satellite was replaced a year later.

The first stage of the CZ-4C stands 27.91 meters tall and has a liftoff mass of 182,000 kg. It is powered by four YF-21C engines which run on dinitrogen tetroxide and unsymmetrical dimethylhydrazine. This combination was also used in the Dongfeng 5 missiles, from which the CZ-4C was developed.

The second stage, with a length of 10.9 meters and the same diameter, uses a single YF-22C engine that produces a thrust of 742.04 kN along the four YF-23C vernier engines to steer the second stage on its way to orbit. In this configuration, the whole set of engines is called the YF-24C. It runs on the same fuel as the first stage.

The last stage has a smaller diameter of only 2.9 meters and a length of 14.79 meters. Its one YF-40 gas generator engine runs on the same fuel combination as the first two stages, but with a thrust of 100 kN and a specific impulse of 412 seconds, it is used to place payloads into the desired orbit. 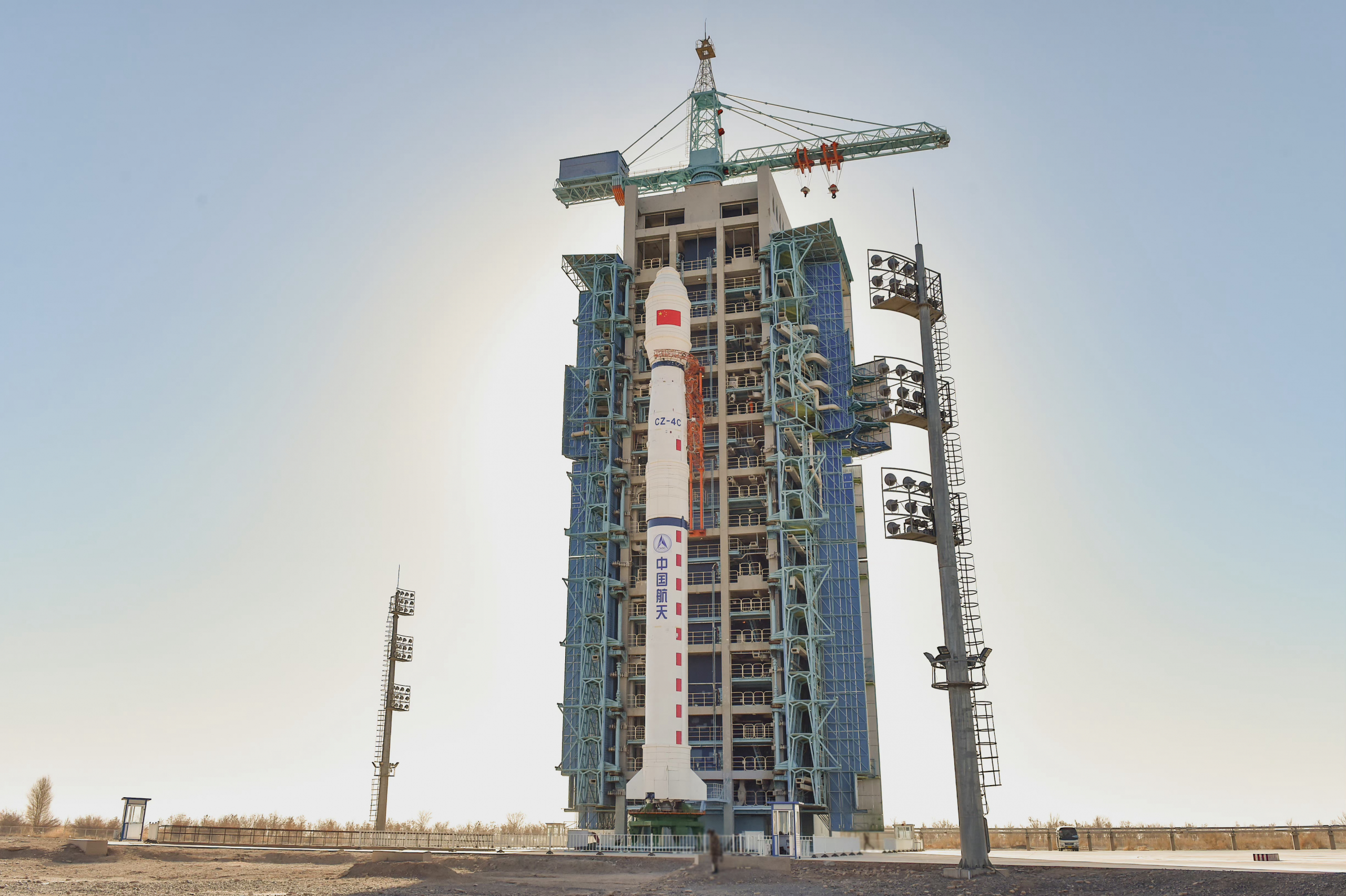 The Chang Zheng 4C for the Gaofen 3-02 mission on the pad in Jiuquan.

The rocket flew from the JSLC, which was first opened in 1958. It is named after the nearby city of Jiuquan in Gansu Province and is used for a variety of launch vehicles. It consists of three launch areas with six pads. Currently, the center supports launch capabilities for the CZ-2C/2D/4B, the CZ-4C, and CZ-11.

While the modern Wenchang Spacecraft Launch Site of China is closer to the coast, so launches do not potentially endanger populated areas, the launch complex at Jiuquan is inland. This can cause issues with falling rocket stages that can be a threat to villages under the rocket’s flight path.

Overall, this mission was the 45th Chinese launch in 2021, with two more planned this week in the Ceres-1 mission on November 24 and a Chang Zheng 3B/E launch on November 26.