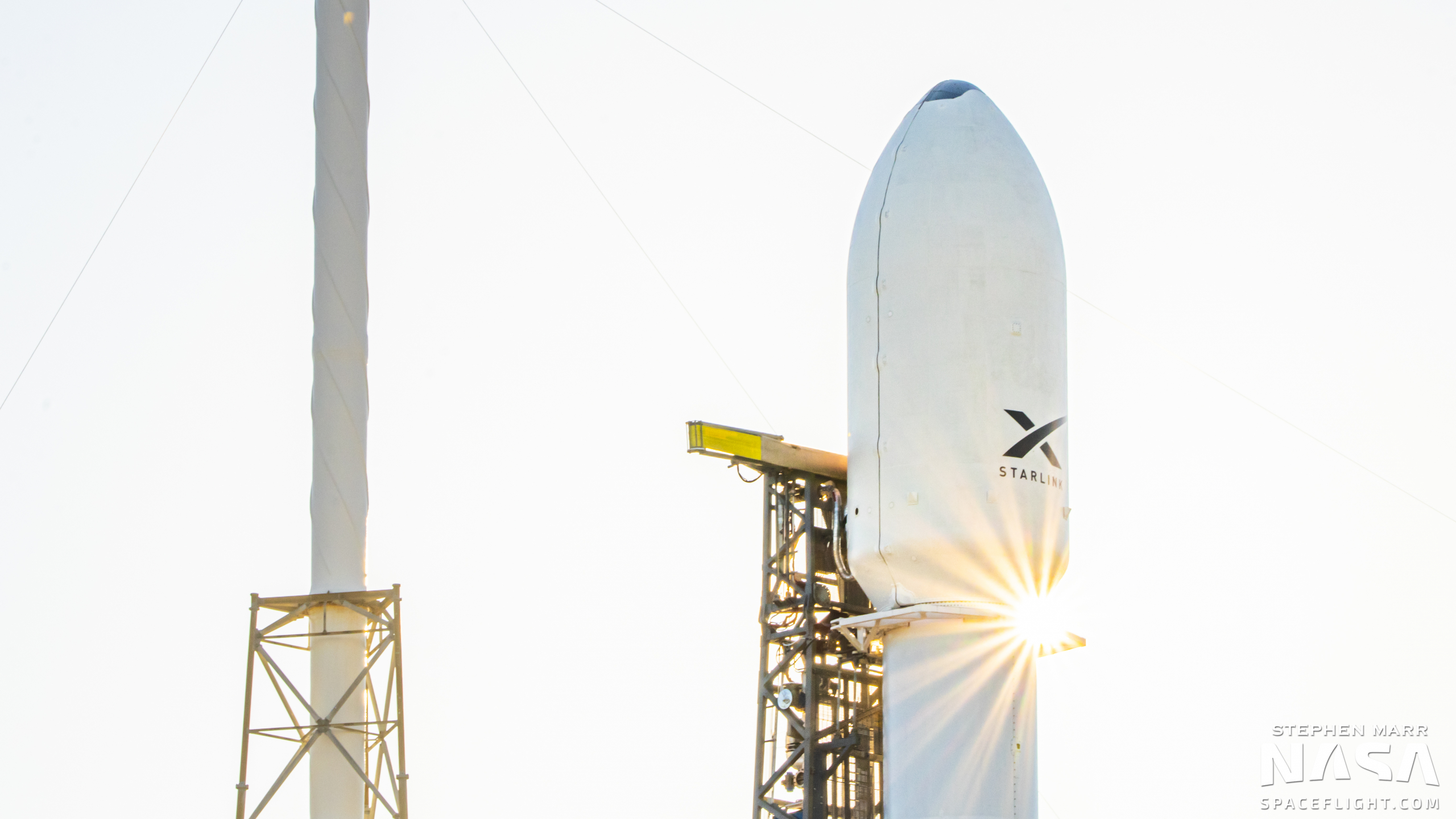 SpaceX is set to resume Starlink launches from the East coast as the company plans to deliver 53 second-generation satellites aboard to orbit, according to the hazard notice posted by Space Launch Delta 45. The launch is currently scheduled for 7:40 AM EST on Friday, November 12, from Space Launch Complex 40 (SLC-40) at Cape Canaveral Space Force Station in Florida.

Named Starlink 4-1, this is the first launch of the satellites which will be stationed in the fourth shell of the Starlink constellation.

This will be SpaceX’s first Starlink launch in almost two months and the first one from the East coast in over half a year.

Starlink, one of SpaceX’s two most capital intensive projects, has been under development for quite a while, with the first regulatory filings dating back to 2014. Over the years, the plan underwent various changes, but in February 2018, SpaceX’s Tintin A and B satellites, which were experimental precursors to the operational Starlink satellites, were launched as secondary payloads from then Vandenberg Air Force Base.

Fast forward to 2021, SpaceX teams have completed a major milestone by completing one of the five orbital shells, thanks to the rapid launch cadence of Falcon 9 and the production cadence of Starlink satellites.

The Starlink constellation consists of five groups of satellites or “shells,” which will operate at different altitudes and orbital planes.  The first shell is authorized to contain over 1,584 satellites, with 22 satellites in each of the 72 spaced planes at an altitude of over 550 kilometers.

Deployed at an orbital inclination of 53.2 degrees, these satellites will provide internet coverage over the Earth between 55 degrees North and 55 degrees South latitude.  By September 2021, SpaceX had launched over 1,740 satellites over the course of 30 missions, all of which have been either development spacecraft or satellites for the first shell, with over 141 of those deorbited.

With the launch of the first dedicated polar Starlink launch from Vandenberg Space Force Base on September 13, SpaceX started filling the constellation’s second shell which can hold a total of 720 satellites at a slightly higher altitude of 570 kilometers and an inclination of 70 degrees. This allows for better coverage in the northern parts of the Americas such as Canada’s territories or Alaska, as well as Northern Europe and Southern parts of the Pacific and Atlantic oceans. Currently, the second shell holds 51 satellites. 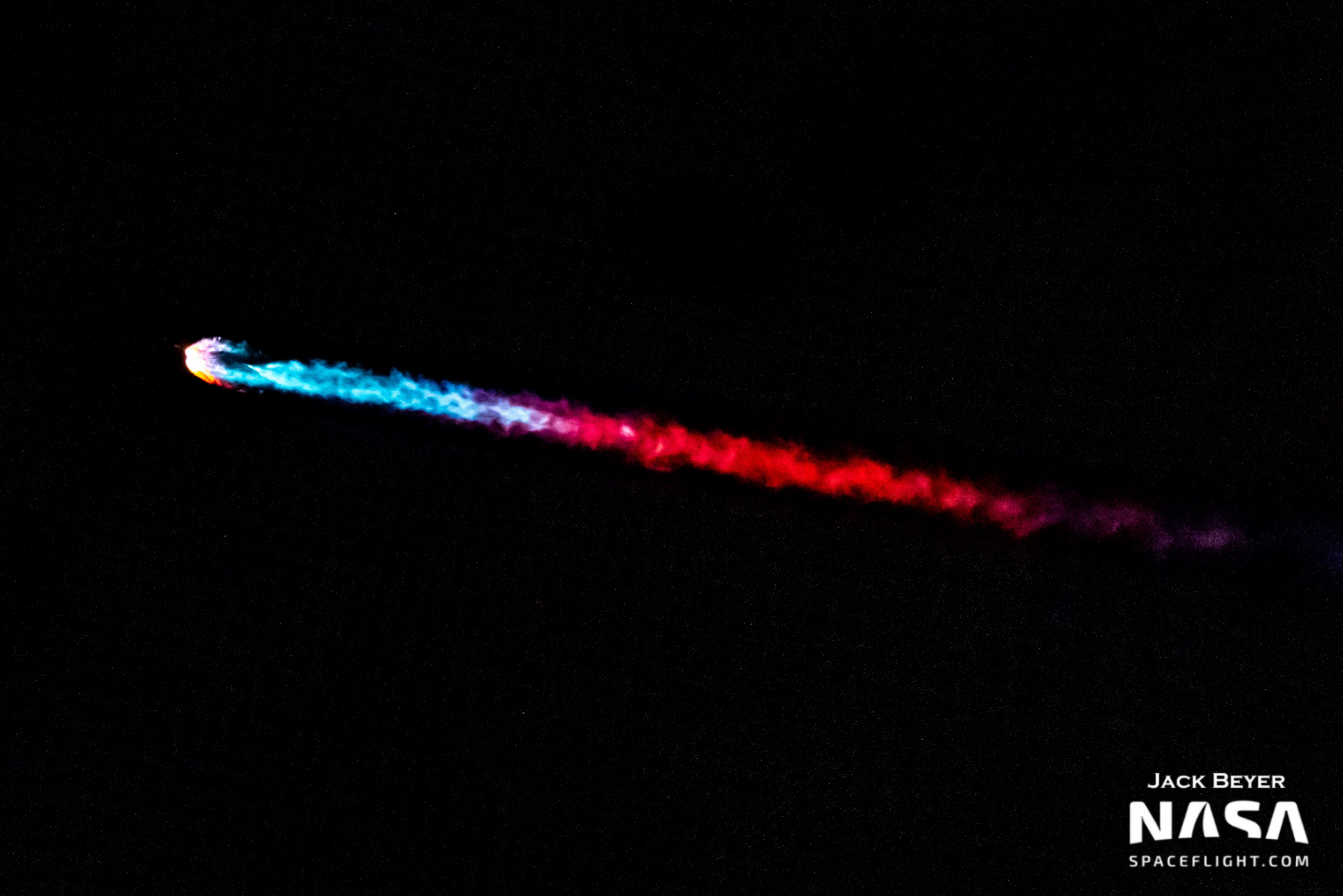 The satellites launched to the second shell are the second-generation Starlink satellites, also known as v1.5. These include upgraded inter-satellite links, which allow them to connect to nearby satellites without the use of a ground station, thereby extending coverage to high latitudes and mid-ocean areas.

This technology was first deployed in a small number of Starlink satellites launched to the Sun-Synchronous Orbit (SSO), utilizing spare spots on Falcon 9 smallsat rideshare missions. These satellites — launched in the 97.6-degree shell of the constellation — may have been used as a test-bed for this technology before being implemented in V1.5.

In recent weeks, Starlink’s activity in India has increased rapidly as the company plans to enter the Indian market. On October 1, Sanjay Bhargava was hired as the Starlink Country Director for India.

Bhargava previously worked with Elon Musk and was one of the founding members of Paypal.  On November 1, the company registered its business in India under the name: Starlink Satellite Communications Private Limited (SSCPL). 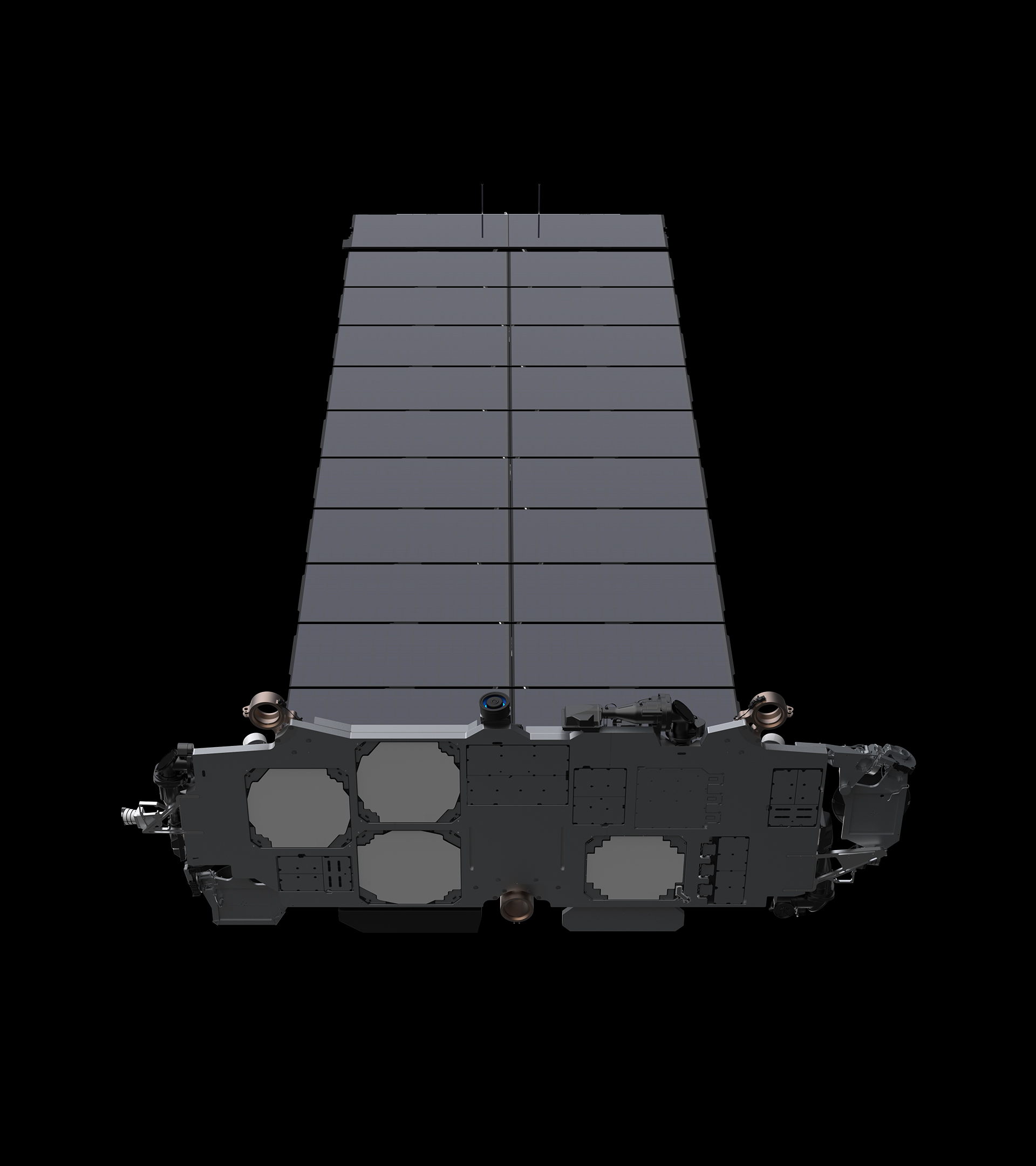 Render of a Starlink satellite – via SpaceX

“Pleased to share that SpaceX now has a 100 percent owned subsidiary in India,” wrote Bhargava in a LinkedIn post.
Having a local unit will allow the company to apply for licenses it needs from the government before it can provide its services in the country.

According to the company’s filings with the government, Starlink plans to “carry on the business of telecommunication services” including satellite broadband internet services, content storage, and streaming, multimedia communication, among others.

It will also deal in devices such as satellite phones, network equipment, wired and wireless communication devices, as well as data transmission and reception equipment, it said.

The company will also focus on “catalyzing rural development” in India through its broadband services, according to a company presentation shared by Bhargava.

Currently, SpaceX plans to have over 200,000 terminals active in India by December 2022. Although Bhargava also mentioned that, “Actual numbers may be much lower than that or even zero if we do not get the government approval, it is very unlikely that we will exceed 200k.”

Starlink has already received over 5,000 pre-orders for its devices in India.  Once allowed to provide services, the company will give 100 devices for free to schools in New Delhi and nearby rural districts and will also target 10 rural districts across India.

This will make up 80% of the terminals shipped to India. “We will be working with rural constituencies who are keen to have 100% broadband. Most of this will be provided by terrestrial broadband, but the hard to serve areas will be handled by Satcom providers like Starlink,” said Bhargava in a LinkedIn post.

India is regarded as an untapped market for such satellite internet since 75% of the rural areas in the country are devoid of an internet connection and connecting these areas using fiber has turned out to be cost-prohibitive.