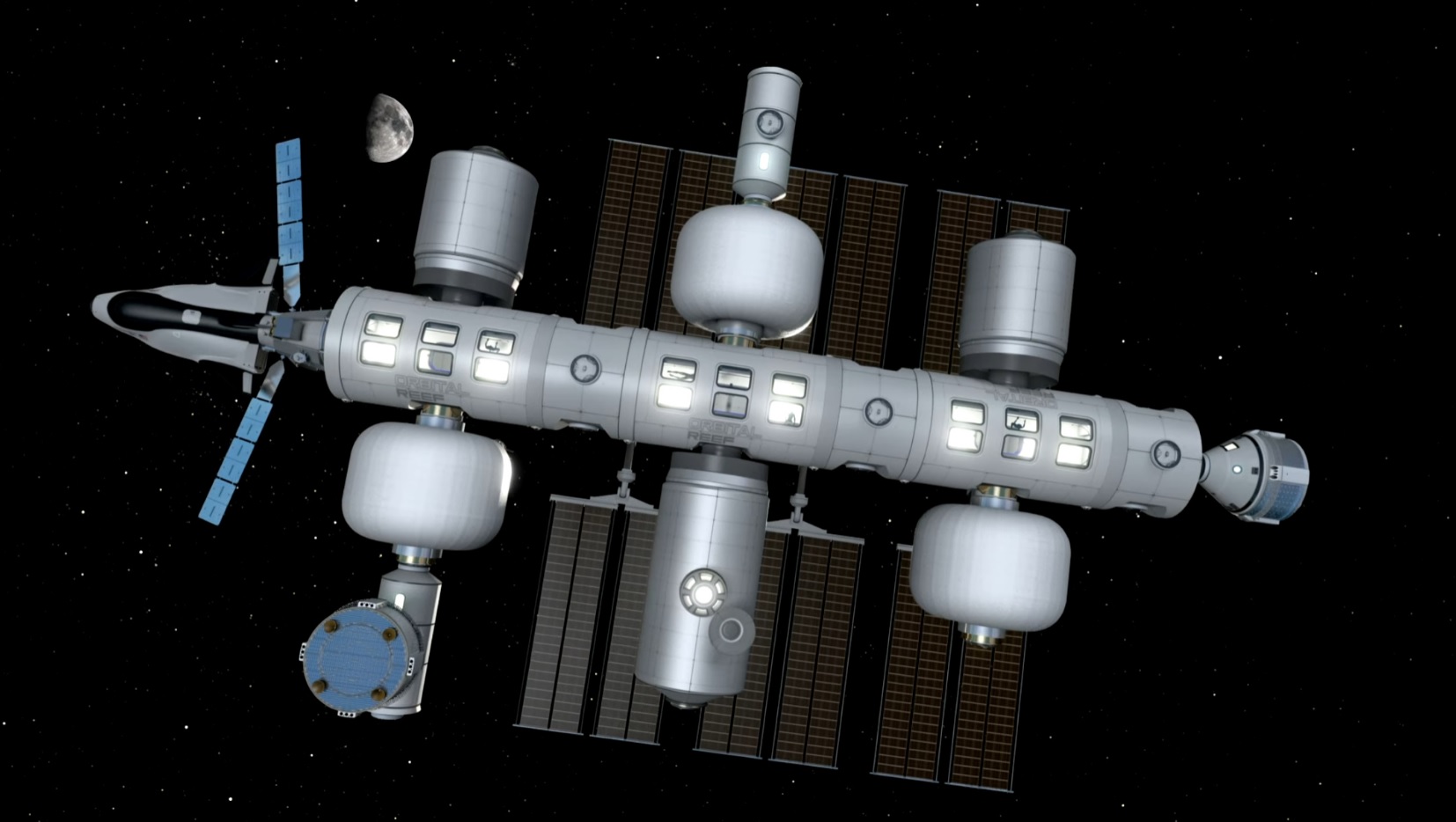 Amid a year of momentous developments in commercial spaceflight, including the all-civilian Inspiration4 mission and the first feature film to be shot in space, a consortium led by Blue Origin and Sierra Space has announced a commercial space station project known as Orbital Reef. The project is billed as a “mixed-use business park” that would use a 500-kilometer altitude orbit inclined 51.6 degrees to the equator.

The orbital altitude would be higher than that of the International Space Station, and the inclination would be the same as the ISS, allowing the project to use a Blue Origin-built space tug to collect usable ISS resources for Orbital Reef. This inclination would take Orbital Reef over most of the world, including launch sites in the United States, Kazakhstan, China, Japan, India, and South America.

Boeing not only would be tasked with providing Starliner for crew transportation but also science modules and station operations and maintenance. Jacksonville, Florida-based Redwire Space, a contractor that has provided sensors and components for many missions, is tasked with providing deployable structures, payload operations, and microgravity research support.

Genesis Engineering Solutions, a company based in Lanham, Maryland, is planning on developing the Single Person Spacecraft, a spacecraft designed to accommodate a single human being in a shirt-sleeve environment, supplanting traditional spacesuits for station servicing and tourist excursions away from Orbital Reef. Genesis does have experience with avionics and other components for space missions.

Arizona State University in Tempe, Arizona is leading a consortium of 14 universities that would provide research advisory services and public outreach. Vice president of the ASU Interplanetary Initiative and Psyche mission principal investigator Lindy Elkins-Tanton stated, “ASU’s going to bring together this international group of 14 universities to work with Orbital Reef on the ethics and guidelines of research on how they can bridge all of our expertise.”

Initial CGI impressions of the Orbital Reef station show three core modules containing large windows and docking ports, with a Dream Chaser and multiple Boeing Starliners docked, along with six additional modules for science or other purposes attached to the sides of the station core. A truss with four radiators is mounted on the underside of the station core, along with eight pairs of large solar panels similar in appearance to the iROSA arrays recently installed on the ISS. 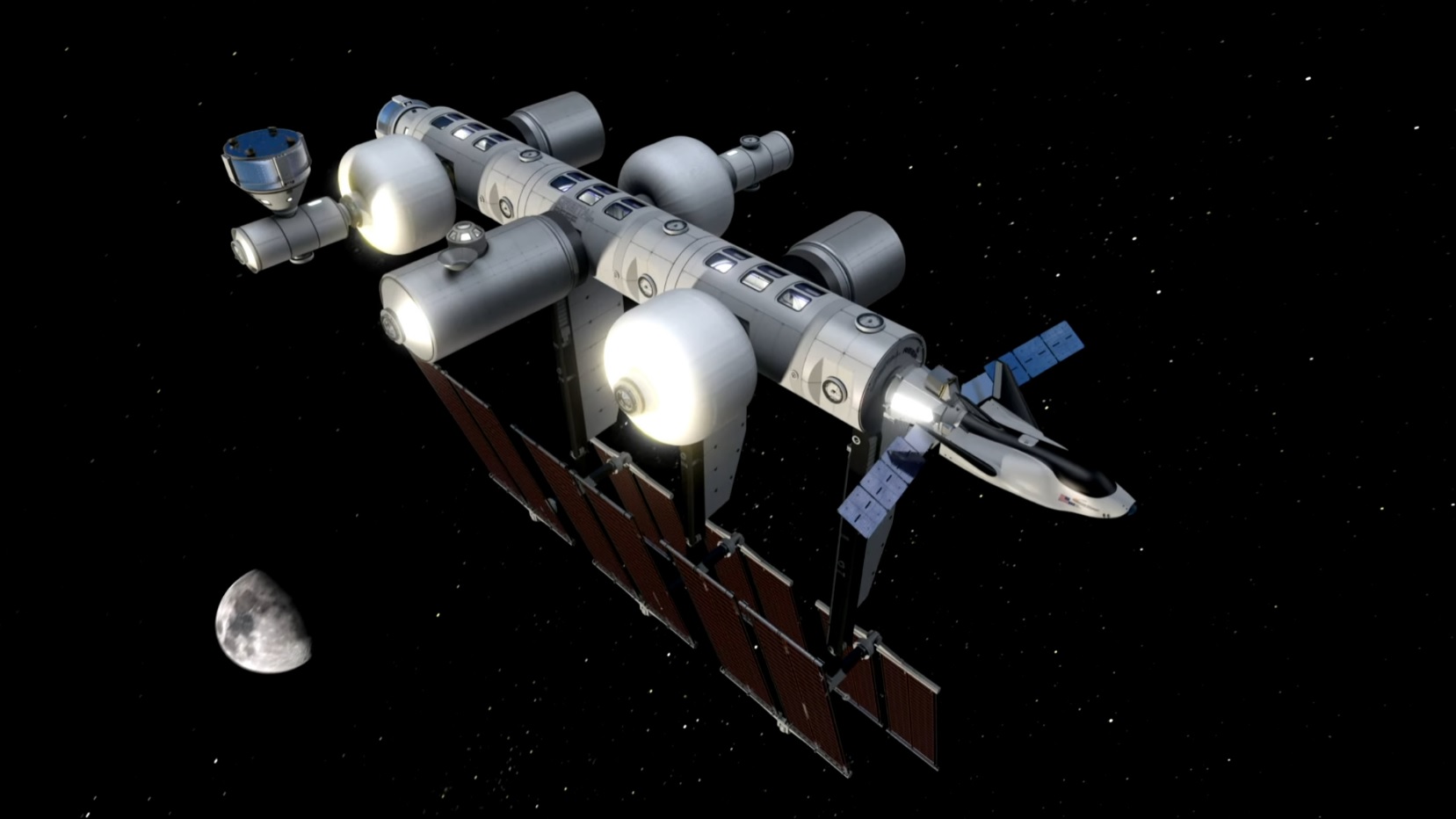 The Orbital Reef is planned to start operations in the second half of this decade, though it remains to be seen exactly when the first element launch would occur, as the New Glenn, Starliner, and Dream Chaser programs have all encountered significant delays. The station design will no doubt be continuously evaluated as the project progresses, with elements like the large core module windows and add-on inflatable modules needing to be designed to survive the debris environment in low Earth orbit.

The Orbital Reef, in its fully built-up configuration, will feature a living and working space containing 90 percent of the internal volume of the International Space Station (830 cubic meters) as well as a crew of ten. Planned uses for this station include space tourism, manufacturing, and microgravity research.

Orbital Reef is also pitched as a location where countries and companies that want to start a presence in space can send experiments, facilities, or people. Industries that have not really had a presence in space are being targeted as potential users.

NASA is planned to be the anchor tenant, but Orbital Reef is envisioned to be opened to many users. International involvement is strongly emphasized in the station’s marketing, and the project aspires to make the station accessible to all nations. However, space law was not really designed for commercial operations, and legal as well as financial issues are expected to be more difficult for the project to overcome than engineering hurdles, according to Redwire Space’s Mike Gold, who remarked on this at the 2021 International Astronautics Congress in Dubai. 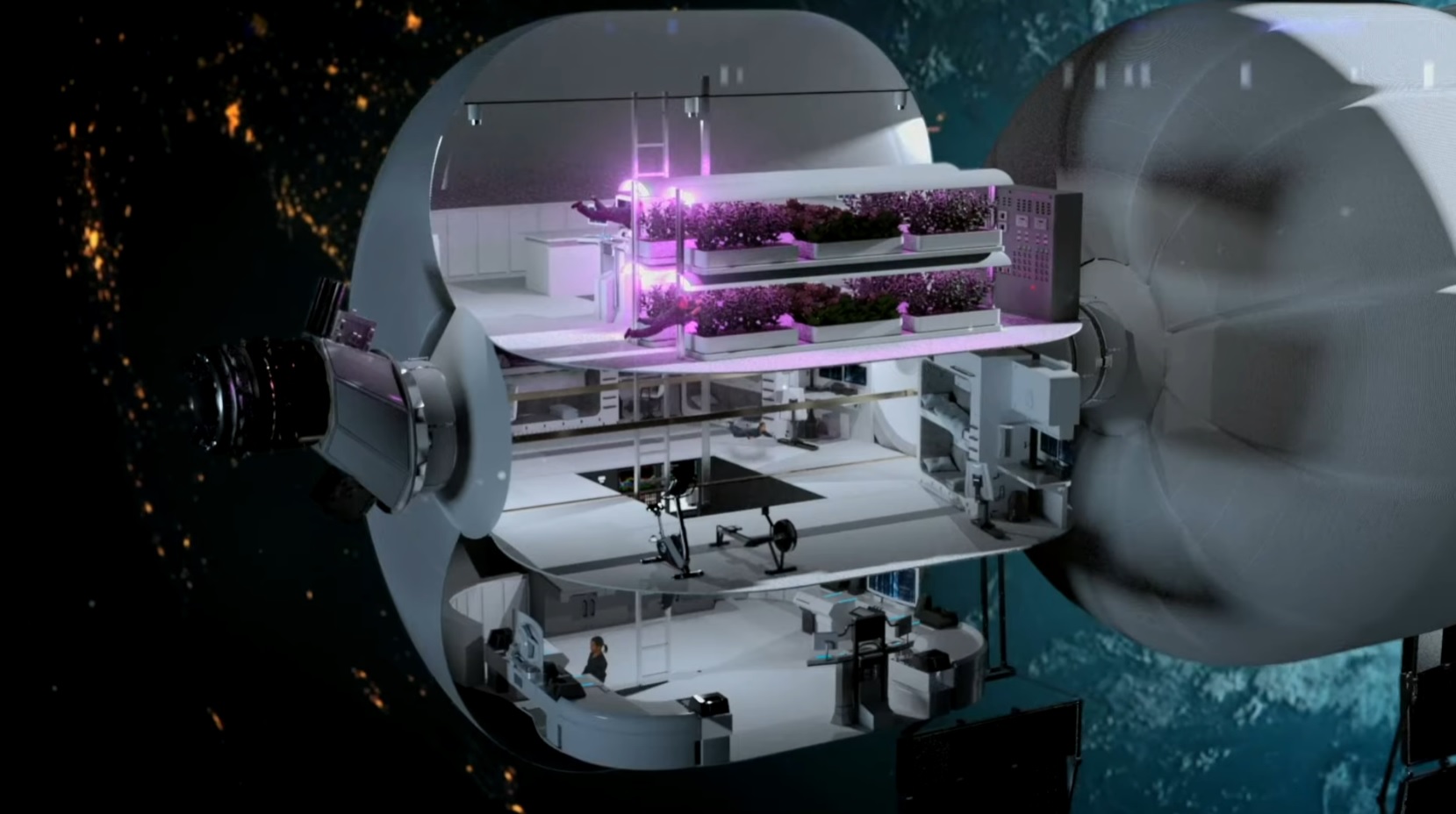 The Orbital Reef is the latest commercial space station to be announced, joining the Axiom and Nanoracks/Lockheed Martin offerings. Sierra Space would be using its involvement in Orbital Reef in lieu of its earlier independent station offering, as per remarks made at the IAC in Dubai. Sierra Space’s president Janet Kavandi, a former shuttle astronaut, also stated that Sierra Space wanted NASA to have a station to use when the ISS is retired.

The Orbital Reef project gives Starliner and Dream Chaser potential business outside NASA crew and cargo contracts, once these systems become operational and if the Orbital Reef comes to fruition. New Glenn is also planned to be compatible with the Starliner and Dream Chaser spacecraft, although no plans by Boeing nor Sierra Space have indicated New Glenn as a planned launcher for either vehicle.

The International Space Station is currently scheduled to retire by 2028, though that retirement date is under evaluation. As it approaches, the commercial sector is beginning to work on follow-on stations that would allow the United States to continue a permanent human presence in space for its astronauts, as well as to continue the scientific research that has been taking place aboard ISS. One or more of these stations could take flight in the latter half of this decade.