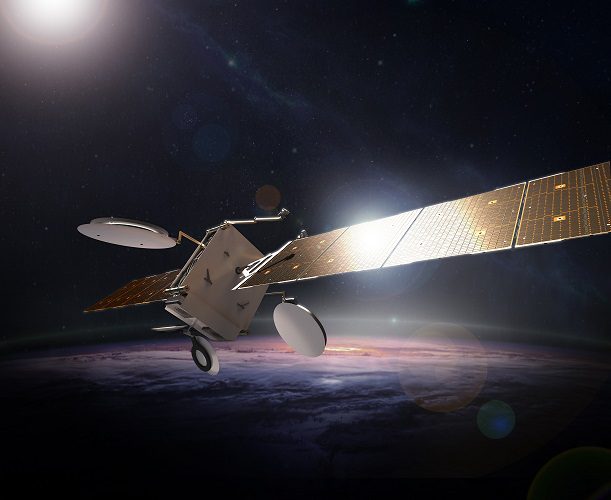 In May this year, Ryan Reid was appointed the new President of Boeing Commercial Satellite Systems International, after a more than 20-year career with the company. It is an interesting time to be the top exec of a satellite manufacturer given the inflection point that the market is at right now.

Reid is responsible for positioning Boeing in a dynamic market with manufacturing between Low-Earth Orbit, Medium-Earth Orbit, and Geostationary Orbit (MEO/LEO/GEO). While Boeing has had manufacturing wins, in particular with SES and Viasat, the company is looking to grow market share. Reid gives us an update on this and how he and Boeing see the future of the satellite market. 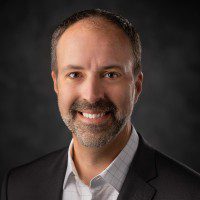 VIA SATELLITE: What is your 12-month forecast for Boeing’s current and future GEO and Non-GEO satellite production?

Reid: We have 16 satellites in production. We have 11 O3b satellites in production. We have the C-band satellites for SES. We have the 702X platform applied to the Wideband Global Satcom (WGS) satellite, and the platforms we are also using for the Viasat-3 platforms. Our factory is humming. Over the last six to nine months we have had a lot of increased engagement with our customers, both GEO and some non-GEO extensions for our 702x technology. We have GEO versions of this satellite as well. We have quite a few customers and potential customers we have been working with. We met some of them at SATELLITE and we are optimistic that we will see some continued sales and extensions to the 702X product line over the next year.

VIA SATELLITE: What do you see as the balance between GEO and non-GEO moving forward?

Reid: When we talk about the non-GEO, there is a fair amount of variability in terms of what those solutions would look like. It is pretty exciting to see activity in both of these fronts. The theme I heard at SATELLITE is that [LEO and NGSO are an] ‘and’ solution across the orbital regimes, not an ‘or’ solution. For Boeing, this is pretty exciting. When we set out years ago to develop the software defined technologies for the 702X, we really did so with the forethought of technology being applicable across multiple orbits. I certainly think LEO is here to stay. Now, how many of the projects going on in LEO happen remains to be seen. History has probably not been kind in this regard. I see it more as an augmentation of solutions leveraging LEO, as opposed to a revolution where one thing ends, and another begins.

VIA SATELLITE: Did anything surprising come out of your conversations with customers at SATELLITE?

Reid: It is great that we are seeing traditional players participate in the non-GSO area platforms. Whether that is doing their own procurements, or doing their own partnerships and investments, I think it is very exciting. It shows evolution in the marketplace and the evolution among the customers. We see that happening as well on the manufacturing side. Certainly, for Boeing, we have our legacy business with 702X and software-defined satellites, and we think we are well positioned for that. We also have brought Millennium Space Systems into the Boeing portfolio, and I think it gives us a lot more capability when it comes to rapid prototyping, as well as small platform products. This helps us reach a much broader range of customers in the future.

VIA SATELLITE: How will software-defined satellites impact this sector?

Reid: For the 702X with SES mPOWER and Global Wideband Satcom 11 system, we have already seen the capability and flexibility enables new ways to think about the business. It provides new market opportunities for our customers. It is no surprise to say video broadcast is not a growth sector, even though it is still a hugely important part of the market. The world is shifting to data. A software-defined product enables the satellite to be a node in the network. It breaks the paradigm of a traditional transponder-type system that has been core to the GEO market for a very long time. That software-defined capability enables a satellite to become a network node, and this is very much aligned with where the business is going. We are essentially providing network services and part of that comes from space.

VIA SATELLITE: What do you see as the next wave of innovation when it comes to satellite manufacturing?

Reid: We have a lot of history and a lot of intellectual capital and product experience that will help us deliver reliable satellites. We are also building on that with software-defined capabilities, which allows us to bring the flexibility to support those emerging market needs while still maintaining the reliability and schedule certainty that customers are depending on. Bringing Millennium Space Systems into the fold, we are also bringing in manufacturing technology innovations. So, we are bringing scale to our manufacturing abilities which further translates into our value proposition. It helps us improve cost-per-bit, and helps with time to market. [Also] manufacturing technology improvements through additive manufacturing, through new technology innovations in core platform products. We are working across all of those fronts. Being part of Boeing, gives us access to resources that allow us to be well positioned to bring those innovations to market.

VIA SATELLITE: How has the integration of Millennium Systems been going for you? What do they bring to the table for Boeing?

Reid: The integration has been going really well. They are very good at rapid prototyping and product development and they have some very unique core competencies. We have a good flow of products, technologies, etc. Their culture for rapid prototyping and responsive platforms is something we are finding ways to leverage on the commercial satellite business. Boeing is exceptional at manufacturing things at scale. That is something we bring to Millennium. There is an entire portion of our factory at El Segundo which is being built out for this, to provide the manufacturing scale to Millennium.

VIA SATELLITE: Aside from a recent deal with SES, Boeing’s dealflow seems quiet. Is this concerning to you?

Reid: I have been encouraged over the last six to nine months as we started re-engaging with our customers and helping them as they are thinking about their changing business needs. We are working with them to find the right intersection of our technologies with their emerging business needs. I think the conversations are very encouraging. We have a good mix of solutions. We are working with our customers as their market dynamics are changing. We want to align our products and services to support their future needs. It is encouraging and exciting to be part of defining what that future looks like.

VIA SATELLITE: How close are you to signing new orders for the 702X?

Reid: I would say we are pretty far along with a couple of key customers. I am optimistic but, of course, there are a lot of variables. We’re working hard and not taking anything for granted. Moving forward, we certainly need to deliver on our customer commitments. We have some key deliveries coming up for Viasat and SES, for mPOWER and the C-band satellites. Step one, table stakes in delivering on our customer commitments. Beyond that, we are excited and optimistic about continued growth, even diversification of the products and customers that we are serving. We will continue to be responsive to customer needs. In some places, we want to stay ahead as the market changes.