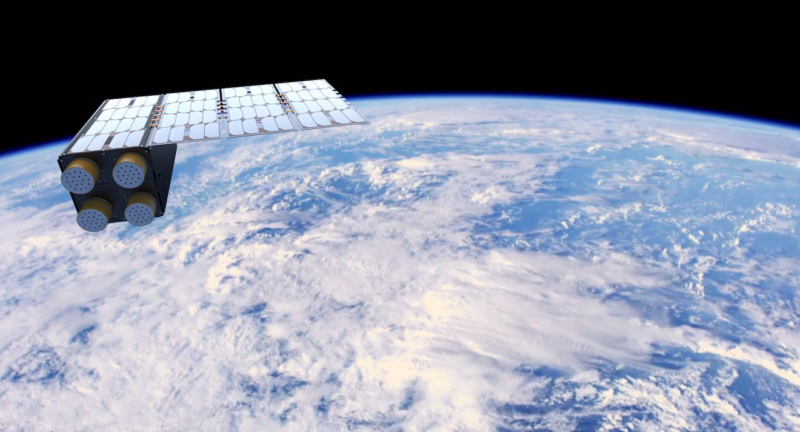 Rendering of the OrbAstro 12u satellite ORB-12. Photo: Orb Astro

In-orbit service provider Orbital Astronautics (OrbAstro) has signed a contract to host a propulsion demonstration for Aliena on a mission set to launch in September 20220.

Aliena is a small satellite propulsion startup based in Singapore. It has developed a multi-modal attitude and orbit control system (AOCS) with partners from Aurora Propulsion Technologies. The propulsion solution consists of Aliena’s MUlti-Staged Ignition Compact (MUSIC) Hall thruster, and Aurora’s ARM resistojets.

“Propulsion systems are key enablers for emerging satellite operations. Current solutions on the market enable certain segments for small spacecraft, but end users have to weigh the trade-offs in selecting their systems due to the limitations of certain systems. An integrated AOCS solution from Aurora and Aliena will allow for customers to have an array of propulsion capabilities, in a compact and integrated form-factor for fuss-free deployment,” said Dr Lim Jian Wei Mark, CEO of Aliena.

The post OrbAstro to Host Aliena Propulsion Demo in 2022 appeared first on Via Satellite.