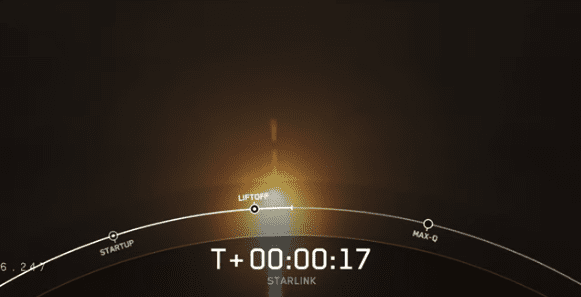 This was the first Starlink launch since May 26, as Starlink launches have been on a hold until the laser terminal batch was ready, SpaceX COO Gwynne Shotwell said at Space Symposium in August.

Propulsion engineer Youmei Zhou called this batch of Starlink satellites a “huge leap forward” in the Monday launch webcast. These satellites will communicate directly with each other through inter-satellite links, instead of through Radio Frequency communications with a ground station.

The launch was also the first-ever Starlink launch from the West Coast at Vandenberg Space Force Base in California, which Zhou said is ideal for payloads going to Polar Orbit.

“By launching to a polar orbit, these satellites will be able to see almost all the way to the poles, providing near global coverage. This means Starlink will be able to expand service in Alaska, Scandinavia, and other polar regions,” Zhou said.

Starlink beta service is currently available in the United States, Canada, the United Kingdom, Germany, New Zealand, Isle of Man, Jersey, Australia, Austria, France, Netherlands, Belgium, Denmark, Ireland, Switzerland, Portugal, Chile, and Poland. SpaceX says that more than half a million people have placed an order or put down a deposit for Starlink and more than 100,000 user terminals have shipped.

SpaceX executives appeared last week at SATELLITE 2021, to discuss growth strategies for satellite operators, and how satellite fits into the larger telecoms ecosystem.