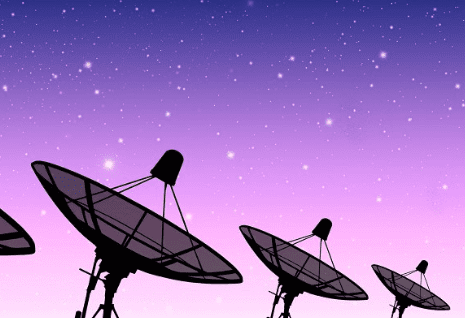 A group of major Swedish technology companies that recently formed a partnership expects to have prototype low-cost satellite terminals for Low-Earth Orbit (LEO) ready for testing and validation in 2022, and then in 2023 expects to launch them into the market. This could be a huge development for the Swedish space industry and put it on the map in this new LEO environment.

When asked what the opportunity was for the Swedish space industry in LEO, Jakob Kallmér, founder of Satcube told Via Satellite, “Sweden has a strong ICT and satcom engineering tradition, with several world leading companies and research institutes in this domain. We believe that this puts Sweden in a good position to capture some of this growing sector’s potential, since a lot of know-how has been accumulated over the years. In addition, the industry-academia connections are strong which enables seamless transfer of novel ideas that can materialize in competitive new products. With that said, the products would primarily be exported since the extensive terrestrial 4G and fiber networks in Sweden implies a limited demand for domestic satellite broadband.”

In terms of how the four companies will work together, Kallmér said Chalmers and Satcube will be main project drivers where most of the research and development will take place. Gapwaves will contribute with their technology and Forsway plays an important role within specification work and testing the solution using its existing Xtend hybrid – terrestrial Mimir hub and Odin modem.

Kallmér calls this group “a set of agile, thought-leading technology companies” that can bring many years of combined experience addressing the ground segment and a common idea of what can be achieved and what is needed to reach mass market. “Adding a well-defined project scope, we will bring a unique solution to market dedicated for LEO systems,” he adds.

In the 1990s, Satcube was part of SWE-DISH which Kallmér says was a pioneer in portable satcom equipment He believes that through this experience, it has learned the difficulties of developing and manufacturing high-performance systems at a reasonable cost, which he thinks will be even more challenging for LEO.

“Antennas with high efficiency are a key to being able to meet the needs for ongoing LEO investment. Gapwaves distribution network technology, which is a spin-off of research at Chalmers, has the potential to reach highly efficient antennas at a low manufacturing cost,” he says.

Tobias Forsell, Forsway CEO, says the company today is able to offer what he believes is robust and one of the most cost-efficient terminals for the ground segment within Geostationary Orbit (GEO) systems to service hard-to-reach market segments. “Satcube provides the best portable broadband terminals on the market. Together we have identified that the antennas for LEO are the critical touchpoint to achieving mass market success,” he says. “We believe that using a similar hybrid approach for LEO constellations and combining our extensive experience, including Gapwaves and Chalmers, will enable us together to reach the mass market with a robust offering and viable alternative to the expensive equipment currently offered in the ground segment today.”

There is a lot riding on this potential collaboration, and the four companies must work effectively to make this a a success.

“As four unique Swedish entities, we clearly see consensus within project scope and all-important decisions as key. Thus, priority number one has been to create a well-defined project that will bring well-defined result. The potential difficulties are to balance the potentially different project objectives of each party, each with its own niche and agenda, which is why we have set out to define this at an early stage offering and viable alternative to the expensive equipment currently offered in the ground segment today,” says Forsell.

So, are the developments in ground segment technology keeping up with what is happening in space? Forsell says, “I would not really say developments in ground technology is lagging, but it is undeniable that there has been a disproportionate focus on the space segment in the last couple of years. Hence, we see that for the circle to close much more research and resources has to be spent on the ground segment in the coming decade to close this gap. Otherwise, we will not be able to leverage the full potential of the LEO system, and we will have worse user experiences at a higher cost.”

Forsell says he hopes this project will show that Swedish companies and universities can continue to deliver world class space solutions and we are also addressing the commercial field in several ways within connectivity. “We hope that this will be a great project that leads us into more project collaborations between Swedish and international partners,” he says.