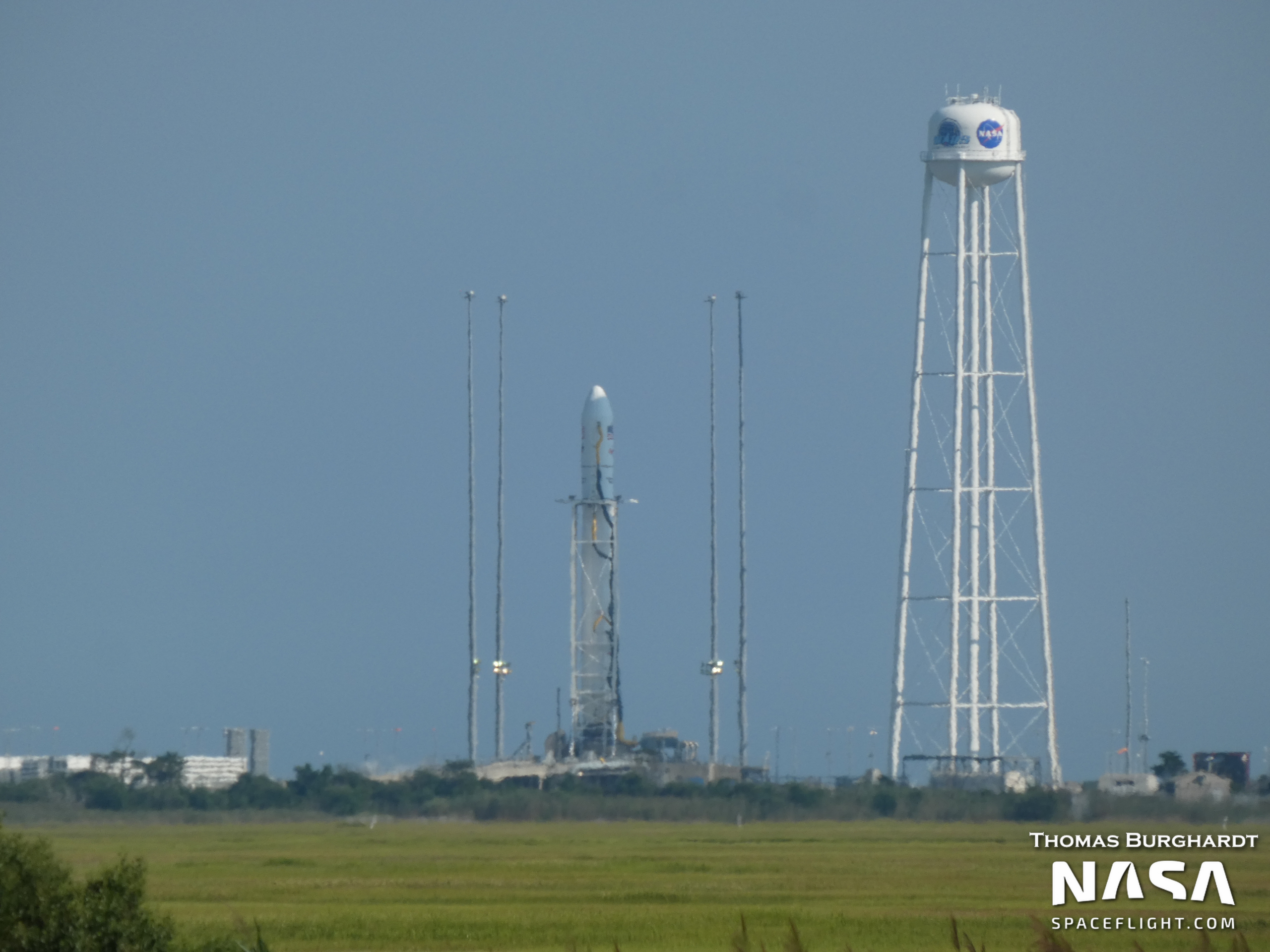 On August 10, the S.S. Ellison Onizuka launched on an Antares 230+ rocket from Pad-0A at NASA’s Wallops Flight Facility. The NG-16 countdown was hampered with helium and ground computer issues leading up to the final T0 mark.

But teams at Northrop Grumman were able to launch at the end of the launch window at 18:01:05 EDT, or 22:01:05 UTC, with Antares performing a better-than-expected ascent to orbit for the Cygnus spacecraft.

During the countdown, the launch team noted that a helium storage tank located adjacent to Pad-0A was leaking.

“We monitor the pressures in all of those tanks, and we saw the pressure start to decrease precipitously out of the helium storage tank,” said Kurt Eberly, Director Space Launch Programs, Northrop Grumman, in an interview with NASASpaceflight.

Before the poll to start fuelling the first stage of the Antares rocket with RP-1 kerosene and liquid oxygen (LOX), the launch team decided to send the Red Team back to Pad-0A to fix the leak on the ground helium tank.

The Red Team for Antares launches is made up of technicians and engineers from both Northrop Grumman and Virginia Space. 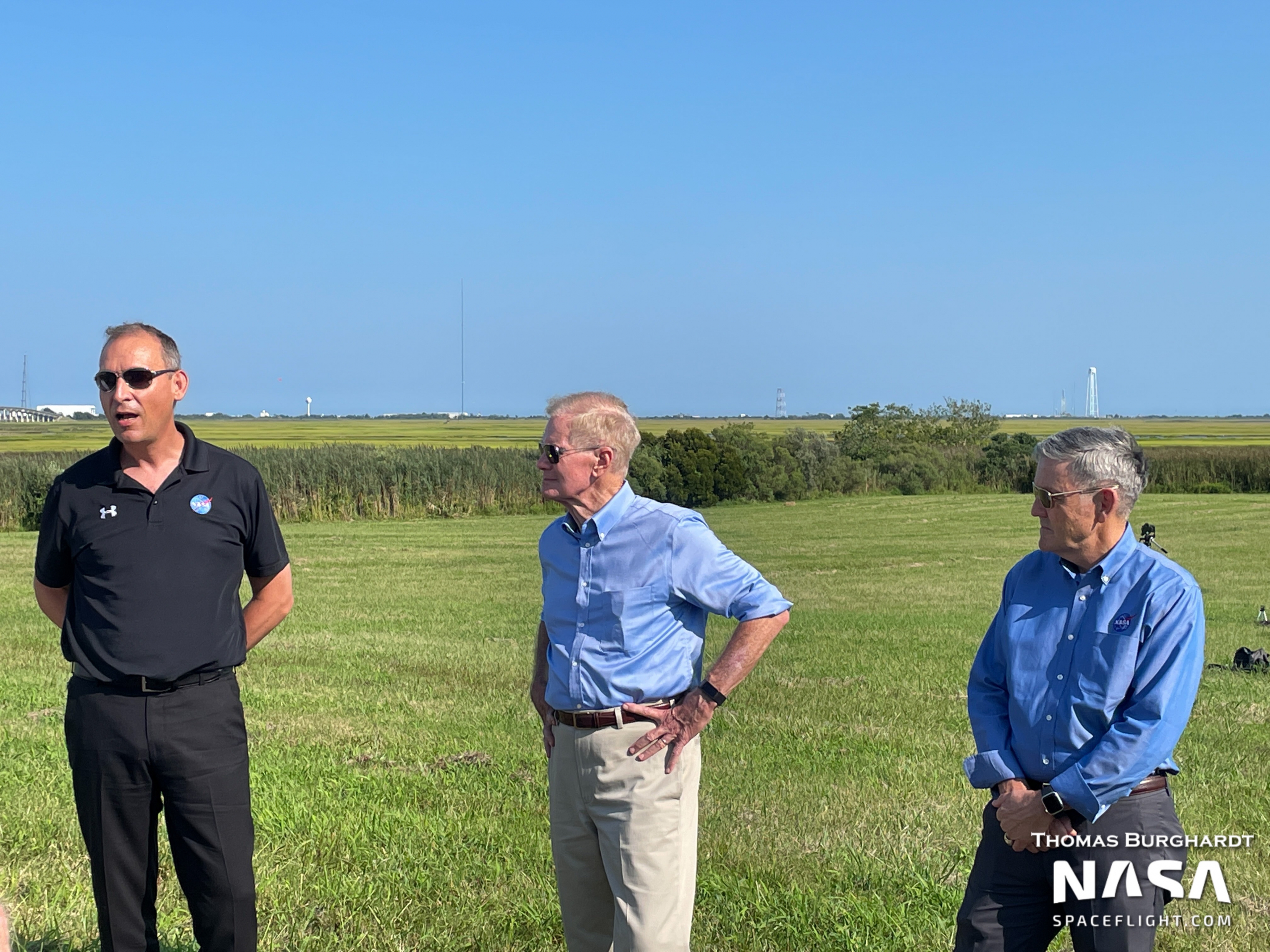 For the Red Team to go back to Pad-0A, the launch conductor on console recommended that the team push the liftoff time, or T0, to the end of the planned 5 minute launch window.

“In this kind of scenario, five minutes can be really successful for the team,” said Eberly. “They identified a release valve that was leaking, and they were able to get it to reset. And then we were able to reopen the isolation valve to stop the leak and flow helium to the vehicle again to start loading up the pressure bottles.”

The successful work by the Red Team stabilized the pressure on the ground helium storage tank. After their work was done, they evacuated Pad-0A to their fallback location, which is the same building where the Cygnus spacecraft is fuelled with hydrazine.

“One of the things we do is we load helium into the pressure bottles on stage one after the LOX starts loading in… this is kind of a common trick for LOX/RP-1 stages where you cover the helium bottles, which are inside the LOX tank,” said Eberly. “We covered them with LOX, and then they get cold and you can load the helium in.”

During the countdown, launch controllers were also able to lower the helium supply pressure constraint from 4,000 psi to 3,800 psi. 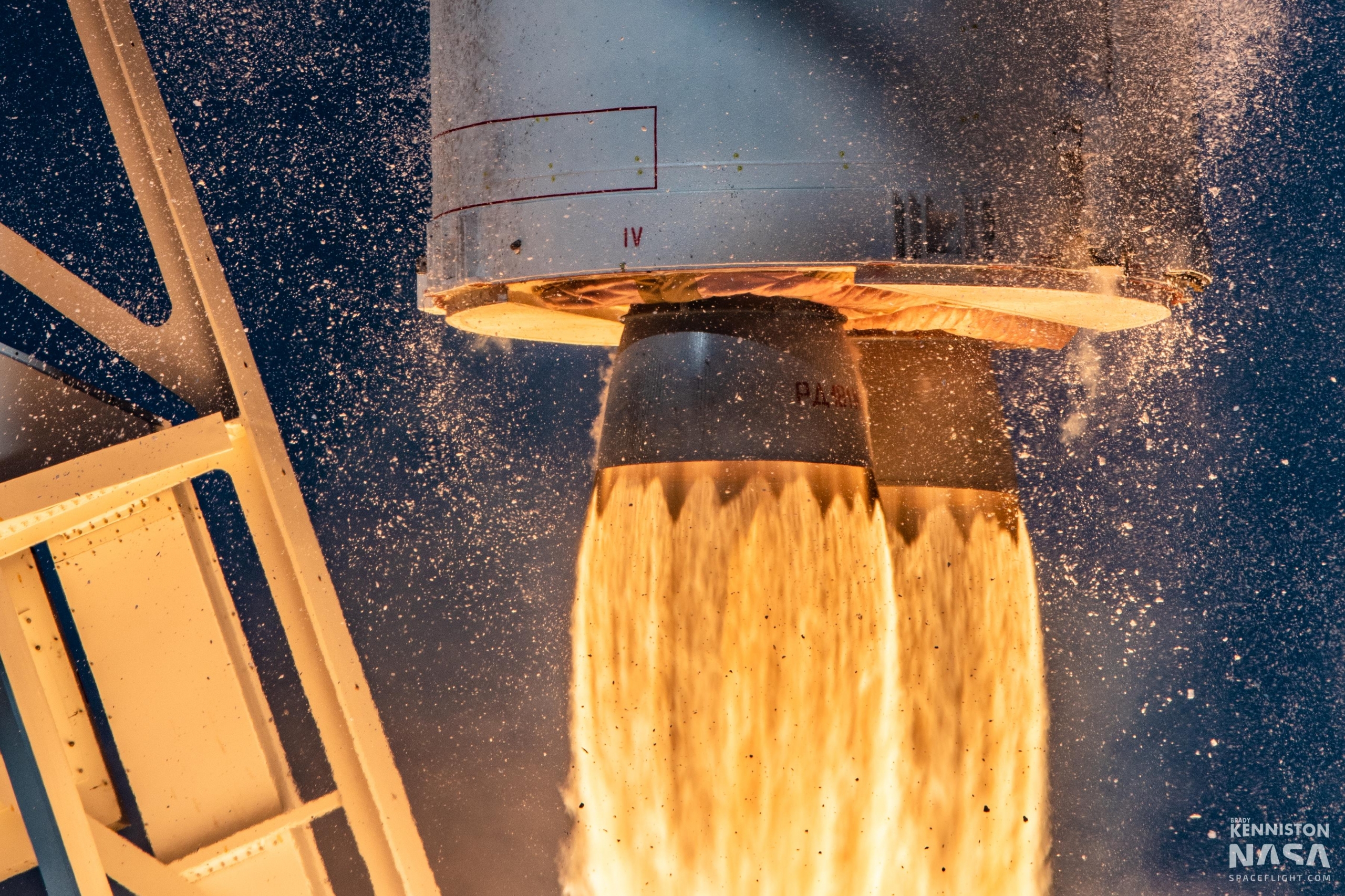 “Having done those calculations, we felt comfortable proceeding and moving the constraint down and proceeded on with the launch.”

At T-6 minutes 45 seconds, the NASA Test Director told the Launch Conductor they were “no go” due to a backup computer failure and that it would take 4 minutes to recycle the computer system.

“It was a backup computer for their range safety displays,” said Eberly. “And that may not have actually been a constraint… that they were able to work through it… so we just proceeded on hoping that they were going to go green, and they did fortunately.”

Another potential issue the launch team kept aware of was a boat near the launch hazard area.

“The range surveillance team picked up the radar track on that boat, and they were trying to make contact with them,” said Eberly. “They thought that the boat was going to come … right across the launch hazard area. It turns out the boat was going somewhere else, so it turned out to not be an issue.”

Despite the eventful countdown, the Antares rocket lifted off right at the end of the day’s launch window.

The first stage of Antares runs on two RD-181 engines, produced by NPO Energomash in Russia. Unlike other launch vehicles, the Antares does not throttle down during maximum aerodynamic pressure, or Max-Q — allowing additional performance by the first stage.

“The second stage performance was excellent, completely boring,” added Eberly. “And again, it really affects the apogee, and that ended up being about 1.1 sigma high. So, a little high on both [but we] met all the other requirements.”

Eberly expanded on the second stage’s performance, saying “This is the tightest RAAN (Right Ascension of Ascending Node) steering we’ve ever had. Basically zero, to within precision, basically zero RAAN error — which is amazing.“

“Cygnus was very happy with the orbit because it was a little bit higher. That allowed them to use a little bit less fuel on getting to the station. Which is helpful for contingencies and for its secondary mission,” added Eberly.

In addition to Antares, Northrop Grumman is also preparing for a series of upcoming Minotaur launches in the next couple of years.

“We’re basically on contract for three Minotaur launches. One is a Minotaur IV, which looks like it’s going to be launched from Vandenberg Space Force Base in 2023, and that’s for the Space Force,” said Eberly.

In total, there will be one Minotaur launch in 2022 and two launches in 2023. All three of these missions will launch from Vandenberg Space Force Base in California and will be flown for the U.S. Space Force.

The Minotaur family of rockets are derived from stages used on retired Minuteman and Peacekeeper missiles. Its launch sites include Alaska, Florida, California, and Virginia.

The last Minotaur launch was the NROL-111 mission for the National Reconnaissance Office on a Minotaur I rocket from Pad-0B from Wallops on June 15, 2021.

While Northrop Grumman cancelled the OmegA rocket program on September 9, 2020 after the rocket — along with Blue Origin’s New Glenn — was not selected for Phase 2 of the National Security Space Launch (NSSL) program for the U.S. Space Force.

But that doesn’t mean OmegA is nowhere to be seen today.

“There’s a number of common hardware improvements that were made [on OmegA] that we’re going to take advantage of across the fleet, and mainly in the areas of avionics,” said Eberly. “We have some upgrades to our common avionics, and then we also have the autonomous flight termination system (AFTS) that we are going to debut next year.”

The new and qualified AFTS will debut on an unspecified Northrop Grumman launch vehicle.

“The [Space] Force ranges are asking that all the [launch vehicles] be able to switch to AFTS, autonomous flight termination, by 2025. And so this is going to put us on track to meet that date with a little bit of margin,” said Eberly.