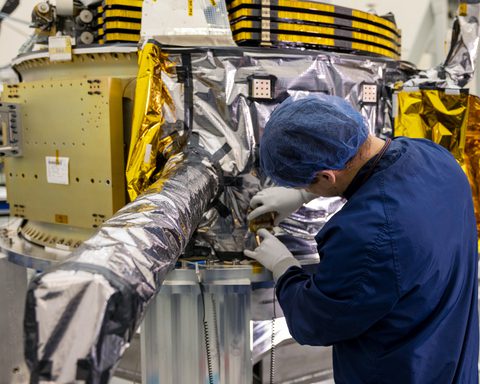 L3Harris is expanding its satellite production facility in central Florida, which will allow the company to add a line of unclassified satellites for national defense.

The company has more than 100,000 square feet of space used for development, manufacturing and testing of satellites in central Florida, and two of its eight buildings have recently been upgraded. L3Harris plans to add more production capacity by the end of the year that will allow it to produce six satellites per month.

L3Harris said the increased production capability will allow it to develop and test the experimental Navigation Technology Satellite-3 (NTS-3), which is a priority program for the U.S. Air Force. The company is also rolling out three sizes of small-to-medium responsive satellites to support defense missions.

“Our customers face urgent threats that must be addressed in months rather than years,” said Ed Zoiss, president of L3Harris Space and Airborne Systems. “We prioritized facility investments to meet their accelerating timelines.”