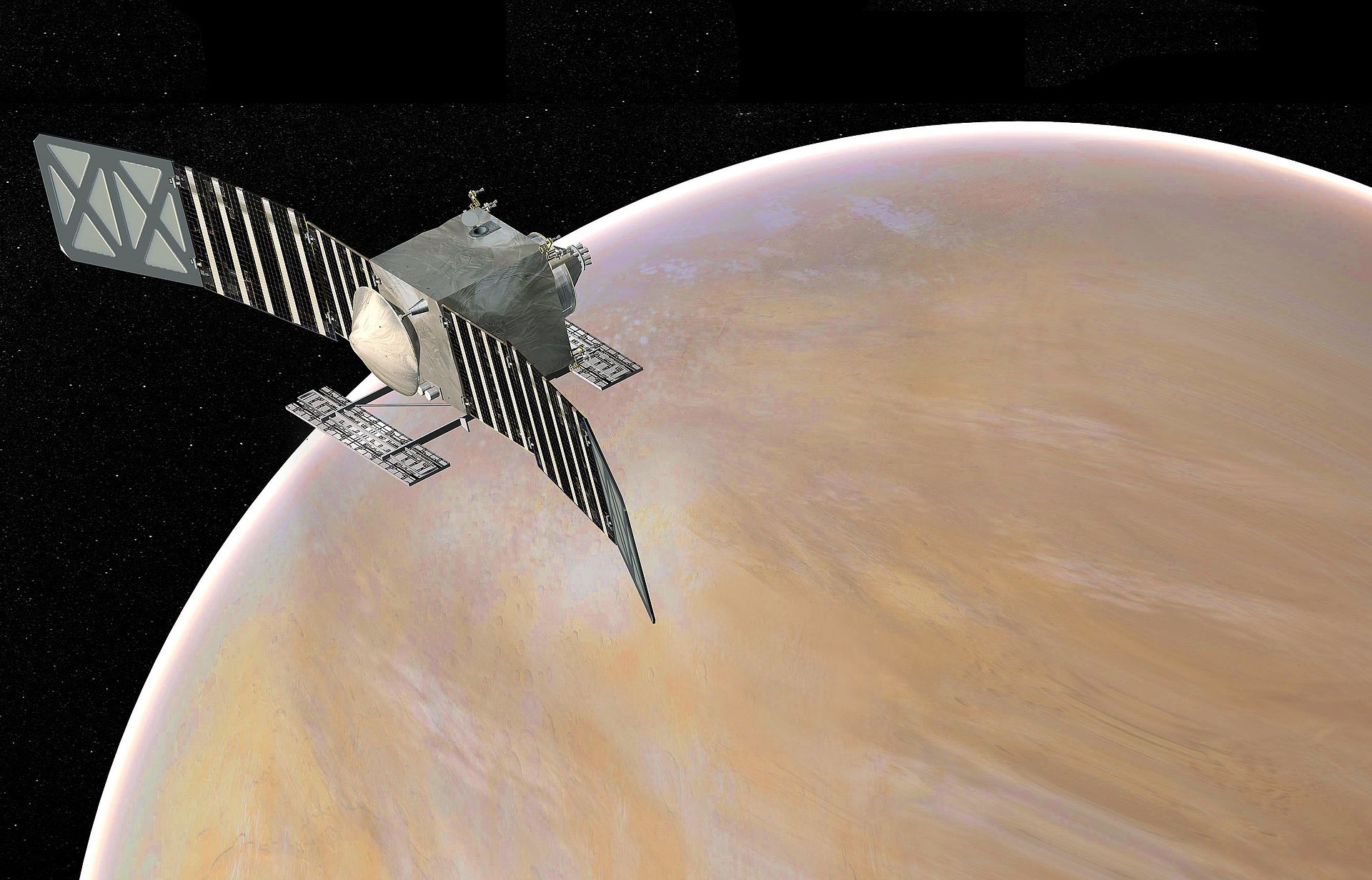 Selected as a finalist alongside three other missions for NASA’s next Discovery program missions in February 2020, the Jet Propulsion Lab’s VERITAS mission was chosen by NASA as one of the agency’s next two planetary research missions on June 2, 2021.

VERITAS (Venus Emissivity, Radio Science, InSAR, Topography, and Spectroscopy), like the European Space Agency’s recently announced EnVision mission, will use a set of specially designed instruments and radars to fully map the surface of Venus in high definition.

The second of VERITAS’ instruments is the VISAR, which will generate global topography data sets with 250 meter horizontal by 5 meter vertical accuracy. Using this and synthetic aperture radar imaging, VISAR will create the first planetary active surface deformation map. The synthetic aperture radar will have 30 meter resolution with a targeted resolution of 15 meters. 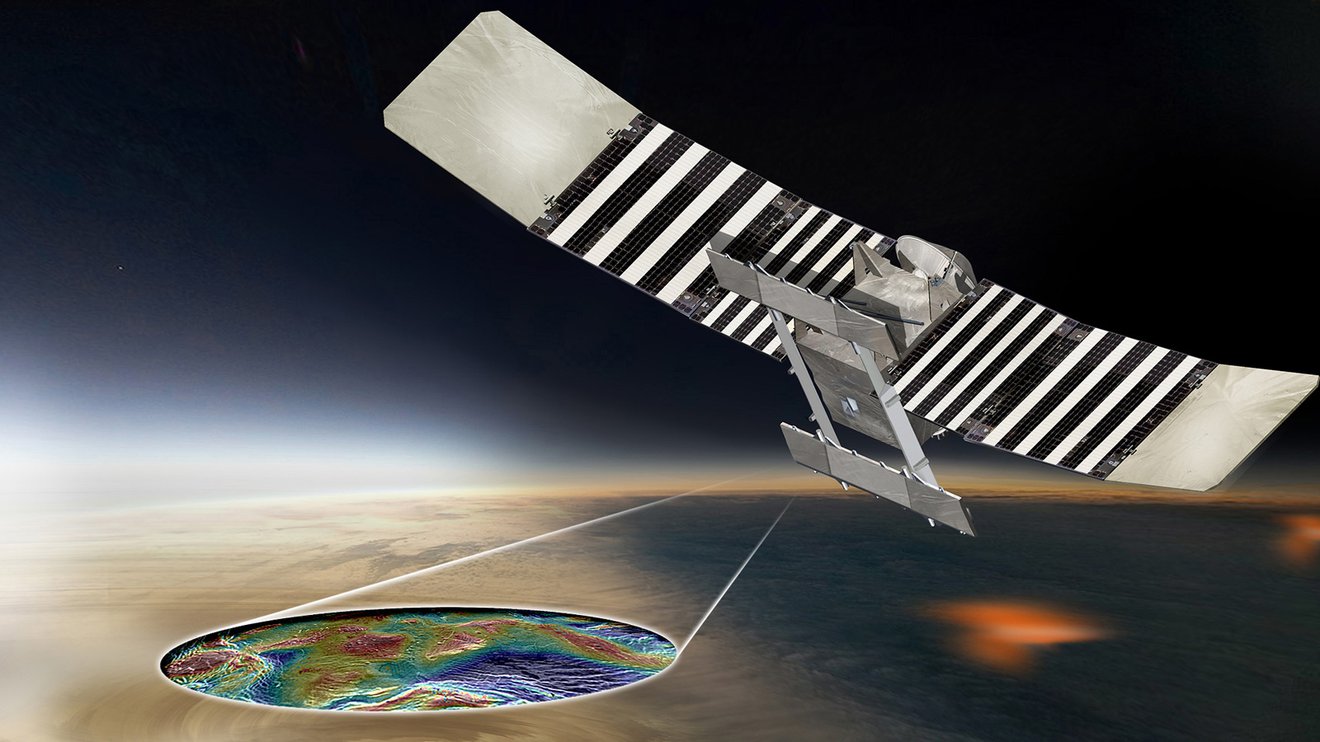 VERITAS will be operated by NASA’s Jet Propulsion Laboratory (JPL) in Pasadena, California. NASASpaceflight spoke with with the principal investigator of the VERITAS mission, Dr. Suzanne Smrekar, to discuss VERITAS and its mission to Venus.

“Scientifically, I’ve been compelled to study Venus for all of these decades since then because it really is our twin. It’s Earth’s twin,” Dr. Smrekar said. “Before Magellan, people thought Venus would have plate tectonics, and it would just be much more Earth-like than it is. So in our solar system, there are no two planets more similar than Earth and Venus.”

“And even given all the hundreds of Earth-sized exoplanets we’re finding, no two planets are so more similar than these two, or at least not more similar to the Earth. So there are just amazing questions that we can pursue.”

However, for Dr. Smrekar, Venusian plate tectonics is what grabs her attention.

“It controls pretty much everything that goes on on the surface of the Earth. And it may have had some huge influences on how life began to flourish on the Earth. It certainly influences the atmosphere, the oceans. It’s basically the engine that drives things on the Earth,” Dr. Smrekar said when discussing plate tectonics.

“Why doesn’t Venus have it? And Venus may have conditions that are allowing it to take sort of the first step towards plate tectonics. And all that history is long gone on our planet. So for me, that’s kind of the compelling question. If I can understand how planets have plate tectonics, the role it plays in shaping climate, that would be fantastic for me.”

In this new episode of the #GravityAssist podcast, our Chief Scientist Jim Green is joined by Director of Planetary Science Lori Glaze to discuss three upcoming missions to planet Venus and their excitement for the science to come!

Some surface features could give clues to how Venus formed as well as its evolution path. With the instruments onboard VERITAS, the spacecraft will map the surface, and scientists can then use the map to identify what surface features are present — and how they got there.

“One of the compelling, or one of the super-obvious things we have to do first is investigate the impact craters. On most of the other rocky planets, we can use those craters to date individual areas because there’s so many of them. Venus doesn’t have enough craters to do that.”

“But it has a super-important story to tell us.”

“Right now we can see that about 80% of these craters have dark floors in radar. So that means they’re smooth. Why? Is that volcanism that’s filling those craters. Is it dust that’s gotten in there, entrapped like we see on Mars? That is a really important first-order question. Because what we want to do is unravel the history of volcanism,” Dr. Smrekar said.

So how did these dust-filled craters form? Dr. Smrekar already has her theories.

“Some people think that [Venus] catastrophically resurfaced. That it had this massive pulse of volcanism, or maybe the lithosphere got cycled back into the interior in this massive event. Which would be completely unEarth-like,” noted Dr. Smrekar. “People have modeled that it could have had +/- 100 °C temperature changes on the surface if you had a kilometer of volcanism covering the entire planet in a relatively short amount of time.”

“So by looking at how those craters are filled and looking for more craters, I’m sure that we’ll see — I predict, I can’t say I’m sure, but I predict — that we will see deformed craters on these so-called tesserae regions, these relatively old, maybe continental-crust-like features.”

Additionally, VERITAS teams will be looking for impact basins in the maps the orbiter generates. Impact basins are common on planetary bodies, and they are sometimes revealed with topographic maps. Impact basins can also be revealed, although barely, in gravity data.

“On other planets, especially Mars, we’ve seen a ton of impact basins that are buried, and we just kind of see their hint in the topography, a remaining hint, and in the gravity data. So we’ll be looking to see, does Venus have huge, buried impacts like the other planets or not? If it doesn’t, that’s really saying that that surface has been active for a very long time.”

Like impact basins, some tectonic activity can be revealed in topographic maps.

“We can see a lot of tectonic activity in image data, but there are some processes that are very likely to be revealed in the topography. Like the San Andreas fault, if it were on the surface of Venus today, we wouldn’t see its expression in the topography. And that’s kind of a big question. How is the surface deforming? We see evidence of lots of faults, so clearly it’s cold enough, strong enough to have brittle deformation happening.” 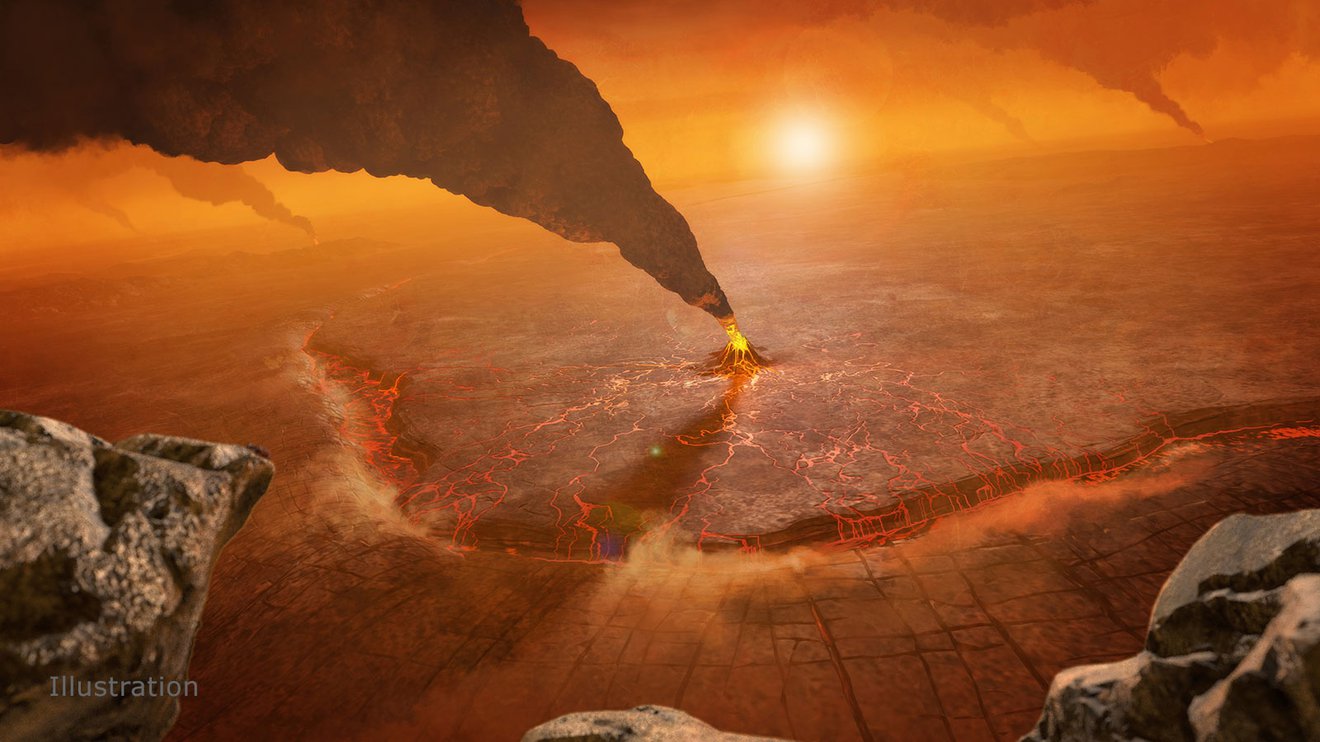 As is evident, VERITAS will focus largely on the surface of Venus. To do this, the VEM and VISAR instruments must see through the clouds using three observation bands to remove the signature of the Venusian clouds.

However, VERITAS will not be tasked with throwing the kitchen sink at Venus in terms of the instruments it must bring.  That task will be left to the DAVINCI mission (which has dropped the “+” from the end of its name), VERITAS’ fellow Discovery program selection winner.

While some of that cloud removal data will be useable but scientists seeking to better understand out neighbor’s atmosphere, VERITAS itself will not seek to study the Venusian atmosphere directly.

The first question VERITAS hopes to investigate using this process is if Venus has — or had — the equivalent of Earth’s continental crust.

“On Earth, our ocean, the seafloor is basaltic, and the continental crust is… granitic,” Dr. Smrekar said. “So the seafloor has much more iron. And in the past, continents have been around for billions of years, for the most part. And we know that they form when massive amounts of basalt melts in the presence of water.”

The post Exploring VERITAS, one of NASA’s new missions to Venus appeared first on NASASpaceFlight.com.