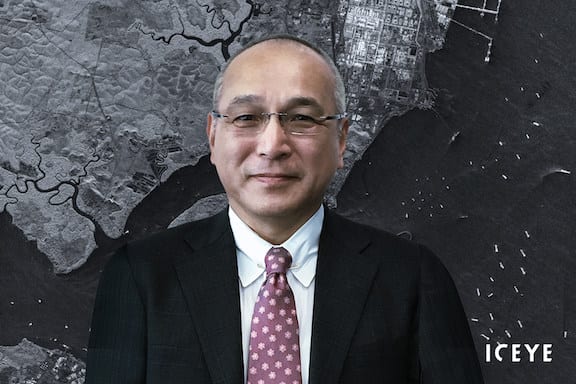 Iceye is planning a business expansion in Japan, and has hired Makoto Higashi as general manager of the company’s business operations in the country. The company announced Wednesday that it plans to open an office in Tokyo and hire a 10-person team to serve the Japanese market within a year.

Higashi previously served as CEO and president of Japan Space Imaging Corporation, and general manager of GEOINT at Hitachi Ltd.

“Only those satellite data companies that have withstood the strict requirements of government customers have prospered. ICEYE is very well-respected in this regard worldwide. The Japanese market has an opportunity to access remarkable aerospace capabilities with the data products ICEYE has to offer,” Higashi commented.

Iceye is headquartered in Helsinki, Finland, and has offices in Poland, the United States, the United Kingdom, and Spain. The Tokyo office is set to open within a year. Iceye already serves Japanese multinational insurance holding company Tokio Marine, which is a customer. Its operations as a New Space Synthetic Aperture Radar (SAR) company will put it in competition with Japanese startup Synspective, which released the first commercial SAR image from a Japanese company in February of this year.