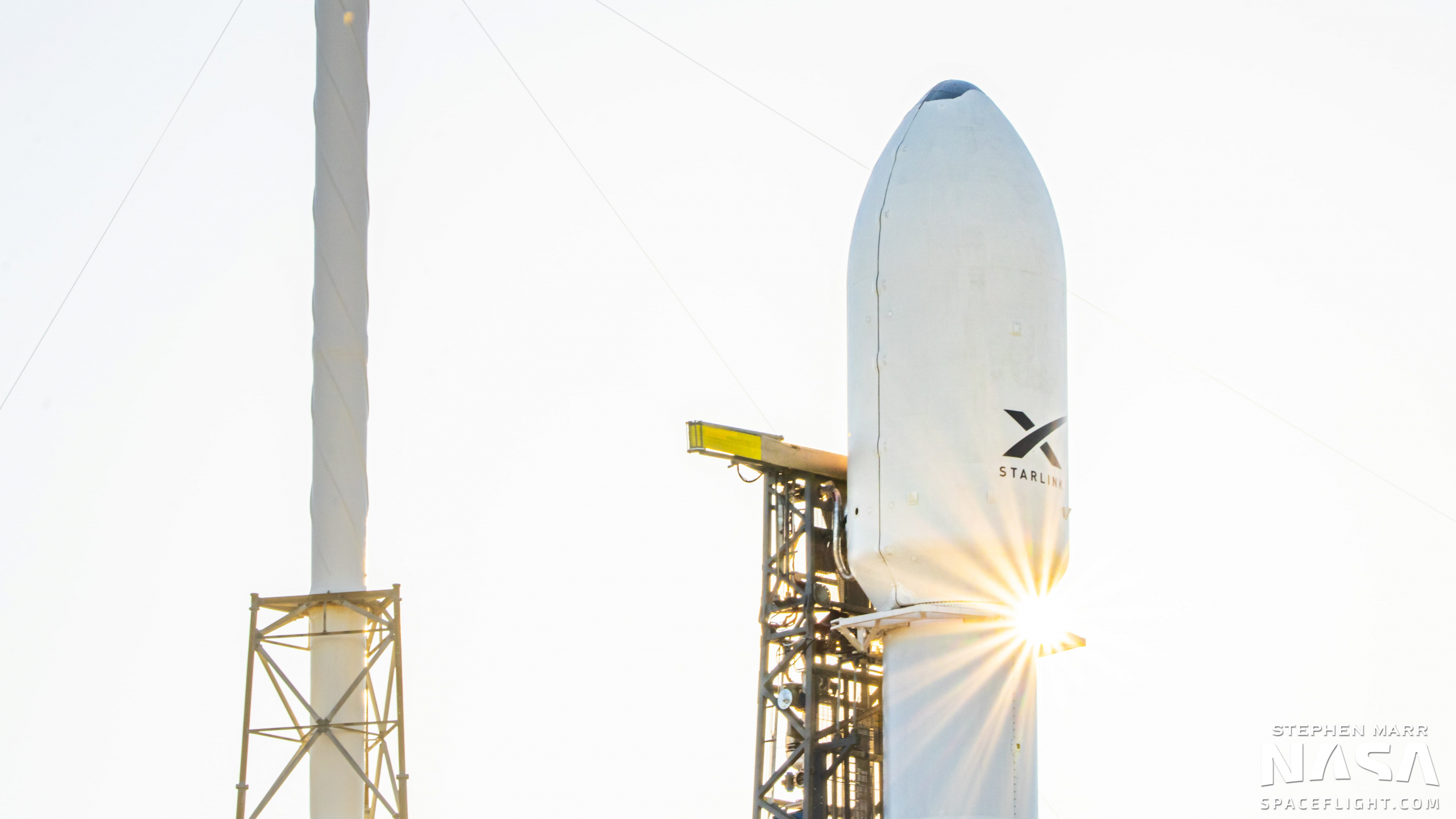 SpaceX’s 16th Falcon 9 launch of the year is set for Wednesday May 26 with 60 Starlink satellites to finish the first of five orbital shells for the constellation. Liftoff from Space Launch Complex 40 (SLC-40) is scheduled for 2:59 PM EDT (18:59 UTC).

The Starlink constellation promises to provide high speed broadband internet to millions worldwide that lack the ability to obtain this type of service now.

The Falcon 9 booster B1063 will be making its second flight after launching the Sentinel-6 “Michael Freilich” radar altimeter satellite in November 2020 from Vandenberg, California. After performing a return to launch site landing at LZ-4, this booster was moved across the country for this week’s Starlink launch from the Cape Canaveral Space Force Station in Florida.

Wednesday’s Falcon 9 launch will fly northeast from Florida to reach a 53 degree inclination low Earth orbit. The booster will then attempt to land on Just Read the Instructions stationed in the Atlantic along with its support vessels Finn Falgout, GO Quest, and fairing recovery ship GO Searcher. 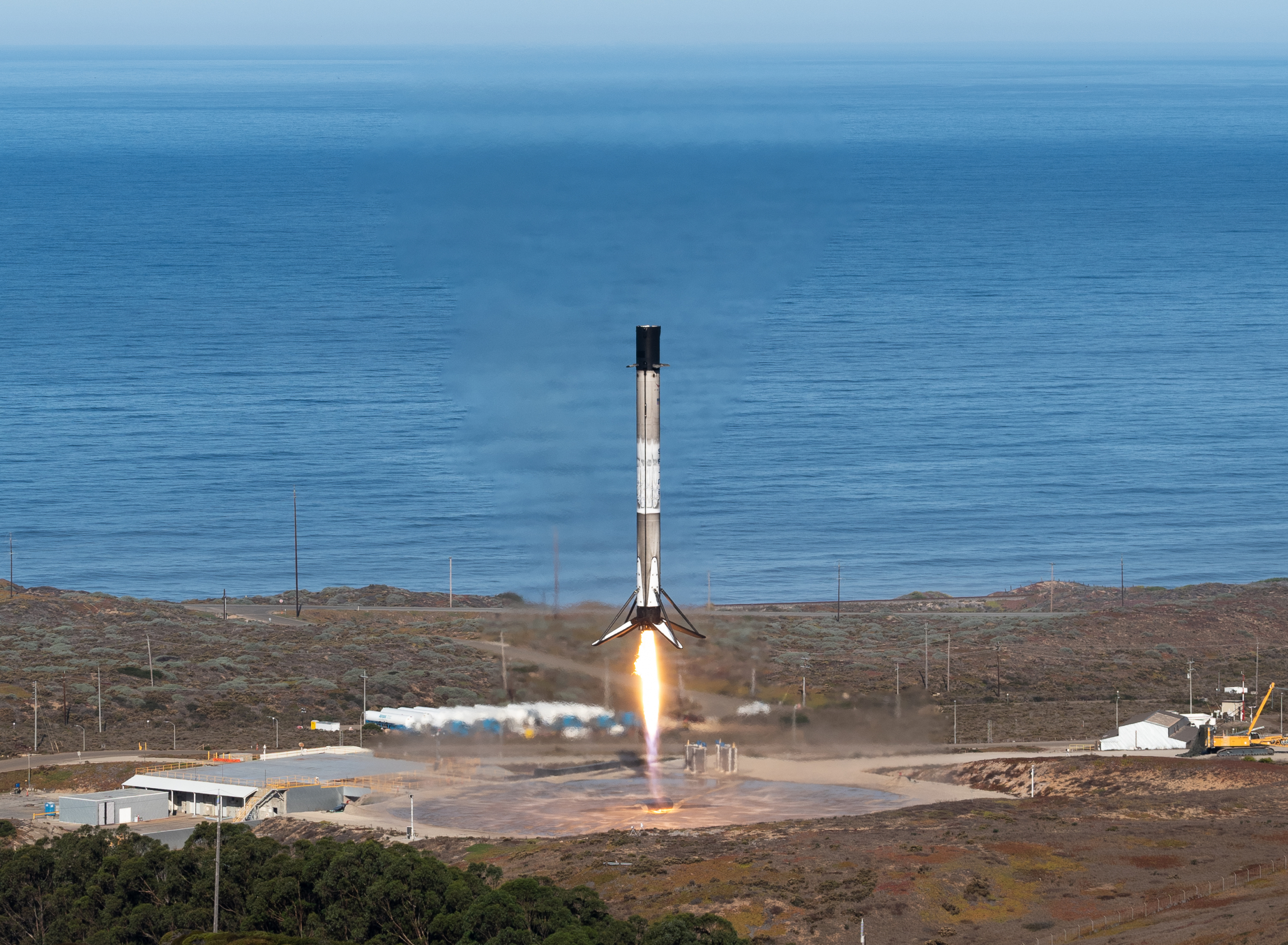 The second stage will continue into orbit and release its 60 satellites, massing a total of 15,600 kilograms, approximately one hour after launch, before the stage deorbits and re-enters the atmosphere. The fairings will be jettisoned several minutes into the flight and are designed to descend to a soft splashdown under parachute for recovery.

One fairing half flew on four previous Starlink missions prior to the v1.0 L28 mission. The other half flew on a single Starlink launch as well as the Transporter-1 mission.

This launch will deliver the final satellites for the first shell of the constellation to orbit. Prior to launch, there are 1,677 Starlink satellites in orbit, including demo satellites (1,578 satellites are currently active). After a successful L28 launch and orbit raising maneuvers, the first shell will consist of 1,584 satellites orbiting at an altitude of 550 kilometers, inclined 53 degrees to the equator.

The entire first shell of Starlink satellites will be in its operational orbit within the next few months, which will enable service for 80 percent of the world. Starlink service started last year with a “Better than Nothing” beta testing phase which initially covered the northern parts of the United States before spreading to Canada, Britain, Europe, and mid-latitude portions of the United States earlier this year.

After today’s launch, and the following orbital raising maneuvers, southern parts of the United States, including remote areas in the southwest US, southern Texas, and Florida, along with many other parts of the world, will finally be able to have high speed broadband service, which will enable many to work from home, first responders to have communication even in the most remote areas, and telemedicine services to be offered to remote communities, among other uses.

The now approved Starlink constellation plans – via the FCC

The fifth and final shell will have 172 satellites when complete, orbiting at 560 kilometers altitude inclined 97.6 degrees to the equator. This shell will have every satellite connected to each other through laser communications links, like the other polar orbiting shell of satellites (shell four). After the fifth shell is complete, that will complete phase one of Starlink, which is expected to total up to 4,408 satellites.

For perspective, before February 22, 2018, when Starlink demo satellites Tintin A and Tintin B were launched, there were approximately 1,800 active satellites in all Earth orbits, and approximately 4,600 total satellites that had been launched from March 1958 onward that were still in orbit, starting with Vanguard 1, which has been in orbit for 63 years and counting. 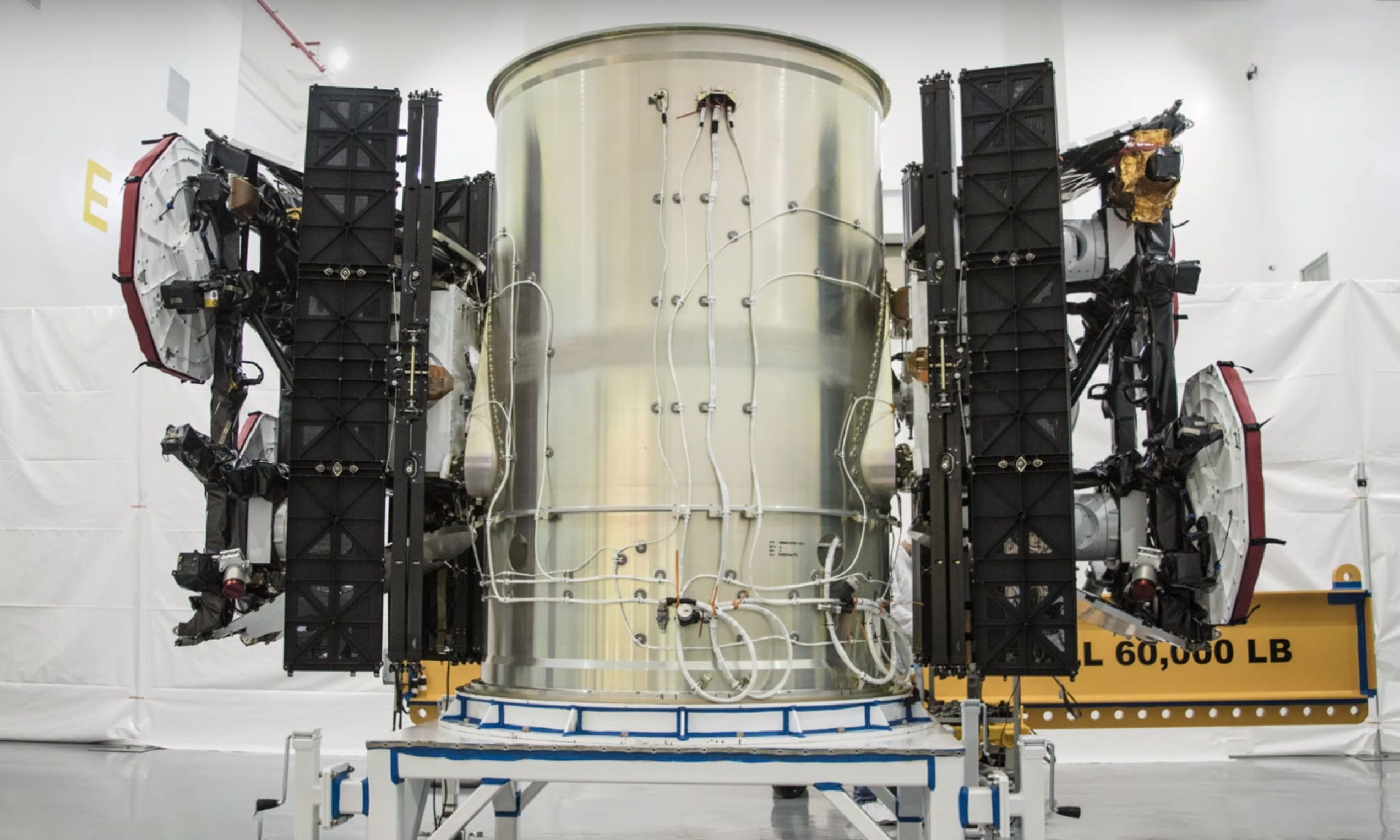 Launching this volume of satellites in just one and a half years would not have been possible without the Falcon 9 Block 5 and its rapid reuse capability. The Block 5 variant, first launched in May 2018, has been specifically designed to launch ten times without major refurbishment, and SpaceX CEO Elon Musk believes it is capable of 100 flights.

The Block 5 version of the Falcon 9 made its first Starlink launch on May 23, 2019, launching sixty Starlink v0.9 satellites as the heaviest payload SpaceX had launched to date. These satellites were not meant to be operational but instead tested out the technologies used by these spacecraft.

The first launch to build the present satellite shell, and the first operational Starlink launch, occurred on November 11, 2019 from SLC-40 using booster B1048-4. This mission also featured the first reused fairing as well, marking another milestone in SpaceX’s efforts to reduce the cost of accessing space.

The sheer number of satellites launched to date, and planned to launch over the next few years, has concerned the astronomy community due to their potential brightness and effect on photographic exposures, especially with large wide-field telescopes like the Vera C. Rubin Observatory which will be used to search for asteroids.

To address these concerns, SpaceX initially experimented with a “darksat”, one satellite painted black to lower its brightness. However, this resulted in heating issues, so eventually a sunshade was placed on the satellite that is now on all Starlink satellites launched since August 2020.

This sunshade has noticeably lowered the satellites’ brightness from an average of magnitude 4.63 pre-visor (visible under moderate light pollution) to magnitude 5.92 with the visor (only visible in darker skies).

As astrophysicist Jonathan McDowell stated on a recent NSF Live webcast, “we’re still trying to understand how bad it’s going to be” but “to SpaceX’s credit, they have been having real conversations with the astronomy community” and has made the satellites significantly fainter but not yet to the point where astronomers could relax.

The large number of satellites from Starlink and other planned mega-constellations has also raised concerns about potential cascading collisions called the “Kessler effect.” SpaceX has installed an automated collision avoidance system on their satellites, though concerns have been raised regarding how much information has been released about how the system works.

The planned orbits have also been lowered from an earlier proposal, not only allowing more Starlinks to be launched on a given flight but also decreasing the latency in communication with ground terminals, and cutting the time these satellites will be in orbit. As satellites are deorbited, new ones will be launched with updated technologies.

After this week’s Starlink L28 mission finishes the first satellite shell, the next shell will be started with Starlink L29 in June. The polar shells will also be started this summer with Starlink launches from Vandenberg, while the Starlink satellites launched this spring finish maneuvering to their operational orbits.

These flights will be another step forward for SpaceX’s satellite business, which is needed to fund their moon and Mars ambitions with Starship, while competitors ready satellite constellations of their own to take some of the growing satellite internet business. Much has changed dramatically since Tintin A and B were launched in early 2018, but these changes in the launch and satellite industries pale in comparison to the plans for the next decade.