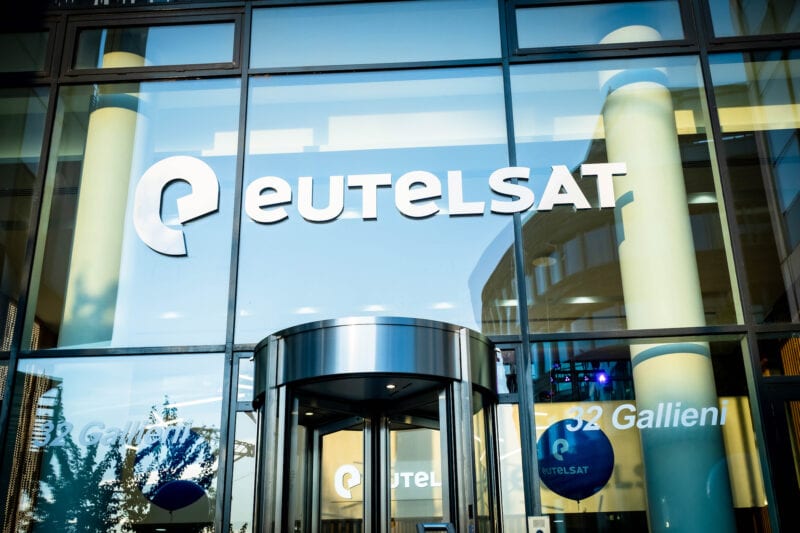 Eutelsat’s over $500 million investment for a 24% stake in OneWeb, announced Tuesday, marks one of the major Geostationary Orbit (GEO) operators making a substantial move in Low-Earth Orbit (LEO). The move has been greeted positively by the analyst community.

Giles Thorne, a satellite equity analyst at Jefferies, wrote in a research note that he applauds the ambition of Eutelsat here. He adds, “The sector has had a difficult 10 years transitioning from being video-led to being data-led. Perhaps an unwillingness to throw off caution and take some moonshots was actually part of the issue. Hearing the CEO speak of latency driving relevance in the cloud era rings very true (and kudos to SES for being ahead of the curve on this theme).”

Thorne believes the industrial and strategic rationale looks robust for Eutelsat. Thorne points to the fact that with the latent demand for connectivity building, communities continue to be underserved, spectrum continues to be available to fuel a bridging of the digital divide, and low-earth orbit is a virgin frontier in high-throughput.

“Eutelsat has reiterated much of what we have heard from OneWeb, that it will address fixed data, government, and mobility applications in a completely wholesale B2B model ($10 billion total addressable market, 10-20% target share, target $1 billion of revenue 3-5 years post full deployment),” he said.

Thorne also believes that Eutelsat has the regulatory, technical, commercial resources that can bring OneWeb the type of heft it needs to become viable. He adds, “Eutelsat’s heritage is decidedly Geostationary, with its ambitions in consumer fixed broadband well served by its investments to date. But the greenest fields of growth lie outside Eutelsat’s current asset base. And Eutelsat benefits from OneWeb’s $5 billion of invested capital to date (though there is still $0.5 billion of funding to be raised, Eutelsat has said it anticipates being diluted to 20%), the opportunism of funding OneWeb out of bankruptcy, and OneWeb’s priority spectrum rights.”

However, while the rationale is understandable, OneWeb has had somewhat of a checkered past, which naturally leads to questions about this investment. Thorne adds, “While nothing in this investment denies capital currently allocated for [High Throughput Satellites] HTS-GEO, dividends, and de-leverage, Eutelsat has nonetheless denied investors a fortress balance sheet and/or enhanced returns by steering all the $507 million of C-band proceeds towards a moonshot. Some might quibble with that characterisation, but none can conjure any heritage of Ku-band spectrum being viably monetised from low-earth orbit. SoftBank‘s withdrawal of funding form OneWeb less than a year is a firm reminder of that.”

A Unique Proposition for Eutelsat

Robert Berg, a satellite equity analyst at Berenberg, told Via Satellite that he thinks there is a huge amount of momentum in the LEO space and given its lower orbit and better latency, LEO will (whether today or in the medium-term) be able to address applications such as fixed data, government, and mobility in ways that GEO simply can’t. Strategically Berg thinks it makes sense to be involved in LEO to remain relevant in these markets.

“To be active in LEO requires a huge amount of capital, something that Eutelsat would not be able to do alone. While one can question the valuation (given the lack of visibility on when returns will come) I definitely can see the not only the need for Eutelsat to be involved in LEO, but also the uniqueness of the OneWeb proposition (given Chapter 11 wiped out a huge amount of the investment making returns seem more likely). We worry about future capital needs of OneWeb and the drain that could have on Eutelsat, albeit were comforted that this would only come over and above a stable to progressive dividend, current CapEx guidance and in line with the 3 times leverage target,” Berg said.

Berg also makes the point that around $500 million is not too different to the cost of one VHTS satellite and ground infrastructure, and while the returns on a VHTS satellite may be more visible, he believes the upside potential (and thus risk) is clearly more exciting for a stake in OneWeb.

Roshan Ranjit, a satellite equity analyst at Deutsche Bank, also put out a research note on the deal. He pointed to Eutelsat’s comment on a conference call about the deal that OneWeb will be the main growth engine in non-broadcast and non-broadband applications. He added while Eutelsat could see slight growth in government services revenues in the next few years given the Quantum satellite, the transition to LEO services given the size of the market opportunity is underway.

“The mobility segment is a small segment for Eutelsat at less than 5 percent of revenues, and with OneWeb’s global coverage set for 2022 combined with priority spectrum rights this could be a big growth area for OneWeb. Fixed broadband will remain a key focus area for Eutelsat and management is confident of its B2C focus vs. OneWeb’s B2B bias in fixed broadband,” Ranjit said.

Ranjit also pointed to the fact Eutelsat has consistently referenced the high costs to provide fixed broadband services using a LEO constellation and the differing customer base. Ranjit believes Eutelsat is in talks with other telcos regarding wholesale capacity agreements, which would drive further growth in fixed broadband revenues.