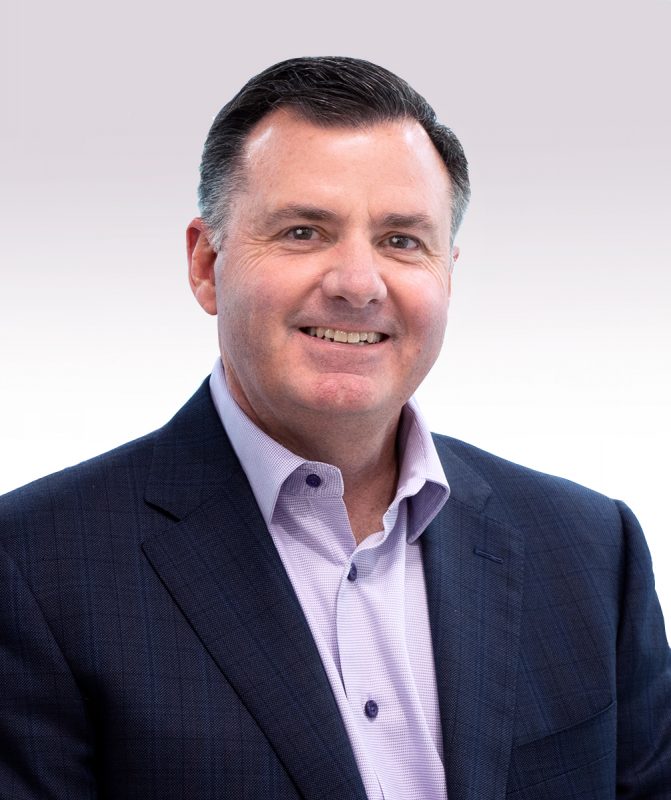 BlackSky Holdings owns and operates its own satellites for geospatial imagery collection, but CEO Brian O’Toole sees the company as more of a software company. Its satellite imagery is brought into its Spectra AI platform, which analyzes the imagery and other types of data to deliver insights to customers.

Here, O’Toole talks about why the company chose the SPAC route, and how he sees BlackSky as a software company with the competitive advantage of space data.

VIA SATELLITE: Why did BlackSky go the SPAC route, and why was this the right time for BlackSky?

O’Toole: Being a fully funded space company is significant for both a customer and a market opportunity perspective. For customers, it ensures that we have the capital to deliver the capabilities that they’re counting on, in a clear timeline. It provides a higher level of certainty that we will be there to meet the demand. From a business perspective, it means we can move quicker and more efficiently to go after the large and growing market opportunity for real-time geospatial intelligence.

VIA SATELLITE: Looking at your growth projections, you have aggressive targets that you’re hoping to hit — doubling revenue every year for the next few years. How will funding from being public enable you to realize that growth?

O’Toole: We’ve been building the company for a long time. We’ve got satellites in orbit, manufacturing capability in place at LeoStella, and a number of marquee customers that have validated our service. It’s evidenced by our growing customer base and the strength of our sales pipeline. This gives us a clear line of sight to achieve this forecast.

The transaction funds our growth from three different perspectives. We’re able to expand our constellation and move deployment of Gen 2, but also invest in Gen 3, to get to a 30-satellite capability 50-centimeter resolution [constellation]. And investment in software — more sensors, more AI [Artificial Intelligence] and Machine Learning algorithms, which improves accessibility for our partners and developers. Then, building our go-to-market capabilities and sales and marketing to go after the commercial sector. We’ve been preparing for this moment for seven years and we have a lot of confidence in our growth plan.

VIA SATELLITE: How do you see the total addressable market for geospatial intelligence growing over the next five years?

O’Toole: There’s two dimensions to the market opportunity. There’s the government sector — we’re focused on that initially. We’re seeing the shift toward near real-time Earth Observation capabilities, both in the U.S. government and internationally, We’ve already got existing contracts and customer relationships, so that’s a well-defined market for us. We see that market shifting from buying raw data, to buying the analytics and insights that go along with it. We have positioned ourselves to provide that. Our constellation, which is focused on high revisit imaging with rapid delivery available on demand, is suited for the types of missions that those customers want.

On the commercial side, there’s a lot of growth that’s been forecasted, particularly as the markets move toward more real-time capabilities. Up until now, that’s been challenged by affordability, accessibility through software, and having the assured capacity of high frequency collection. I think we’re well-positioned in both markets, particularly addressing the move toward real time

VIA SATELLITE: Would you say that one of those markets has more demand than the other?

O’Toole: I wouldn’t say there’s more demand in one market or the other. The government market is more mature in buying this type of capability. That’s a logical place for us to start and build our business. For commercial, we have a lot of incoming interest, I’ve seen that over the years. Frequency, affordability, and access had been the limiting elements to accelerating and going after that larger market opportunity. With the recent Rocket Lab announcement and moving forward our deployment of our constellation, we’re well on a path to deliver one-hour revisit capability and 90-minute delivery timelines, which are needed for a lot of commercial business intelligence.

O’Toole: We’re working on a number of those right now in different sectors that extend everywhere from energy, insurance, mining, and supply chain. We’ll start piloting and putting teams in place to start working on those channels to market this year.

The great thing about our software is that different customers are going to have requirements for different types of information and insights. For example, some customers want us to deliver a monitoring solution with alerts and notifications on changes that matter to them as a subscription. Others want an on-demand ability to go see what’s happening on the ground. We’ve tried not to build a one-size-fits all platform. We are building a developer environment where we’re making these services available to solution providers and developers, which is going to enable us to scale the business. We’ll put in place a number of last-mile partners that will help build applications that we haven’t even thought of yet, across a lot of different markets. We see that as a tremendous opportunity.

VIA SATELLITE: Would these be last-mile software partners?

O’Toole: There could be companies that are already providing software and analytics solutions — say, in commercial real estate — where we can add value. We want to provide them with additional information and insights and make those products better. We don’t need to be in the business of standing up custom solutions in every market. We want to move toward a model where developers and partners are driving a lot of that.

VIA SATELLITE: What about expanding into other sensor sets? What would that look like?

O’Toole: We are already expanding with lots of different sensors in our platform. We support SAR [Synthetic Aperture Radar], we’ve integrated with companies like Hawkeye 360 that provide signals, and we’re integrating news, social media, and business intelligence feeds. We will continue to do that.

It really goes to what our customers want. They want real-time geospatial intelligence. It’s about being the first to know. In order to do that, you need to integrate data from lots of sources, apply AI and Machine Learning algorithms that translate that into insights, and make that of all available through a wide range of applications, web services, and developer APIs. This has been part of our strategy from the very beginning. We’ve been building the software architecture to do this in real time, focusing on automated processing and massive scalability.

The software gives us the ability to build a database and related data products and services that are accessible. That means we can collect once with ours and many other sensors, and sell many times. That’s where the scalability comes in. Software allows us to do that, beyond what just having a satellite constellation can do. I would say we’re more of a software and data analytics company that happens to own satellites, then we are a space company.

VIA SATELLITE: Seeing BlackSky as more of a software company is reflected in your benchmarking. You are benchmarking against companies like Palantir and Data Dog. How did you make the decision to compare BlackSky against those companies?

VIA SATELLITE: I talked to a number of analysts about the wave of SPACs in space, and some were skeptical on the valuations. What would you say to someone who thinks that BlackSky is overvalued at 1.1 billion?

O’Toole: We’re not a recent space startup. There’s significant capability in terms of software, space, global ground architecture, traction with customers and validation — both by customers and in the business model that we’ve set out as a company. Our growth, as outlined in the investor deck, is founded on a clear revenue plan that’s backed up by customers and the line of sight we have. We’re in a different category than a number of new startups.

VIA SATELLITE: Are you considering acquisitions in your growth strategy?

O’Toole: We’re focused on what’s in front of us. Getting our constellation up there, expanding the software, going to market. As opportunities come available, we’ll take a look at them. Obviously they would need to fit into our strategy around delivering real-time geospatial intelligence.

VIA SATELLITE: Do you have any concerns about targeting aggressive growth while under the scrutiny of being a public company?

O’Toole: Whether you’re a public company or private company, you still need to deliver for your shareholders and your customers. We operate very transparently in terms of our strategy of our satellite constellation combined with our software platform, driven by AI and Machine Learning. We’ve been really clear about those milestones and so I don’t see that changing much.

When you weigh the benefits in terms of capital, awareness, and operating leverage that we’ll get from being a public company — especially at our stage, and how we’re positioned for growth — the benefits far outweigh the risk. We see a significant market opportunity and being fully funded enables us to efficiently go after it, and not have the management team distracted by continually raising capital.

The post BlackSky CEO on SPAC: ‘We’ve Been Preparing for This Moment for 7 Years’  appeared first on Via Satellite.