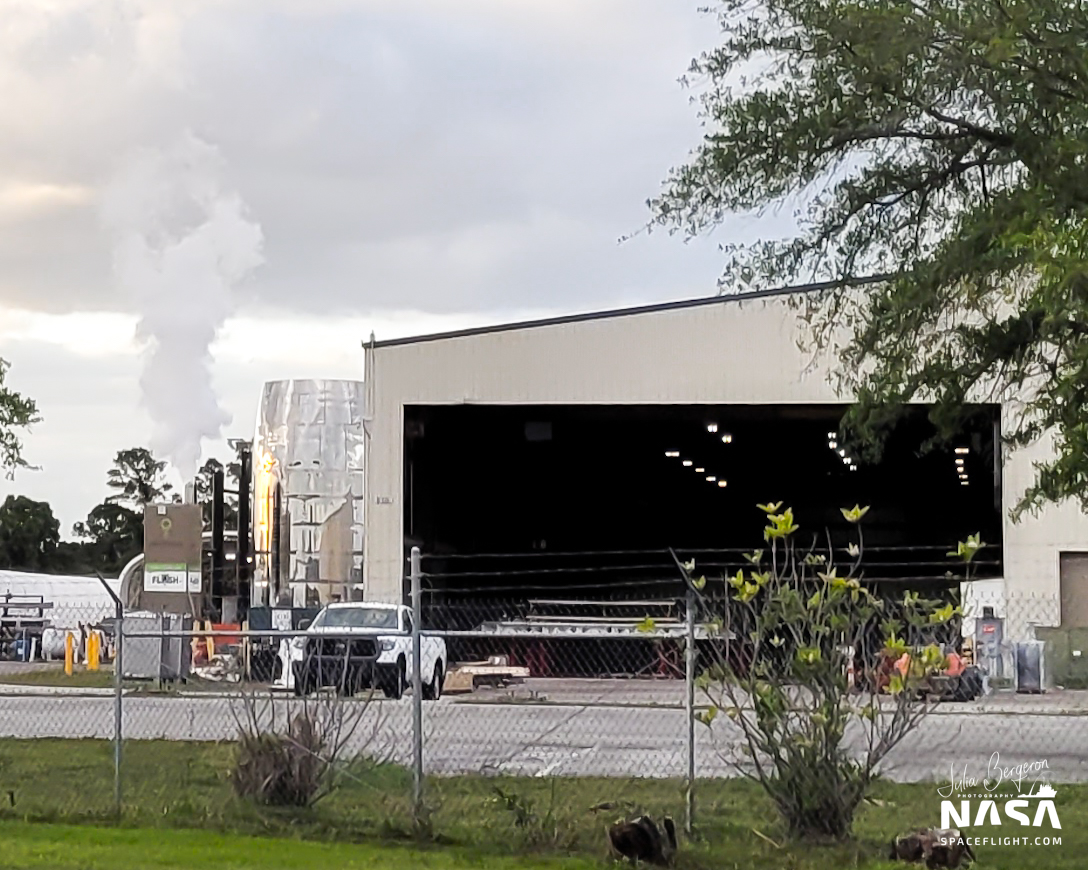 Building and testing SpaceX’s next generation launch system, Starship, has primarily been conducted at the village of Boca Chica, Texas. But just a couple years ago, Starship hardware was also being built at a SpaceX facility on Cidco Road in Cocoa, Florida, near America’s most active spaceport at Cape Canaveral.

Today, only a single Starship nosecone section remains at the site, but new permits have been filed showing that the facilities at both Cidco and Roberts Road in Florida still hold very active roles in the Starship program.

The once bustling facility in the cul-de-sac fell quiet, with many of the workforce moving to support rapid development in Texas. Mk2 stood as sentry over the grounds, while an upgraded Octagrabber for Just Read the Instructions was being fabricated in the large building below. Now, only the main nosecone section of Starship Mk2 can be seen at the facility.

New development sealed the fate of Starship production in April 2020, when the upcoming addition of new condos would effectively seal off the exit route for large builds that would later have been stacked at the Starship launch site at the Kennedy Space Center’s LC-39A.

In early September 2020, a Purestream FLASH evaporator unit appeared on the property. According to Purestream’s website, the unit uses evaporation to handle wastewater from manufacturing processes. 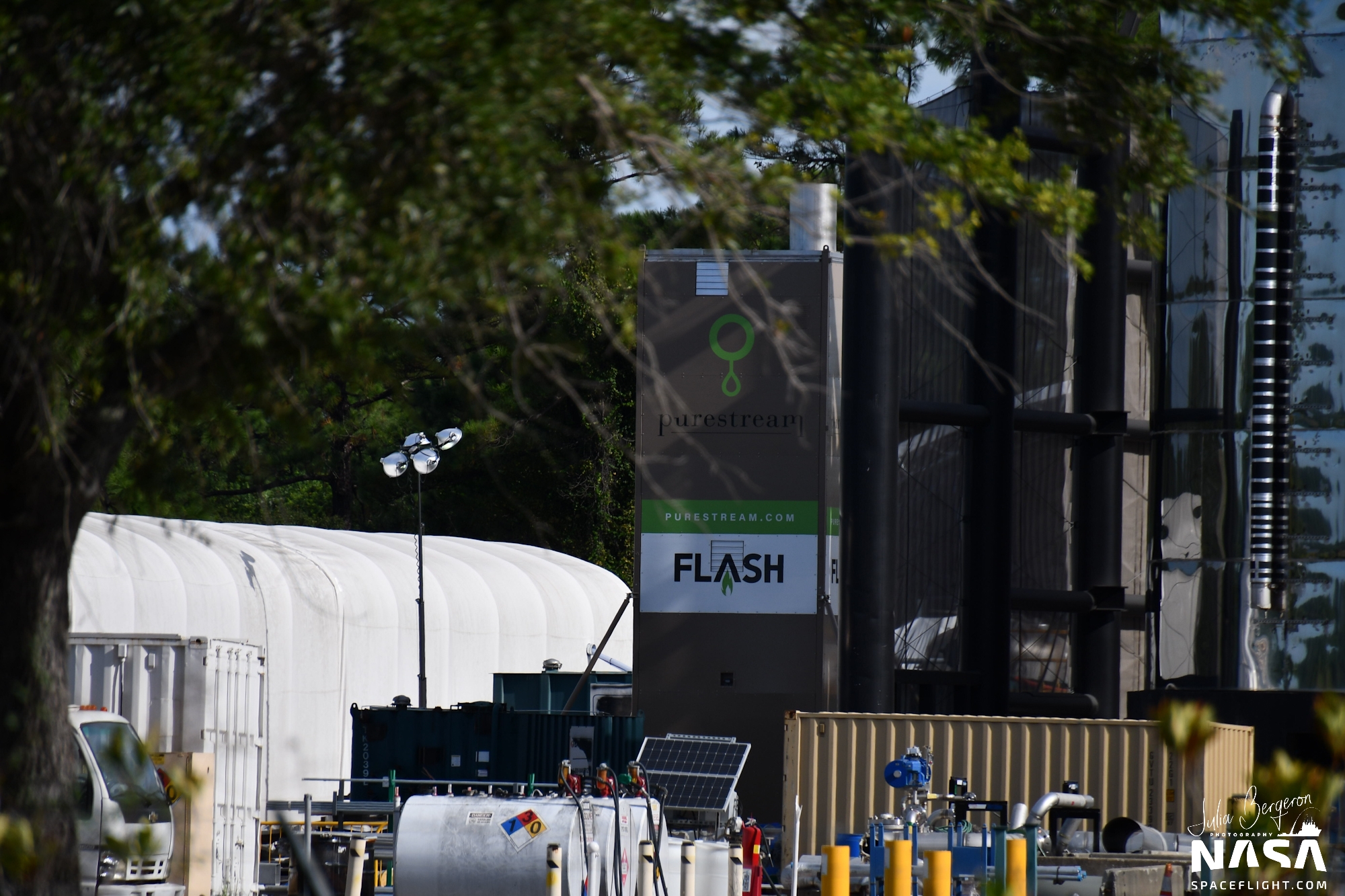 Recent permits indicate that the FLASH unit is part of the Silica Purification Process used in the manufacture of light-weight “bricks” used on the exterior of the spacecraft. The life of a hexagonal thermal protection tile for Starship begins at Cidco Road.

Starship’s thermal protection tiles will make up the spacecraft’s heat shield, which will protect the spacecraft and its payload during atmospheric entry on both Earth and Mars. The tiles will need to withstand high energy reentries during interplanetary flights and missions to the moon, as well as be reusable across several flights.

Heat shield sections have been seen on Starship prototypes in Boca Chica, with each prototype progressively adding more tiles. While these vehicles are not experiencing atmospheric entry, SpaceX is likely testing methods of attaching the tiles to the vehicle, ensuring that they survive the vibrations and aerodynamic forces of flight.

The permit goes into further detail of the silica purification process. Bales weighing approximately 25 kilograms are delivered to the facility and stored in a covered storage pavilion. These bales are loaded into an insulation blower which cuts the fibers into small pieces before blowing the silica into a series of heated tanks of nitirc acid. Each bale can be processed in 10-15 minutes. 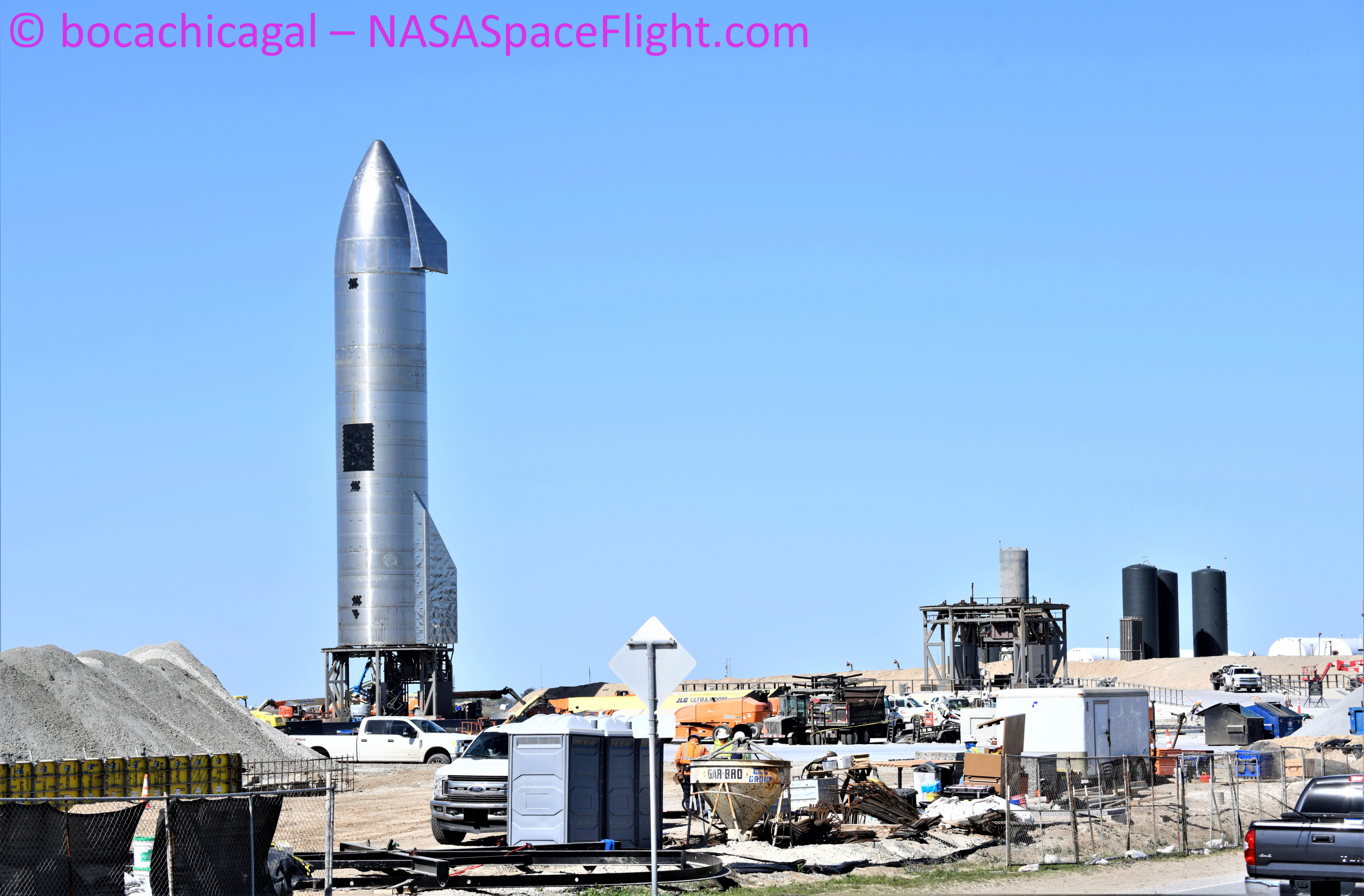 Starship SN11 with one large patch of thermal protection tiles, as well as a handful of small patches – via Mary (@bocachicagal) for NSF

The warehouse is currently being used to fabricate Octagrabber 3.0. This Octagrabber is expected to be used to support recovery operations on A Shortfall of Gravitas (ASOG), SpaceX’s upcoming third autonomous spaceport drone ship. The fabrication of a third Octagrabber indicates delivery of ASOG may be imminent.

Although the SpaceX Cidco facility is no longer a test bed for Starship prototype manufacturing, it is clear that SpaceX has found value in having an offsite multi-use facility. Another remote facility is the Roberts Road complex on Kennedy Space Center grounds.

SpaceX has submitted plans for a road extension at Roberts Road. Hopefully this is a good sign that the site will become even more active over the coming months!https://t.co/pvqneSJkC5 pic.twitter.com/vSdo6pzW9C

A new permit has been filed to extend the existing access road. This facility was proposed to host a new control tower and Starship refurbishment facility. Activity stopped at Roberts Road as well as LC-39A when testing accelerated in Boca Chica. However, a large building has been spotted under construction that indicates this site may begin operations soon.

LC-39A currently supports all Crew Dragon and Falcon Heavy missions, in addition to uncrewed Falcon 9 missions in parallel with launches from SLC-40 at the adjacent Cape Canaveral Space Force Station. As the vehicle designs mature and approach operational capabilities, the new launch mount and landing pad at LC-39A is planned to support orbital Starship launches, in addition to orbital launch sites in Boca Chica and possibly the Phobos and Deimos offshore platforms.

The Cidco and Roberts Road facilities are expected to begin expanding operations as engineers solidify Starship plans through rapid testing at Boca Chica. The latest prototype vehicle, SN15, is being prepared for rollout to the launch pad as early as this week, with Super Heavy prototype testing to begin soon in advance of a first orbital launch attempt this year.

(Lead photo of the Cidco Road facility, with active FLASH unit and Octagrabber 3.0 visible, in April 2021 – via Julia Bergeron for NSF)