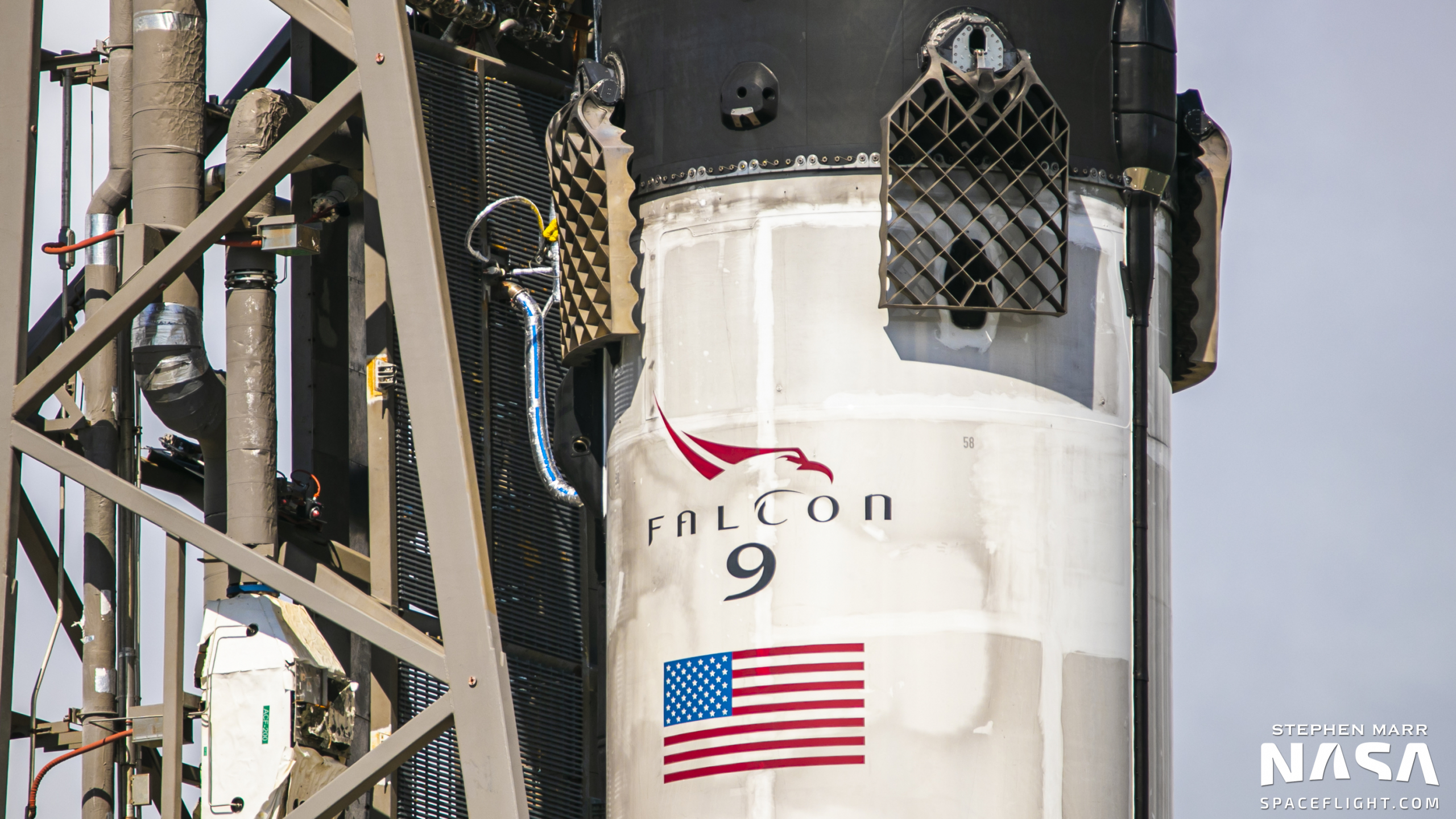 As SpaceX continues its push towards a new record number of launches in a single year, the company is preparing to launch the Starlink v1.0 L20 mission — the 20th launch of operational Starlink satellites and the 21st Starlink launch overall.

Liftoff is currently scheduled for March 9th at 9:58 PM EST (02:58 UTC on March 10th) from SLC-40 at Cape Canaveral Space Force Station. This comes after the vehicle successfully completed a static fire test on March 8th at 6 PM EST (23:00 UTC). If the launch does not occur on March 9th, two backup opportunities are available on March 10th EST.

The L20 mission will be the fifth Starlink mission of 2021, but the sixth batch of Starlink satellites launched this year. SpaceX launched 10 satellites into a polar orbit on the Transporter-1 mission at the end of January.

This launch also comes after the long delayed Starlink v1.0 L17 mission was successfully launched from Launch Complex 39A at Kennedy Space Center on March 4th.

In total, the L20 mission will bring the number of operational v1.0 Starlink satellites launched to 1,203.

The booster assigned to this mission is B1058-6, the same booster that launched Bob Behnken and Doug Hurley to the International Space Station on the Demo-2 mission in May 2020, the first time SpaceX ever flew humans.

B1058 then went on to fly the ANASIS-II mission in July, Starlink v1.0 L12 in October, CRS-21 in December, and the Transporter-1 mission in January of this year.

The booster will attempt to land on the drone ship Just Read The Instructions about eight and a half minutes after liftoff, where it will then be safed and brought back to Port Canaveral for refurbishment ahead of its next flight.

The payload fairing halves are also being reused, with one half previously flown on the ANASIS-II and SXM-7 missions, and the other flown on the Sentinel-6A mission. Post-splashdown recoveries of these fairings will be made by GO Navigator and GO Searcher.

Shortly after liftoff, the vehicle will begin its roll maneuver to the correct orientation before beginning to pitch downrange, on course for their targeted 53 degree inclination orbit.

Apart from the 10 satellites that were launched into a polar orbit on the Transporter-1 mission, and the two prototype Starlink satellites, Tintin A and B in 2018, all Starlink missions have launched into a 53-degree inclined orbit. This allows the satellites to pass over a very large portion of the earth while still taking advantage of the Earth’s rotation during launch.

About two minutes and 35 seconds after liftoff, the nine Merlin 1D engines on Falcon 9’s first stage will shut down, a process referred to as Main Engine Cutoff (MECO), with stage separation and ignition of the single Merlin Vacuum (MVac) engine happening in short succession a couple of seconds later.

Fairing deployment will then follow less than one minute later at T+3 minutes and 16 seconds. The stage one entry burn occurs six minutes and 40 seconds after launch, and B1058-6 will touch down on Just Read the Instructions at T+8 minutes and 24 seconds.

Second Engine Cutoff One (SECO-1) occurs at T+8 minutes and 55 seconds after liftoff.  Once in an initial elliptical parking orbit, the second stage will coast for around 37 minutes before performing a very short one second burn of the Merlin Vacuum engine to raise the vehicle’s perigee, its lowest point in the orbit, to a more circular orbit of about 260km x 280km. 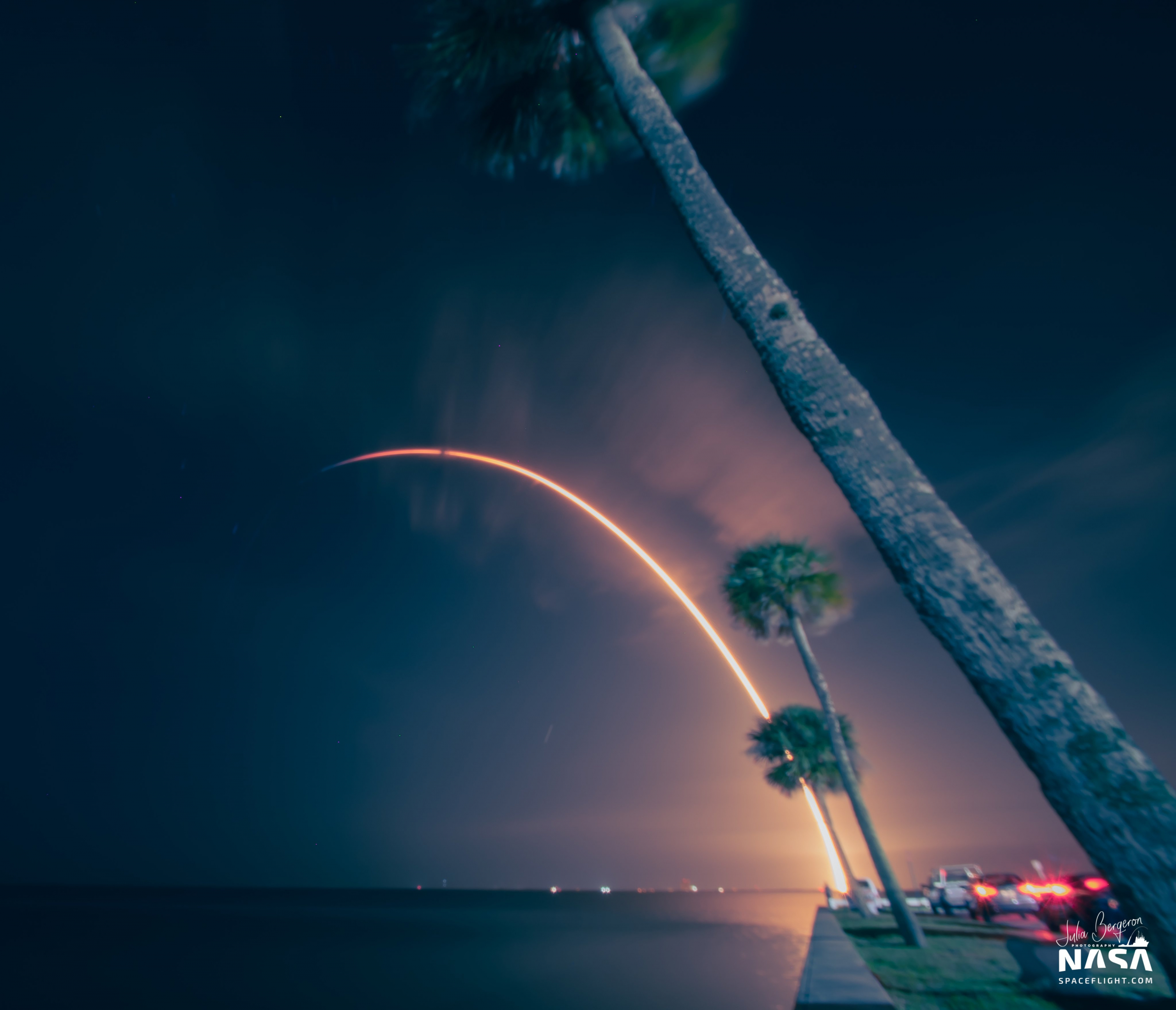 The launch of Starlink v1.0 L19 – via Julia Bergeron for NSF

Once complete, the four tension rods that held the stack of Starlink satellites together during launch will separate, allowing the satellites to begin fanning out, similar to a deck of cards being spread out on a table.

Upon deployment, the satellites may bump into each other, however over time they will drift far enough away from each other to begin deploying their single solar array and turn on their Krypton ion thruster and begin maneuvering up to the intended orbital plane and raising their orbit to an altitude of 550km where they will begin operation.

Using this launch profile, it takes several weeks for all 60 satellites to maneuver into position and begin operations as part of the constellation.

Better Than Nothing Beta

On February 8th, SpaceX greatly expanded its Starlink beta program by allowing more users at higher and lower latitudes to opt into the program.

Previously, coverage was available to a smaller range of latitudes, ranging from around 42-53 degrees north, with users also needing to be within range of a ‘cell’, an area of about 15 miles (24km across) in order to be served.

However, the expansion of the beta program has allowed many more users ranging from higher and lower latitudes, and many more areas within those latitudes to receive service.

It is unknown what the official coverage area is, though users have reported being able to order the Starlink kit at latitudes ranging from 36.9-54.8 degrees north.

For the first time, users who are not able to order the Starlink beta kit right now are able to put down a $99 deposit, with the Starlink website stating to expect service to be available by mid-late 2021.

Once signed up on the Starlink website, users that can be served will be given the option to purchase the Starlink kit for $500.

There are also additional accessories that can be purchased to help with more permanent mounting of the dish, which include a pipe adaptor and a roof mount. A cable routing kit can also be purchased for users with prior internet cable routing experience.

The kit includes the Starlink dish, used to send and receive signals from the satellites, a Wi-fi router to allow users to access the network, a power brick to plug the dish and router into, and the power and ethernet cables. The already color coded cables also come plugged in right out of the box for even quicker and easier installation times.

After receiving a kit, participants in the beta program pay $99 a month for the service, with no data cap currently applied.

It is unclear whether there will eventually be data caps in the future as more users come online.

Currently, beta users can expect speeds between 50-150Mb/s, with latency of 20-40ms, with Elon Musk confirming that speeds will increase to ~300Mb/s with latency dropping to ~20ms later this year.