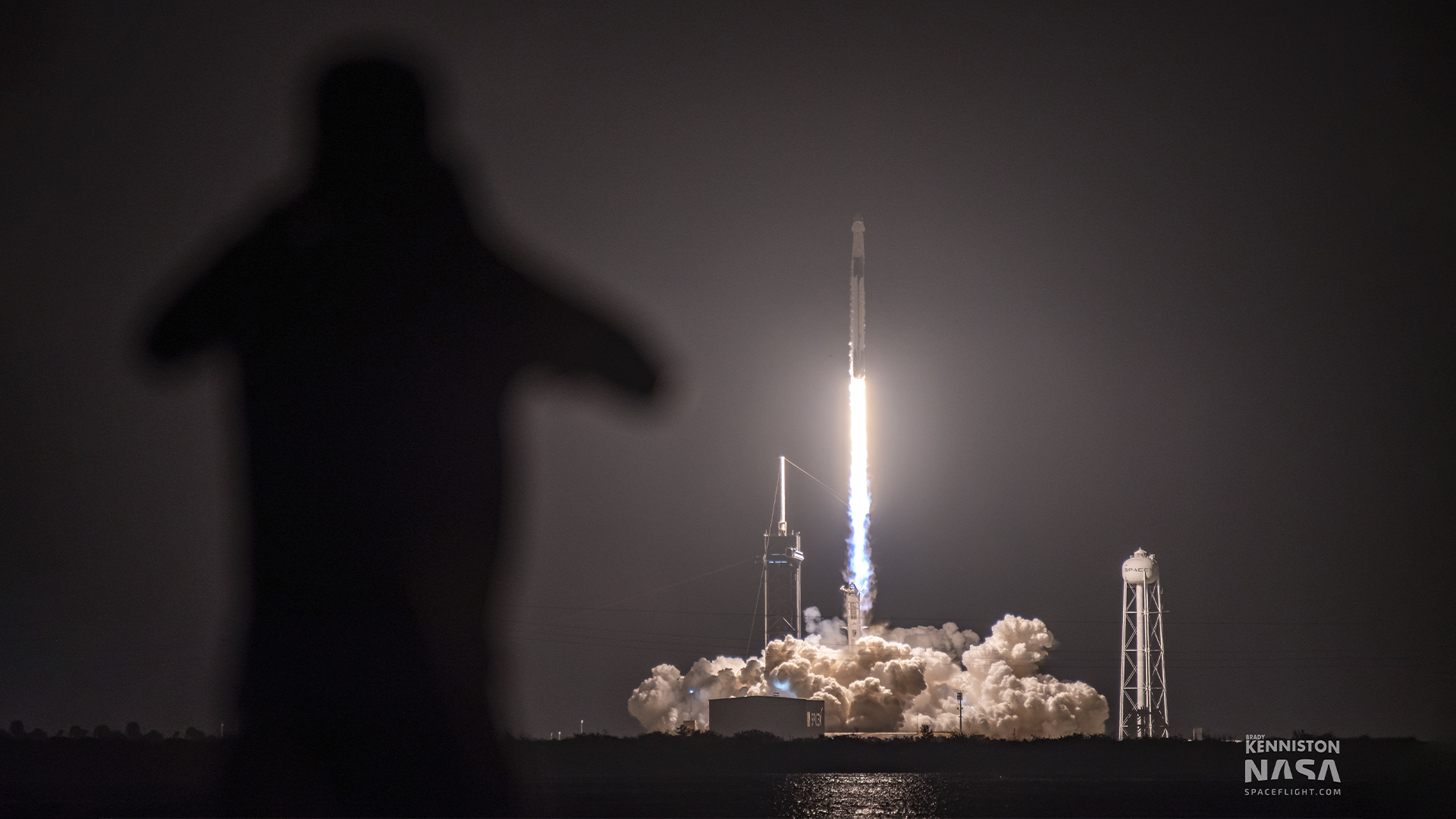 SpaceX has added a new private Crew Dragon mission to their growing human spaceflight manifest. The first all-civilian space mission, named Inspiration4, will be launched on a Falcon 9 rocket and the Crew Dragon Resilience spacecraft as early as the fourth quarter of 2021.

The flight will be led by Jared Isaacman, a tech entrepreneur and world record setting pilot. The mission is dedicated to fundraising for St. Jude’s Children’s Research Hospital.

The three remaining seats will be filled with members of the public who exemplify the pillars of hope, generosity, and prosperity. Isaacman, the commander of the flight, will represent a fourth pillar, leadership mission pillar.

He is donating the costs for the seats and has committed $100 million to St. Jude in connection to the spaceflight. The crew and mission will carry the goal of raising upwards of $200 million to expand St. Jude’s childhood cancer research.

Joining Isaacman will be a front line worker from St. Jude, representing the pillar of hope, and an entrepreneur who utilizes Shift4Shop, an eCommerce platform offered by Isaacman’s company Shift4 Payments. The entrepreneur will represent the prosperity pillar.

Members of the public can enter for a chance to be the fourth crewmember on the flight by donating to St. Jude and representing the pillar of generosity.

The front line worker from St. Jude has already been selected and is a woman. The remainder of the crew for Inspiration4 will be selected at the end of February and announced in early-March. 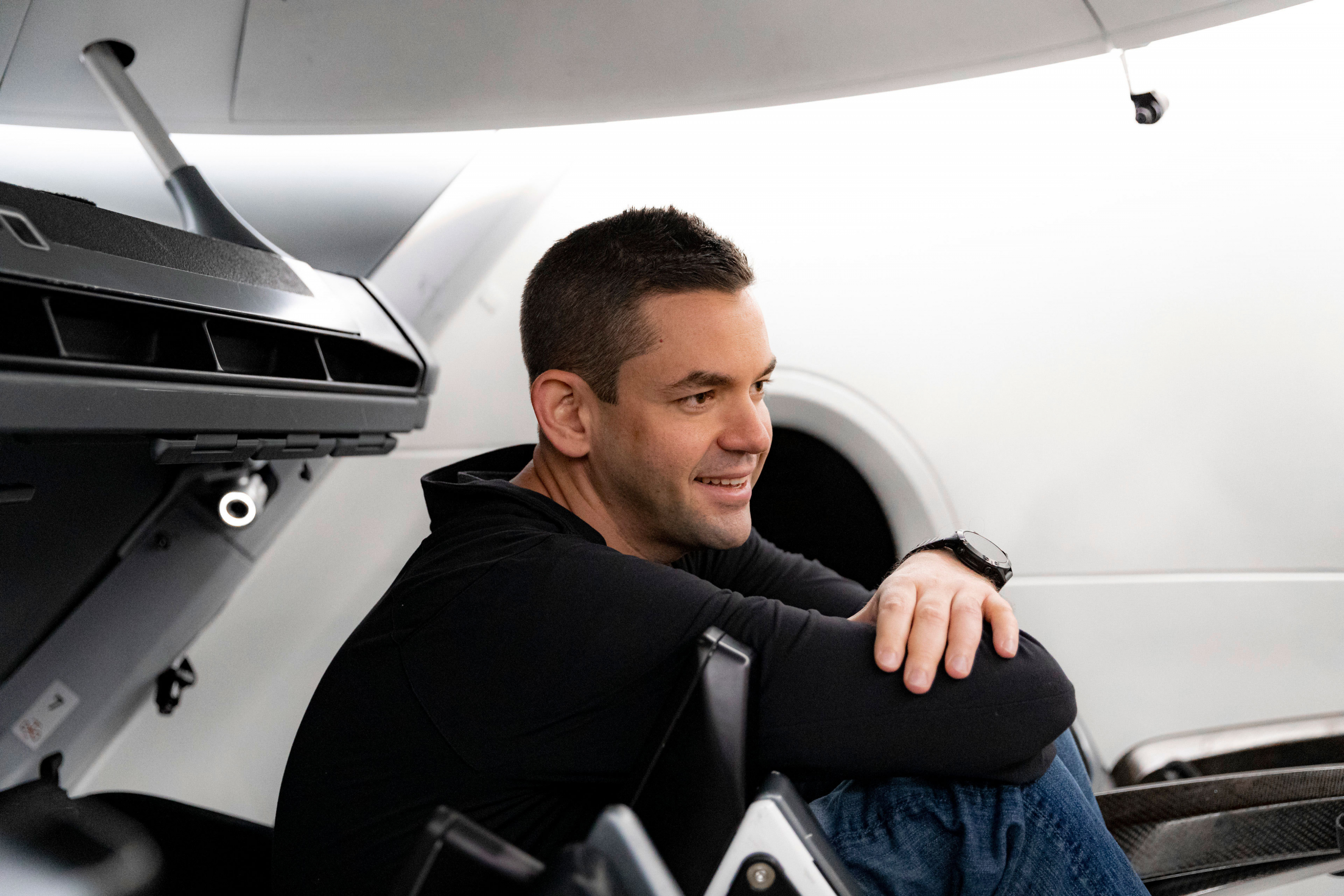 The tax obligations from being awarded the seats aboard Dragon will be covered by Isaacman and Shift4 Payments. Isaacman will also offer other prizes, including flights in a military jet and flight gear.

Isaacman is the co-founder of Draken International, the world’s largest private air force which trains pilots for the United States military. As a pilot himself, Isaacman broke the world record for circumnavigating the world in 61 hours 51 minutes and 15 seconds in 2009 and has performed in airshows as part of the Black Diamond Jet Team.

Like the Inspiration4 mission, Isaacman’s circumnavigation and airshows have all been dedicated to charities, including the Make-a-Wish Foundation.

“Inspiration4 is the realization of a lifelong dream and a step towards a future in which anyone can venture out and explore the stars,” said Isaacman. “I appreciate the tremendous responsibility that comes with commanding this mission, and I want to use this historic moment to inspire humanity while helping to tackle childhood cancer here on Earth.”

“Today’s announcement is the first step of a very exciting journey. In the lead-up to launch, we’ll share new ways to support and follow our mission preparation and execution with a focus on inspiring and helping others.”

Prior to the flight, the crew will complete commercial astronaut training conducted by SpaceX, including emergency preparedness training, spacesuit exercises, and both partial and full mission simulations.

Training will focus on orbital mechanics, operating in microgravity, and other stress testing. The training curriculum is drawn largely from the program used for NASA astronauts.

Also on board the spacecraft will be a set of microgravity experiments, with details to be announced at a later date.

Resilience will orbit Earth for two to four days before returning and splashing down off the coast of Florida in the same splashdown zones used for NASA Commercial Crew missions.

Isaacman sees St Jude’s mission of fighting cancer as an important parallel to SpaceX’s mission of flying everyday people to Earth orbit, the Moon, and Mars.

SpaceX also has private Crew Dragon missions booked for Axiom Space and Space Adventures. These flights are in addition to the Crew-2 and Crew-3 missions for NASA which are scheduled for launches this year.