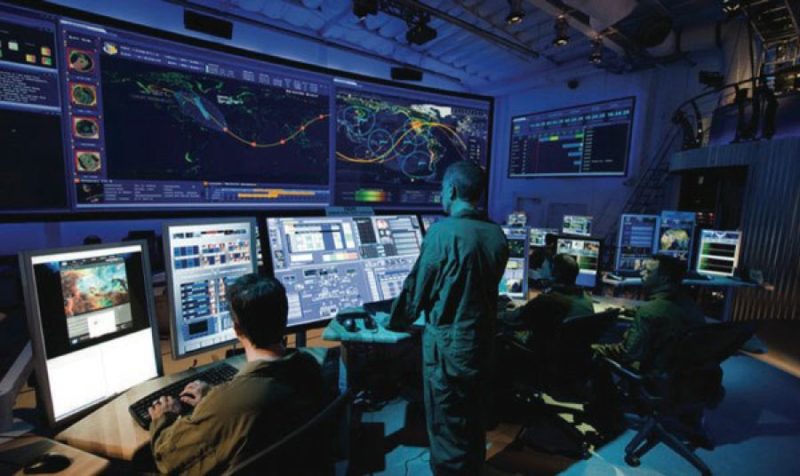 The U.S. Air Force has picked Redstone Arsenal, Alabama as the “preferred location” for U.S. Space Command’s headquarters, pending a final decision in 2023 after the completion of an environmental impact assessment.

Alabama Republican Gov. Kay Ivey said that Deputy Assistant Secretary of the Air Force for Installations Bob Moriarty called her on the morning of Jan. 13 to tell her of the selection by Air Force Secretary Barbara Barrett after Ivey, Redstone, and city of Huntsville officials made their final pitch to the service in late December.

Ivey said on Jan. 13 that Redstone Arsenal was the “most natural choice” to host U.S. Space Command because of the arsenal’s history of involvement in space exploration, including work on the Space Shuttle and building the Saturn launch vehicles for the Apollo program, and because of the presence of 65 federal agencies at Redstone Arsenal, “not to mention the growing presence of the FBI and other federal installations.”

Established in its first incarnation in September 1985 to provide joint command and control for all military forces in outer space and coordinate with the other combatant commands, U.S Space Command was inactivated in 2002 and its activities and personnel were moved to U.S. Strategic Command.

The new U.S. Space Command was established in August 2019, four months before the U.S. Space Force, and has been informally housed in Colorado Springs, Colorado at Peterson AFB – the former location of Air Force Space Command since then.

U.S. Space Command – a geographical combatant commander — is a separate entity from the U.S. Space Force, the newest branch of the U.S. armed forces that sits under the Department of the Air Force. The Space Force headquarters is situated at the Pentagon, along with all the other services’ official headquarters.

“The Department of the Air Force conducted both virtual and on-site visits to assess which of six candidate locations would be best suited to host the U.S. Space Command Headquarters based on factors related to mission, infrastructure capacity, community support and costs to the Department of Defense,” the Air Force said on Jan. 13.

“Huntsville compared favorably across more of these factors than any other community, providing a large, qualified workforce, quality schools, superior infrastructure capacity, and low initial and recurring costs,” per the service. “Additionally, Redstone Arsenal offered a facility to support the headquarters, at no cost, while the permanent facility is being constructed.”

“This will be a colossal waste of money,” Todd Harrison, the director of the aerospace security project at the Center for Strategic and International Studies (CSIS), said on Twitter of the Air Force’s decision. “I hope it is one of the first things the new Pentagon leadership will reexamine once they are in place.”

The post US Air Force Picks Redstone Arsenal in Alabama for U.S. Space Command HQ appeared first on Via Satellite.