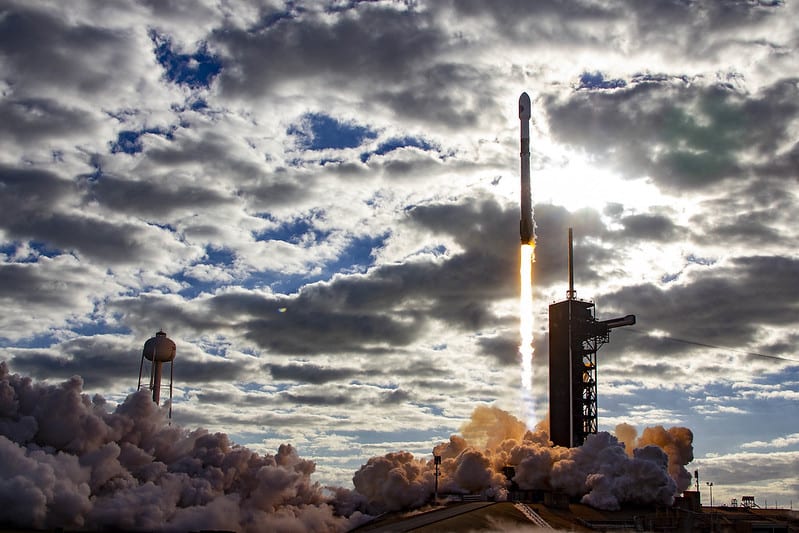 SpaceX launching a Falcon 9 rocket carrying the NROL-108 mission for the NRO, from Launch Complex 39A at Kennedy Space Center on Dec. 19, 2020. Photo: SpaceX

SpaceX successfully launched the NROL-108 mission for the U.S. National Reconnaissance Office (NRO). On Saturday, Dec. 19, a Falcon 9 rocket lifted off from Launch Complex 39A (LC-39A) at 9:00 a.m. ET from Kennedy Space Center, Florida, marking SpaceX’s 26th and final mission of 2020. This is SpaceX’s second launch with the NRO, as the first launch took place in 2017.

SpaceX scrubbed the original launch 1 minute and 53 seconds before a scheduled launch on Dec. 17, due to the pressure sensor showing a high reading on the upper stage liquid oxygen tank.

The NRO did not provide any information about the payload, as it is classified. NROL-108 was the agency’s sixth launch of 2020. The last launch was the ULA NROL-44 mission on Dec. 11, after a ULA Atlas V mission on Nov. 15. According to the NRO, its next launch will be from Vandenberg Air Force Base in California, NROL-82 mission, which has no specified launch date set.