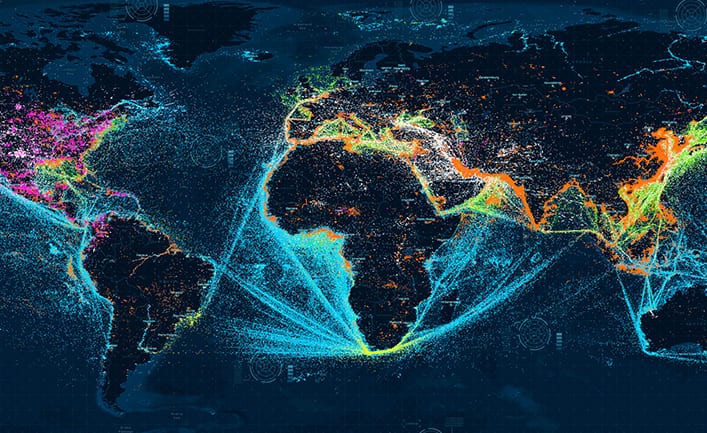 HawkEye 360 is supporting a commercial Radio Frequency (RF) Geospatial Intelligence (GEOINT) pilot program for the U.S. National Geospatial-Intelligence Agency (NGA), the company revealed Wednesday. HawkEye 360 will use its satellite constellation to deliver RF data and analytics to the agency, as well as combatant commands, so analysts can explore how this new source of commercial data can augment intelligence activities.

The RF GEOINT program pilot, which started in September, uses HawkEye 360’s commercial integration study contract with the National Reconnaissance Office to access commercial RF data. The RF collected for the program may be able to support a variety of GEOINT applications, such as tipping and cueing of other data sources to include electro-optical and radar imaging satellites. U.S. combatant commands are also using the data to improve maritime awareness and cooperation with regional allies.

“This pilot program is placing our RF signal data and analytics into the hands of end users, so they can leverage this powerful resource to fulfill mission needs,” said John Serafini, CEO, HawkEye 360. “Commercial RF GEOINT complements traditional government systems by offering analysts a readily accessible layer of RF knowledge. The large regions we cover, the range of signals we collect, and the accuracy of our results all contribute to forming a richer analysis.”

Additionally, HawkEye 360 revealed Thursday that it shipped a second batch of satellites to the launch site at Cape Canaveral, Florida. The satellites are scheduled to launch on a SpaceX Falcon 9 rocket no earlier than January 2021 as part of Spaceflight‘s SXRS-3 ride share mission. HawkEye Cluster 2 is the first of a series of next generation satellites HawkEye 360 is deploying to complete its constellation.