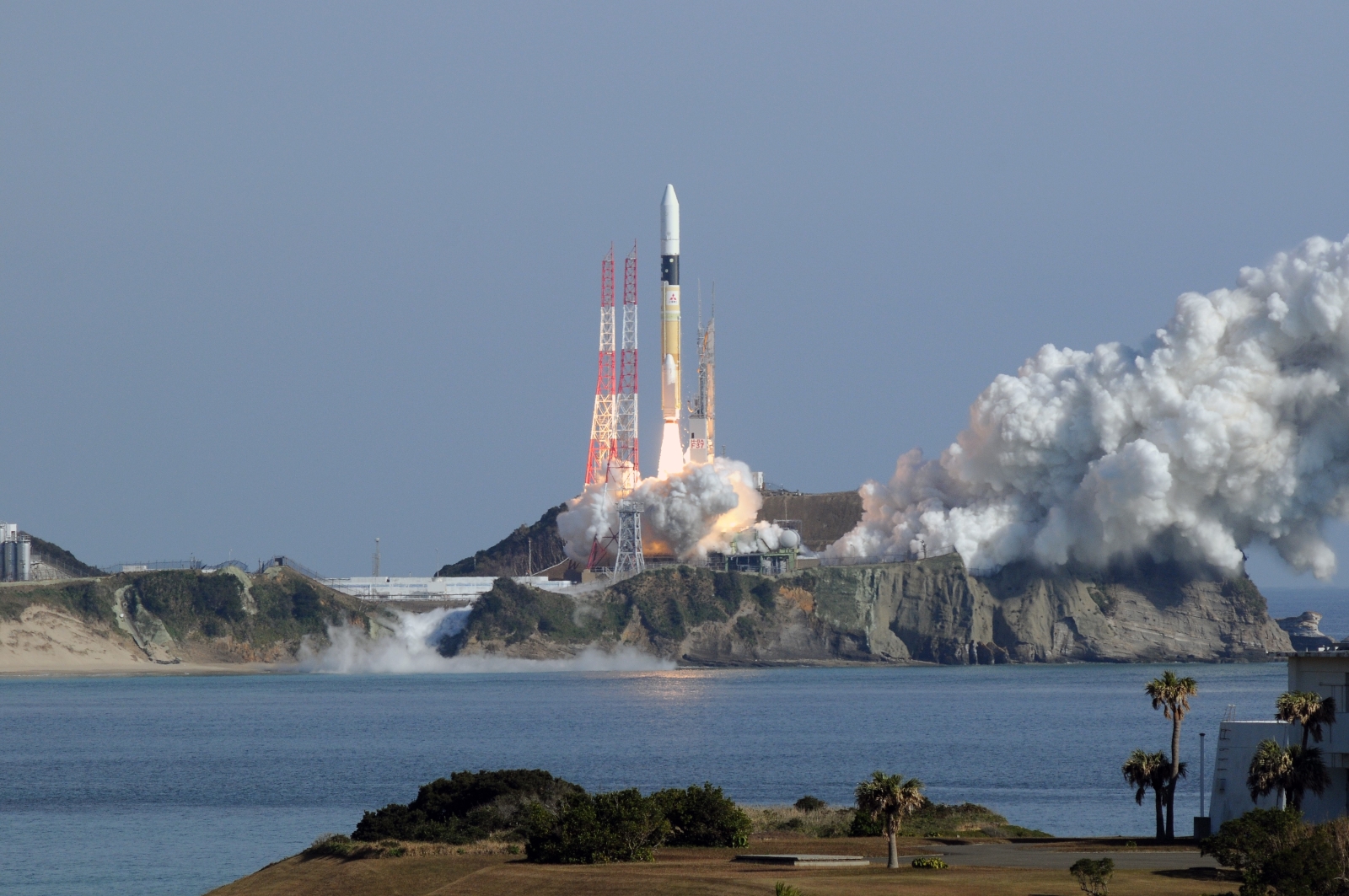 Mitsubishi Heavy Industries of Japan plans to launch an H-IIA rocket on Sunday, 29 November to deploy a top secret communications satellite to support the country’s reconnaissance and scientific programs.

The Optical Data Relay Satellite payload aboard this mission will be used to relay data collected by Japan’s fleet of Information Gathering Satellites (IGS) – including both optical and radar-imaging reconnaissance spacecraft – back to Earth for analysis. It is a joint mission with the Japan Aerospace Exploration Agency (JAXA), who will also use the spacecraft to collect data from scientific satellites in low Earth orbit.

The new satellite replaces Kodama, or the Data Relay Test Satellite (DRTS), which was launched in 2002 and remained in service for 15 years before being decommissioned in August 2017. While Kodama was designed to provide high-speed communications through conventional S-band and Ka-band communications, its replacement also adds optical communications systems to further increase its throughput.

The satellite carries JAXA’s Laser Utilising Communication System (LUCAS), which uses an infrared beam to transmit data between spacecraft at rates of up to 1.8 gigabits per second (Gbps).

The relay satellite will be positioned in geostationary orbit, high over the equator. Low-orbiting satellites, such as IGS and the civilian Advanced Land Observation Satellite (ALOS) missions, will be able to communicate with it for at least half of each orbit, when the relay is not hidden from them behind the Earth. This allows data to be returned more quickly and consistently than waiting for the spacecraft to make short passes over ground stations and removes the need to maintain many stations worldwide for this purpose.

JAXA has designed the next-generation ALOS-3 and -4 Earth science and observation satellites to leverage the bandwidth provided by LUCAS. The first of these satellites is expected to launch as early as 2021.

Few details of the relay’s military role have been disclosed, although implementing optical communications – either through LUCAS or a separate dedicated military system aboard the same satellite – would provide a similar boost to the ability to return images in a more timely manner.

As technical details of these satellites remain classified, it is not clear whether the IGS satellites already in orbit are equipped for optical communications or whether the new relay carries a legacy payload to provide conventional S- or Ka-band links.

The mission will use the H-IIA F-43, marking the 43rd flight of Japan’s workhorse H-IIA rocket and the 59th mission overall for the H-II family of vehicles. First flown in February 1994, H-II was the first all-Japanese liquid-fuelled rocket – the earlier N-I, N-II and H-I having been developed from license-built U.S. Delta rockets, increasingly incorporating Japanese components and technology.

H-II was quickly superseded by the H-IIA, which incorporated new boosters, improved engines and other upgrades aimed at reducing costs and improving reliability. H-IIA made its debut in August 2001. A third rocket, H-IIB, was derived from the H-IIA to provide a route to orbit for the heavy H-II Transfer Vehicle (HTV or Kounotori), the first-generation Japanese cargo spacecraft used to resupply the International Space Station that ended its service in August 2020.

H-IIA has successfully completed all but one of its 42 launches to date; the only failure was the result of a solid rocket booster failing to separate in 2003 that caused the loss of a pair of IGS reconnaissance satellites. Since then, the rocket has served admirably, carrying out missions for the Japanese government – including military satellites and scientific missions for JAXA – as well as securing commercial launch contracts and launching the United Arab Emirates’ al-Amal mission to Mars in July 2020.

Despite its success, the H-IIA is approaching the end of its service, with a replacement H-III expected to make its first flight in 2021. Pending the H-III’s successful entry to service, the H-IIA is slated to be retired in 2023. H-III is an evolution of the H-IIA and H-IIB designs, aimed at delivering more performance and reducing the cost of Japan’s access to space. Before its retirement, H-IIA has a busy manifest.

H-IIA launches take place from the Yoshinobu Launch Complex at the Tanegashima Space Center, located on the island of Tanegashima, off the southern coast of Kyushu. The Yoshinobu complex consists of two launch pads, sharing a common processing area including a vehicle assembly building for vertical integration of rockets.

Pad 1 was originally built for the H-II rocket and converted for use by H-IIA, while Pad 2 was added as a backup for the H-IIA but was instead used for H-IIB missions

Following integration in the VAB, H-IIA F-43 was moved to the launch pad atop its mobile launch platform in the early hours of Sunday, 29 November morning local time.

For this mission, H-IIA will fly in its 202 configuration, the most commonly-used version of H-IIA. It differs from the higher-performance 204 configuration by the use of two, instead of four, SRB-A3 solid rocket boosters attached to the first stage.

Two intermediate configurations, 2022 and 2024, were formerly used – with two SRB-A motors and two or four smaller Castor-4AXL boosters. These were retired after the H-IIA’s SRB-A boosters were upgraded to the improved SRB-A3 version, which increased performance to the point that these intermediate versions were no longer required.

The core of H-IIA is a two-stage vehicle, with both stages burning cryogenic propellants: liquid hydrogen and liquid oxygen. The first stage is powered by a single LE-7A engine, with the SRB-A3 solid motors strapped to each side in order to provide additional thrust during the early stages of flight. The second stage uses an LE-5B engine and can be restarted several times in flight.

Under Japanese terminology, liftoff occurs at the X-0 mark in the countdown – analogous to the T-0 or H-0 marks used by other nations. First stage ignition will occur a few seconds beforehand, with the solid rocket motors lighting at X-0 to propel H-IIA F-43 into the sky above Tanegashima. After clearing the launch pad, H-IIA will begin the series of maneuvers to put itself onto the proper azimuth – compass heading – for its target orbital inclination. 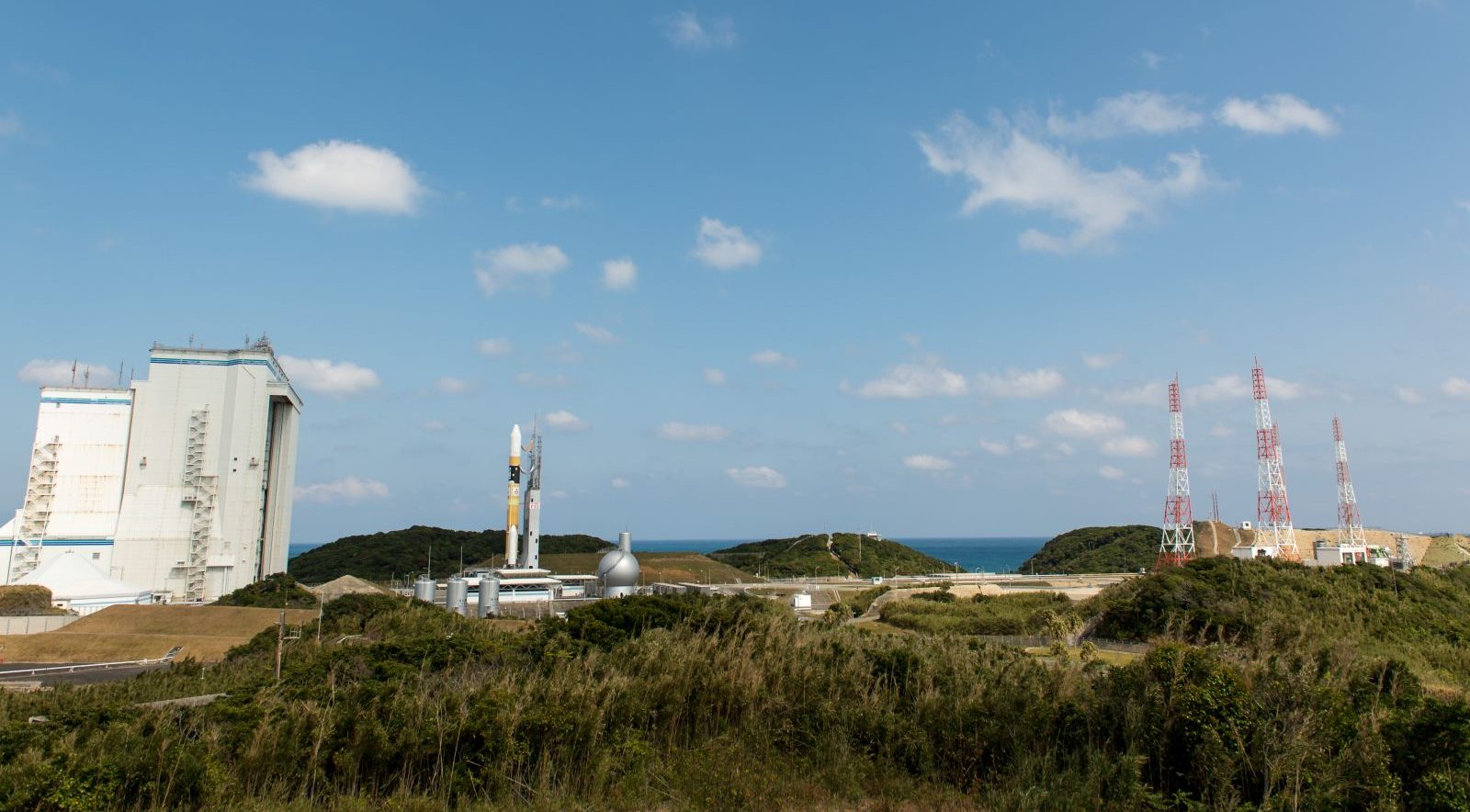 For the first 98 seconds of the flight, the LE-7A main engine and the two SRB-A3 boosters will work together, propelling H-IIA through the dense lower regions of the Earth’s atmosphere. The SRB-A3 motors will then burn out, having expended all of their propellant, with the spent casings separating about 10 seconds later. H-IIA uses hydraulic actuators to jettison the boosters, with the LE-7A continuing to burn alone after the solid motors have separated.

The next major milestone will be separation of the payload fairing from the nose of the rocket, expected shortly after the 4 minute mark in the mission. The fairing is the nosecone which encloses H-IIA’s payload during launch, protecting it while the rocket climbs through the atmosphere while also ensuring the rocket has an optimum aerodynamic profile.

Once H-IIA reaches space, the fairing is no longer required and is discarded to remove unneeded mass. The fairing splits into two halves, which separate outwards and fall away from the vehicle.

On a typical H-IIA mission, the first stage burns for around 6 minutes 30 seconds before shutting down its engine and beginning the stage separation sequence. Following first stage cutoff, the vehicle will coast for 8 seconds before the two stages part. Six seconds after separation, the second stage’s LE-5B engine will ignite to begin its first burn.

The timing of mission events following second stage ignition can vary significantly from mission to mission, and as no timeline has been published in advance of this launch, previous missions must be used as a guide for what is likely to occur. 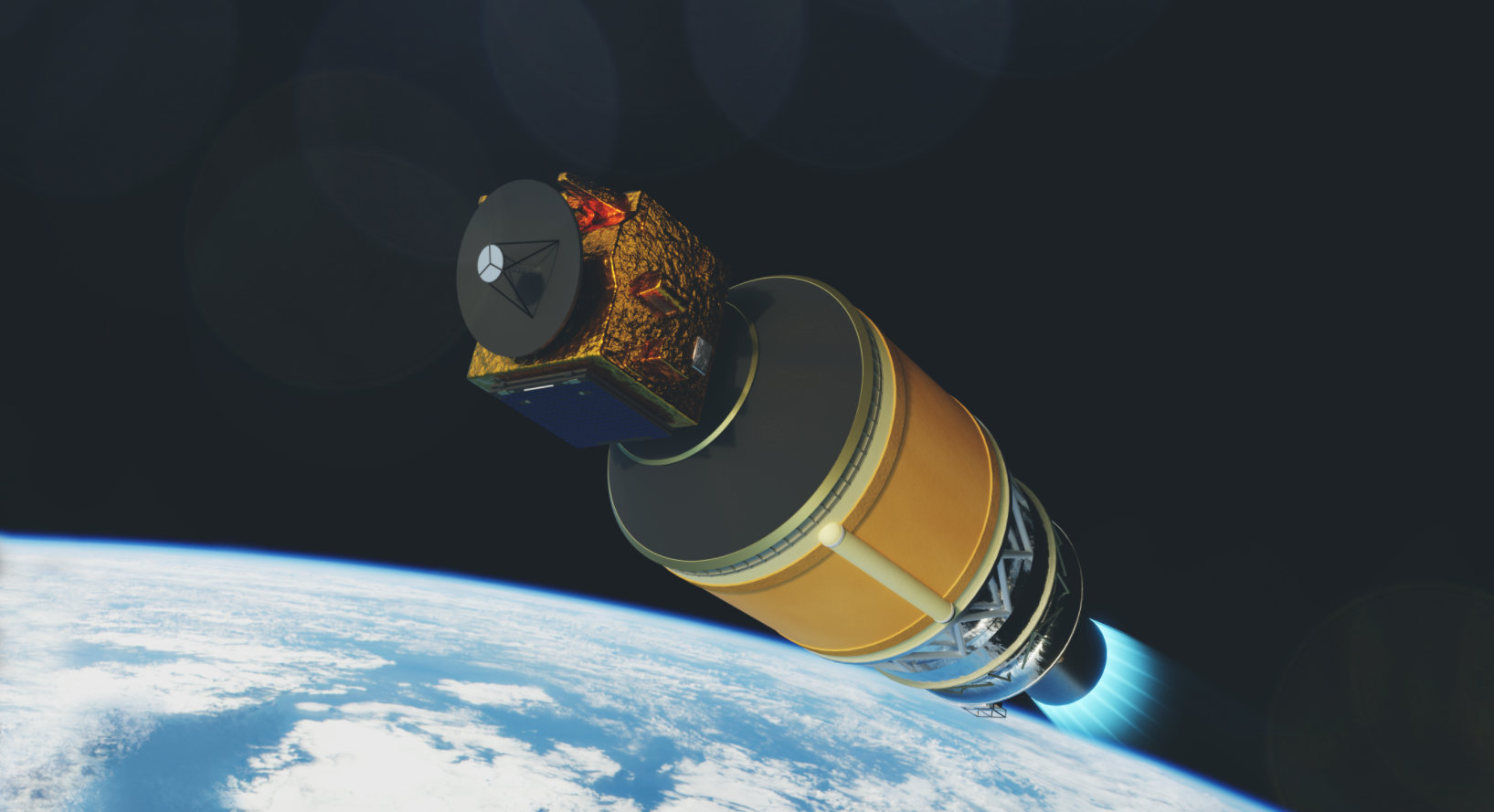 Al Amal nearing the end of launch on the second stage of the H-IIA rocket. (Credit: Mack Crawford for NSF/L2)

To reach a geostationary transfer orbit, the second stage can be expected to make two or three burns. A two-burn mission would see the second stage fire for between 5 and 6 minutes in its first burn to reach an initial parking orbit, with an 11 to 12 minute coast following before the second burn – of approximately 3 minutes – to place the satellite into their planned transfer orbit. Under this profile, spacecraft separation can be expected after the end of the second burn – less than 30 minutes after liftoff.

The alternative three-burn profile would see a shorter first burn and a longer second burn than with the two-burn profile, with the mission entering an extended coast phase after the second burn has been completed. After coasting for around 4 hours, a short third burn would be made to raise the perigee – or lowest point – of the deployment orbit, reducing the amount of fuel the satellite needs to burn in order to reach its final geostationary orbit.

This launch is Japan’s fourth – and likely last – of 2020. It follows H-IIA launches in February, with an IGS optical reconnaissance satellite and in July with the UAE’s Al-Amal mission to Mars, as well as the final flight of the H-IIB rocket which carried an HTV resupply mission to the International Space Station in May.

Japan has not yet announced what the next H-IIA mission will be; however, several flights are expected to occur next year – including a replacement satellite for the QZSS navigation system, a commercial launch for British communications company Inmarsat, and a further IGS mission.