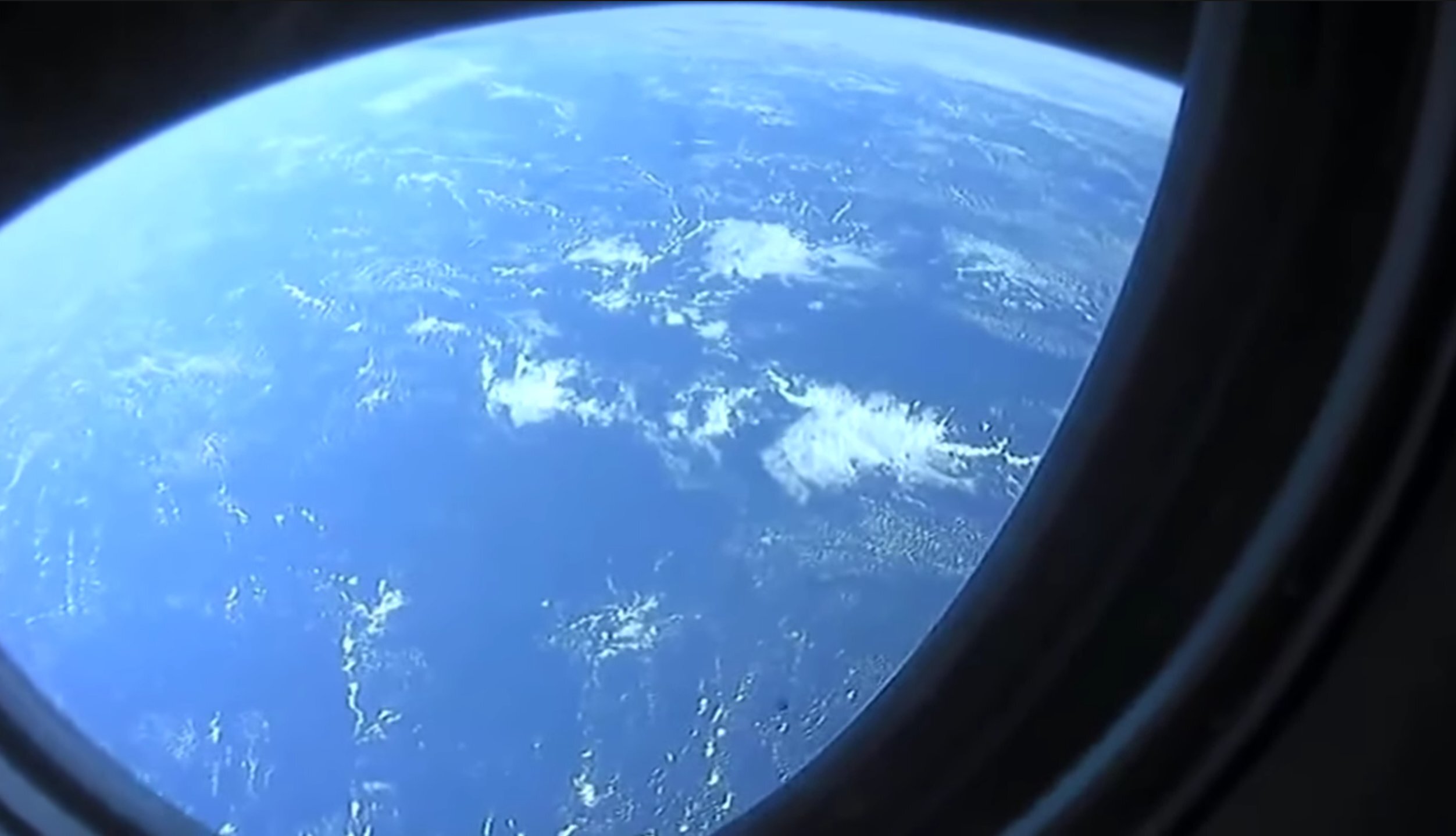 After a 27.5 hour commute, Resilience and its crew are planned to dock to the International Space Station at approximately 23:00 EST Monday (04:00 UTC on Tuesday), increasing the Station’s crew from three to seven.

The expanded crew on the orbiting laboratory will mean more time for Station maintenance and scientific research.

After a picture perfect ride uphill, Crew Dragon Resilience separated from the upper stage of her Falcon 9 launcher and deployed her nosecone.  This exposed the primary Draco thrusters surrounding Resilience’s docking port, which are used to conduct a series of maneuvers to rendezvous with the ISS.

Shortly after launch, three of the four heaters on board were disabled, due to a high resistance reading.

SpaceX engineers determined that the control limits for these heaters had been set too conservatively and adjusted the limits before rebooting the heaters.  All four heaters are now fully recovered and functioning properly.  The propellant temperatures never dropped below 24° C  (75° F), well above the safety limit of 16° C (60° F ).

The propellant heaters on Crew Dragon have been recovered – clearing the way for Resilience to continue its mission to the Space Station! #SpaceX #Crew1

Teams also addressed an issue with the Thermal Control System, which had an alert due to a lower than expected cabin temperature.  Ground teams and the crew have also resolved this issue, and all systems on the spacecraft are now operating nominally.

These types of minor issues are to be expected with new vehicles, and it is important to stress that the crew was never in danger from any of the minor issues that have been so far.

The first post-launch maneuver conducted by Resilience occurred at 20:13 EST (UTC -5) Sunday: a 573 second phase burn.  This was the only burn conducted Sunday night, and the crew on Resilience had an evening meal before getting some sleep.

While the crew rested, Resilience conducted two more maneuvers: a 97 second boost burn at 11:20 EST, and a 602 second close coelliptic burn at 12:02 EST.  The crew  woke up shortly after this maneuver.  Continuing a human spaceflight tradition, controllers woke the crew with a song: “In the Air Tonight” by Phil Collins.

As the spacecraft drifted closer to the station, Resilience conducts a 44 second transfer burn at 17:45 EST, a 34 second final coelliptic burn at 18:31 PM EST.

The mission teams will then reach the first of four Go/No Go points where readiness to proceed will be evaluated.  At 21:05 EST, the teams will be polled for readiness to initiate the approach to the ISS.

At 21:30 EST, a 90 second approach initiation burn will be conducted, with Resilience 7.5 kilometers from the Station.  At 21:55 EST, a midcourse burn is planned, as the spacecraft and the ISS experience an orbital sunrise.

While Resilience approaches, two more Go/No Go polls will be conducted: one at 22:05 EST to enter the Keep Out Sphere, and another at 22:25 EST to proceed to the 20 meter hold point.  At 22:50 PM EST, Resilience will arrive just 20 meters from the Harmony module’s forward docking port.

A final Go/No Go poll will then be conducted at 22:51 EST for docking.  At 102255 EST, as Resilience and the Station experience an orbital sunset, Crew Dragon will depart this final hold point and make contact and captures with International Docking Adaptor 2 (IDA-2) at 23:00 EST.

After pressure and leak checks at 23:30 EST and vestibule pressurization at 01:05 EST on Tuesday, the hatch will be opened at 01:10 EST.  The crew of Resilience, — NASA astronauts Michael Hopkins, Victor Glover, and Shannon Walker, plus JAXA astronaut Soichi Noguchi — will join the Soyuz MS-17 crew of NASA astronaut Kate Rubins and Roscosmos cosmonauts Sergey Ryzhikov and Sergey Kud-Sverchkov, expanding the Expedition 64 crew to seven.

Crew Dragon will remain at the Station for six months.  Soyuz MS-17 will return to Earth in April 2021, following the launch of Soyuz MS-18 with three Roscosmos cosmonauts.  Soyuz MS-18 will be the first Soyuz launch without an American on board in 20 years, with the U.S.-side crew arriving at the ISS on Crew Dragon Endeavour instead.

While Russian Soyuz crew spacecraft and Progress cargo spacecraft all dock to the Russian side of the ISS, U.S. crew and cargo side vehicles dock to the two ports on the Harmony module, excluding the Northrop Grumman Cygnus spacecraft which utilizes a berthing port instead of docking.

This presents an interesting schedule that will require coordinating the two docking ports with a busy visiting vehicle schedule.  The first flight of SpaceX’s Cargo Dragon 2 spacecraft on the CRS-21 mission is slated to launch no earlier than December 2, and that spacecraft will need to dock to IDA-3, the other docking port on the Harmony module.  This is driven by the need for the Station’s robotic arm to be able to reach the trunk of the CRS-21 Dragon to extract unpressurized cargo, which cannot be done while docked to IDA-2. 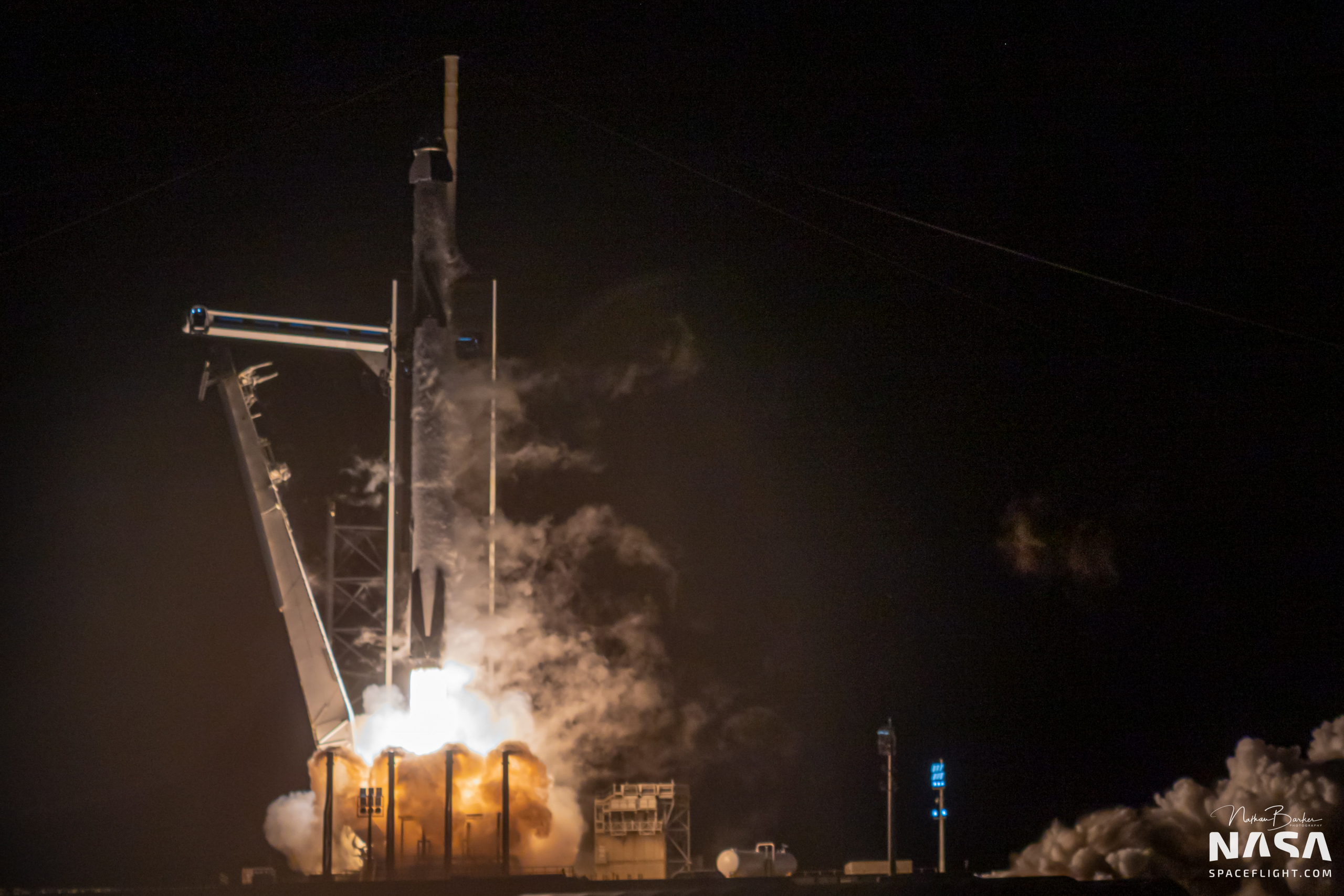 The CRS-21 Dragon spacecraft will stay at the station for about a month.  Once it departs in early January 2021, the schedule of Boeing’s uncrewed OFT-2 Starliner mission will determine where Crew Dragons Resilience and Endeavour (flying the Crew-2 mission) will need to maneuver, as OFT-2 Starliner will dock at the IDA-2 port.

Presuming OFT-2 is ready to fly prior to Resilience’s departure in April 2021, the Crew-1 astronauts will board Resilience and reposition the spacecraft to the IDA-3 port, after CRS-21 Dragon’s departure.  All Crew-1 members will need to be on board in the unlikely event that an issue prevents Resilience from re-docking to the Station and needs to return to Earth.

In this scenario, assuming no issues during the repositioning, Crew Dragon Endeavour would dock to IDA-2 prior to Resilience’s return to Earth, marking the first Crew Dragon spacecraft to make a second visit to the ISS.  SpaceX will operate a fleet of Crew and Cargo Dragon spacecraft, all flying multiple missions to the ISS for both NASA’s Commercial Crew program and private customers.

SpaceX President Gwynne Shotwell says Crew-1 should be the beginning of a continuous presence of Dragon spacecraft on orbit.