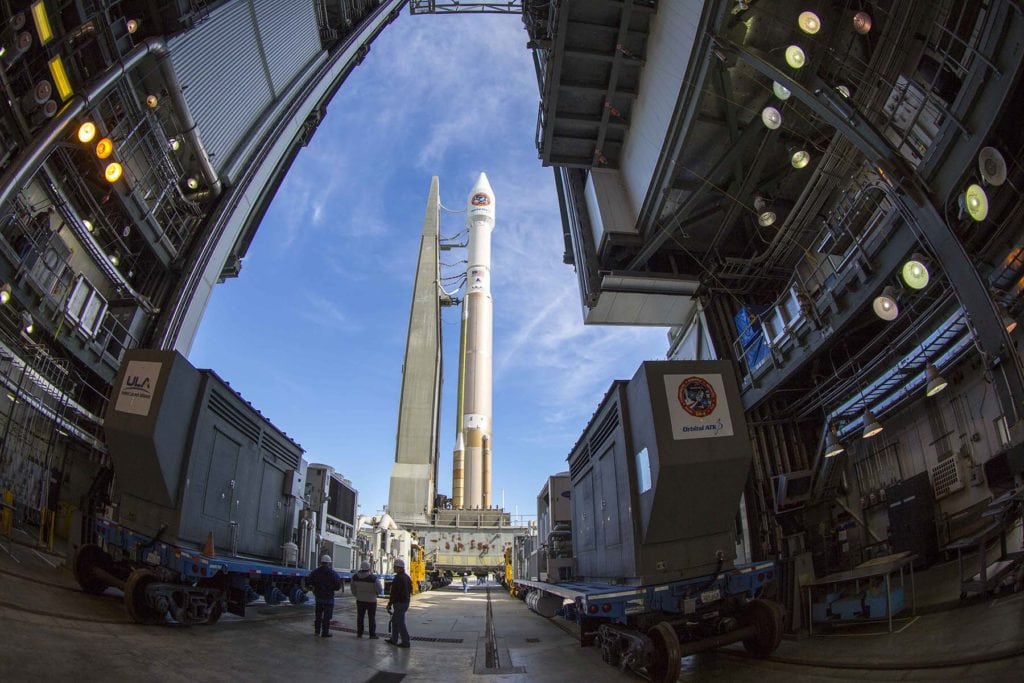 SpaceX and United Launch Alliance (ULA) will launch up to five C-band satellites for global operator SES, which will use the spacecraft for its accelerated C-band clearing plan with the FCC, according to the terms of new launch contracts announced August 5.

In order to meet the FCC’s deadline to clear spectrum for 5G service rollout in the United States, SES will launch two Northrop Grumman-built C-band satellites on a SpaceX Falcon 9 rocket and two Boeing-built C-band satellites on a ULA Atlas V rocket, both from Cape Canaveral, Florida in 2022. The satellites will enable SES to clear 280MHz of mid-band spectrum for 5G use. SES said it would then migrate existing C-band digital television customers to new satellites.

The launch agreement with SpaceX also covers a second launch carrying a potential third SES C-band satellite, but details regarding schedule were not disclosed. These would be the 7th, 8th, and potentially 9th SES satellites launched by SpaceX since 2013.

“We have a deep and trusted relationship with SpaceX having been the first to launch a commercial satellite with them and subsequently the first commercial company to adopt the flight-proven booster and we could not be more confident in their ability to deliver on this time-critical mission … “We are also thrilled to be working with ULA again and partnering to meet the FCC’s ambitious timeline for the accelerated clearing of C-band spectrum,” said SES CEO Steve Collar.