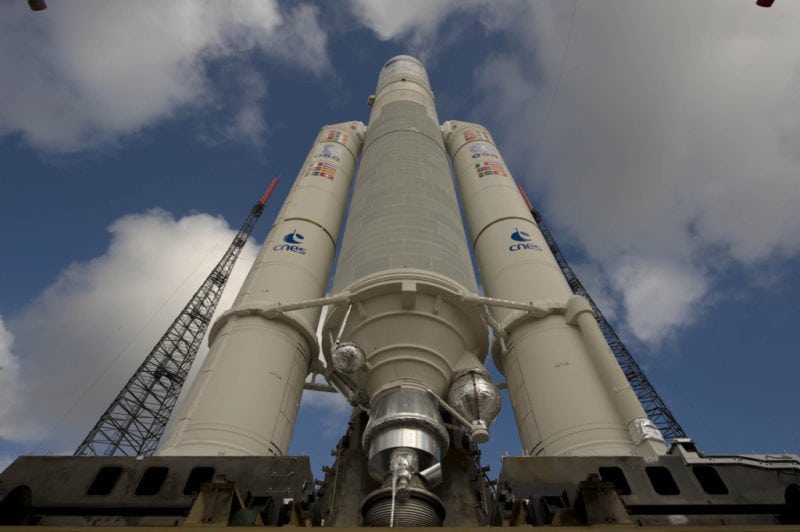 Arianespace has confirmed that it will launch its next three satellites on an expanded Ariane 5 rocket from the Guiana Space Center in Kourou at approximately 5:29 p.m. Tuesday, July 28.

Once launched, BSAT-4b will join its counterpart, BSAT-4a in broadcasting Ultra-HD, 4K, and 8K to homes across across Japan. Arianespace launched BSAT-4a in 2017. Intelsat’s Galaxy 30 will provide UHD video distribution/broadcast and broadband satellite services to North America. MEV-2 will dock with satellites in orbit to provide life extension services, starting with Intelsat’s 10-02 satellite. Originally launched in 2004, Intelsat 10-02 will gain an additional five years of service if the MEV-2 functions as planned.