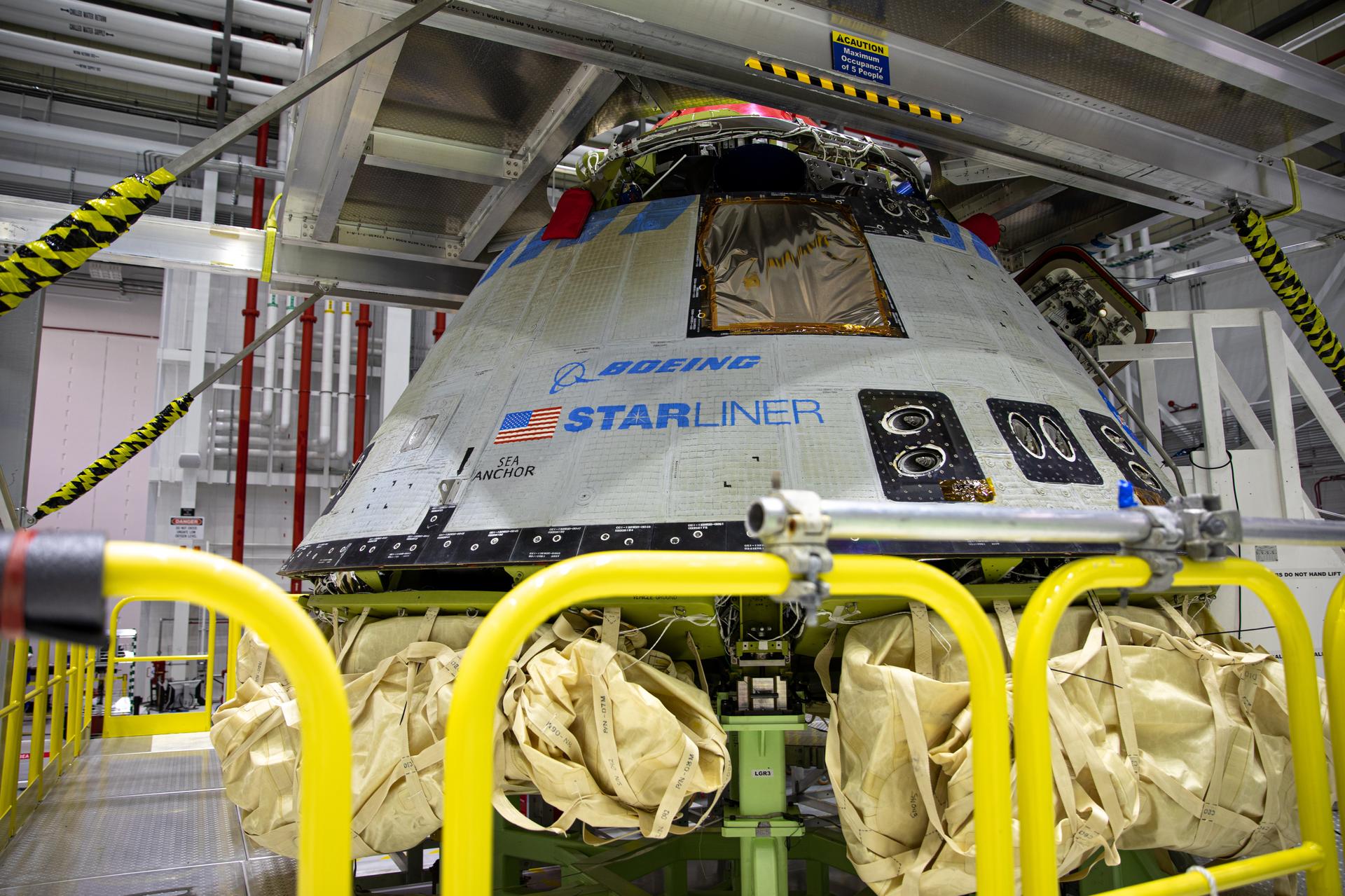 A joint NASA and Boeing team has completed their “high visibility close call” review into anomalies experienced during the Orbital Flight Test (OFT) mission. Boeing is now in the process of implementing fixes and upgrades for the Starliner spacecraft in preparation for a second OFT, a crewed flight test (CFT), and operational crew transport missions.

The first orbital spaceflight of Boeing’s Starliner spacecraft launched on December 20, 2019. The OFT mission, an uncrewed test flight, lifted off from SLC-41 at the Cape Canaveral Air Force Station in Florida. After a picture-perfect launch, Starliner Calypso was deployed into its initial suborbital trajectory by its United Launch Alliance Atlas V N22 launcher. This trajectory ensured a safe disposal of the Centaur upper stage, as well as an abort opportunity for Starliner, if needed.

Starliner was to conduct an orbital insertion burn to enter low Earth orbit 31 minutes into the flight. Instead, an anomaly in the spacecraft’s Mission Elapsed Timer (MET) prevented the burn from happening as scheduled. After delays due to a separate intermittent communications issue, flight controllers were able to command the spacecraft to maneuver into a stable orbit. Calypso’s fuel reserves were not sufficient to maneuver to the International Space Station. So, after completing as many test objectives as possible, Calypso safely returned to Earth, landing at the White Sands Missile Range in New Mexico on December 22. 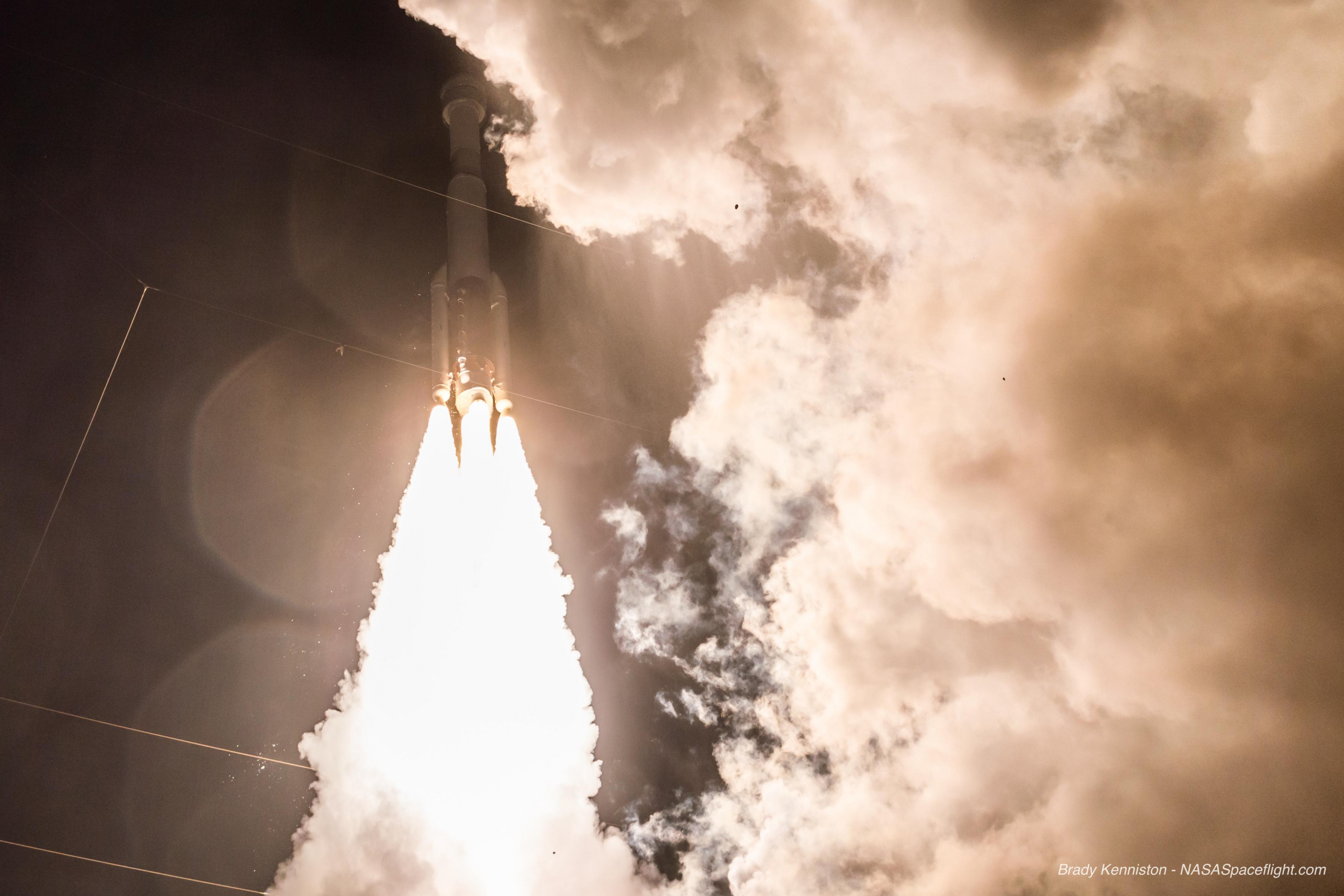 First, the MET polled the time from its Atlas V launch vehicle incorrectly approximately 11 hours before launch. Second, a software issue was discovered that would have resulted in the service module colliding with the capsule after separation, had ground controllers not intervened. Finally, Calypso experienced an intermittent communications link issue that impeded flight controllers from commanding the vehicle.

On July 7, NASA released the final findings of its now-completed investigation. The team has provided a total of 80 recommendations, up from 61 from an initial update in March. 21 of these recommendations pertain to improving testing and ground simulations, including the notable addition of an end-to-end test prior to every Starliner flight, which was not conducted prior to OFT.

Ten recommendations involve assessing software requirements to ensure the spacecraft is sufficiently tested to meet them. 35 recommendations call for process and operational improvements, including an increased number of participants in reviews.

Seven recommendations call for updates to the spacecraft’s software in order to correct the MET, service module disposal, and communications link anomalies. The final seven recommendations were modifications to hardware and knowledge capture. This included changes to Boeing’s safety reporting structure, and the addition of a new radio frequency filter to narrow the range of communications frequencies Starliner receives and prevent interference. The frequency filter has already been successfully tested, as well as many of the investigation’s other recommendations.

NASA Commercial Crew Program manager Steve Stich identified insufficient NASA oversight as what allowed multiple software problems to go unnoticed before launch. This was perhaps, in part, due to increased oversight over SpaceX’s software development for Crew Dragon. Stich said more resources may have been dedicated to oversight at SpaceX due to their less traditional method of software development, compared to the method used by Boeing, with which NASA was more comfortable.

The findings of this investigation have been shared across all of NASA’s human spaceflight programs. This includes SpaceX’s Crew Dragon spacecraft, the Orion spacecraft for the Artemis program, and the Human Landing System development program. NASA is also still planning to conduct an organizational safety assessment at Boeing, similar to the review conducted at SpaceX. This assessment has recently been put on hold due to the COVID-19 pandemic and the large number of in-person interviews required.

Now that the investigation is complete, Boeing teams are focused on implementing the recommendations and progressing towards a re-flight of the uncrewed test flight, designated OFT-2, and then the crewed flight test (CFT). While these fixes are being implemented, Boeing has recently conducted more Starliner testing, including a successful parachute test on June 21. 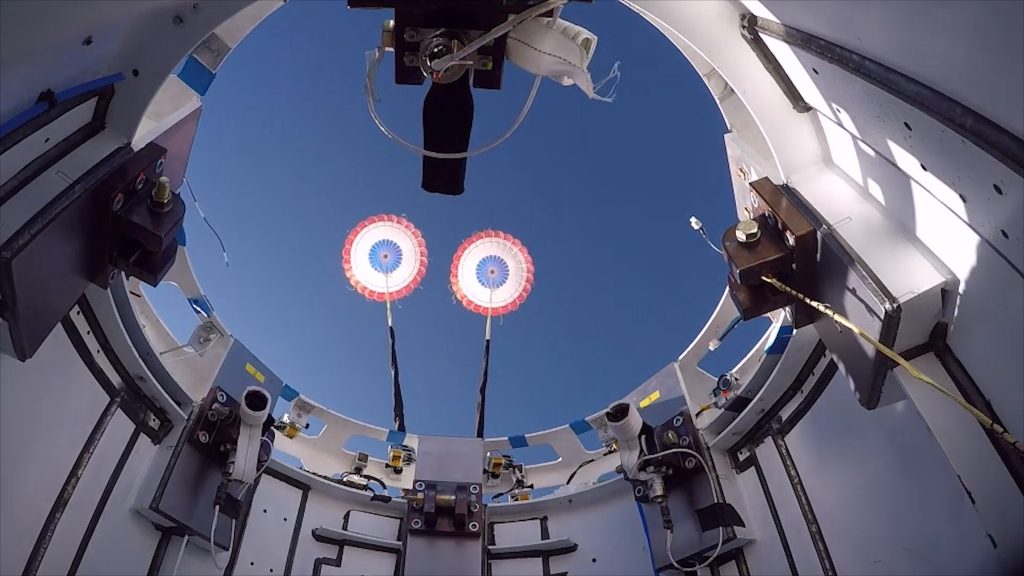 A high altitude balloon carrier a boilerplate Starliner above White Sands in order to test the vehicle’s drogue and main parachutes. The two drogues were deployed in unusual flight conditions to verify they would perform acceptably in a potential abort scenario, a test that was passed successfully. On the same drop, Boeing simulated a failure by only deploying two of the three main parachutes. The two deployed parachutes performed as expected, and the vehicle landed safely.

The second uncrewed orbital flight test, OFT-2, is expected to fly later this year, although NASA was unable to provide a firm schedule with the completed OFT investigation. On the critical path for this timeline is completing the many software fixes and upgrades to Starliner.

Once OFT-2 is complete, Starliner will be prepared to fly crew for the first time, joining SpaceX’s Crew Dragon as an operational orbital crew vehicle launched from the United States. No firm turnaround schedule between OFT-2 and CFT has been set, but CFT is not expected to launch until 2021 at the earliest. Stich pointed out the identical software onboard the OFT-2 and CFT spacecraft as a point of confidence in a timely turnaround. CFT will also be the first Starliner mission to reuse a capsule, flying Calypso from the original OFT. The OFT-2 mission will utilize a not yet flown Starliner spacecraft that will be reused on future crewed missions.

These vehicles will need to be coordinated around a busy visiting vehicle schedule at the ISS, which includes SpaceX’s first operational crew rotation mission, Crew-1, and the debut of Cargo Dragon 2 on the CRS-21 mission, both launching this fall. Starliner, Crew Dragon, and Cargo Dragon 2 all utilize the same two docking ports at the ISS, separate from the berthing ports used by Northrop Grumman’s Cygnus vehicle, Japan’s HTV spacecraft, and the now-retired Cargo Dragon 1.

As Starliner fixes and upgrades are completed in the coming months, NASA is expected to set the near term flight schedule for the fleet of American crew and cargo spacecraft to the International Space Station.