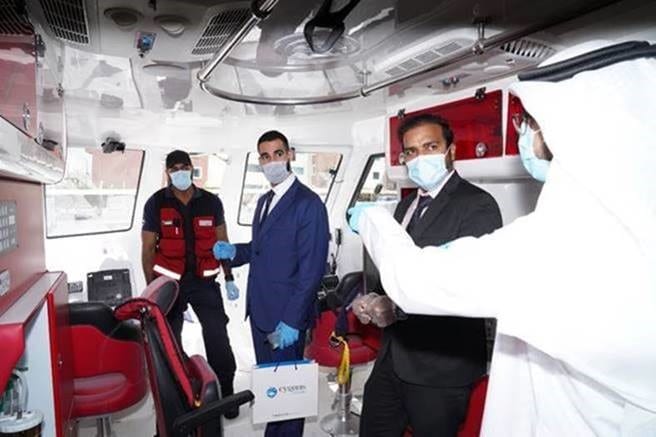 The phones allow paramedics to remain connected while on duty in the remote areas of Dubai such as Hatta, or on marine ambulances at sea. A Dubai Corporation for Ambulance Service official said the partnership allows the company to “raise the standards of COVID-19 preparedness and response.”

Thuraya COO Shawkat Ahmed said that as a homegrown provider of mobile satellite solutions, the company is working to  fulfill the United Arab Emirates requirements for enhanced connectivity. “These devices provide frontline responders seamless connectivity, security and maximum flexibility over our satellite network, helping them to be always available through their proprietary app and other platforms and thereby augment overall medical responsiveness.”