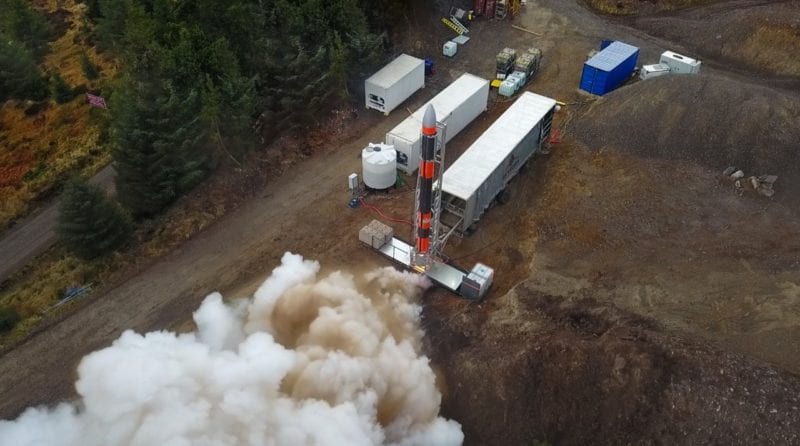 Dr. Jack-James Marlow, who led the Skylark-L’s static fire testing, said it would be hard to oversell the magnitude of this achievement.

“The whole team has pulled through again to deliver another U.K. first,” Marlow said. “We have successfully static tested a fully integrated, sub-orbital Skylark L launch vehicle in flight configuration. This means we performed all actions of a launch but did not release the vehicle. The rocket engine successfully burned, with all vehicle systems showing nominal operation. The test did not only validate the vehicle, it also tested our mobile launch complex’s ground equipment and performed many cold flow and fuel/defuel tests.”

Skyrora plans to launch the sub-orbital Skylark L rocket from a British spaceport as early as spring 2021, and hold the inaugural launch of the Low-Earth Orbit (LEO) Skyrora XL rocket by 2023. Earlier this year in February, the company tested its ecofuel Ecosense.