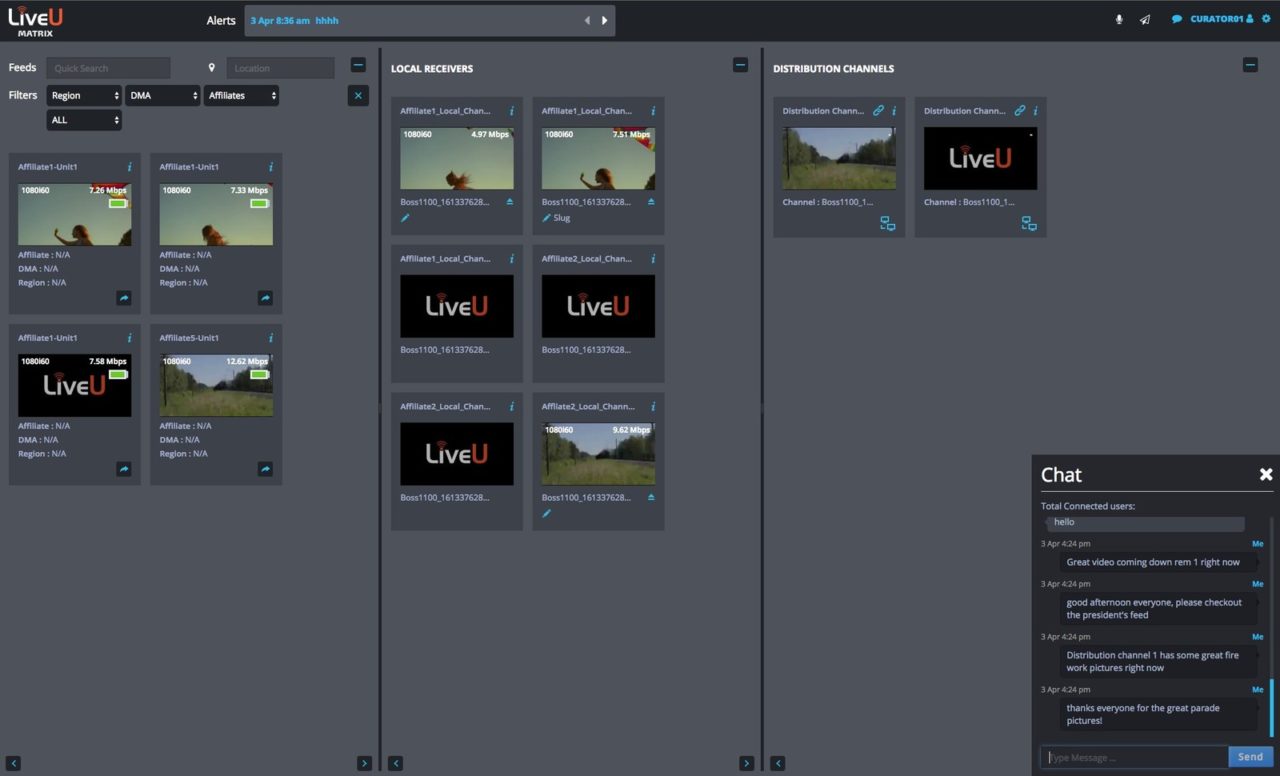 LiveU has introduced a new platform, LiveU Matrix, that enables broadcasters to more quickly view, manage and distribute their live content. According to LiveU, users can search, filter, preview and distribute live feeds to one station, multiple stations or thousands of end points within their affiliate network. The interface can also be customized based on the user’s role.

LiveU Matrix features include previews of all available feeds, as well as customizable metadata to search and filter feeds. It allows broadcasters to immediately distribute live video without interrupting the current transmission and also facilitates real-time collaboration between the news desk, engineers and producers using a built-in chatroom.