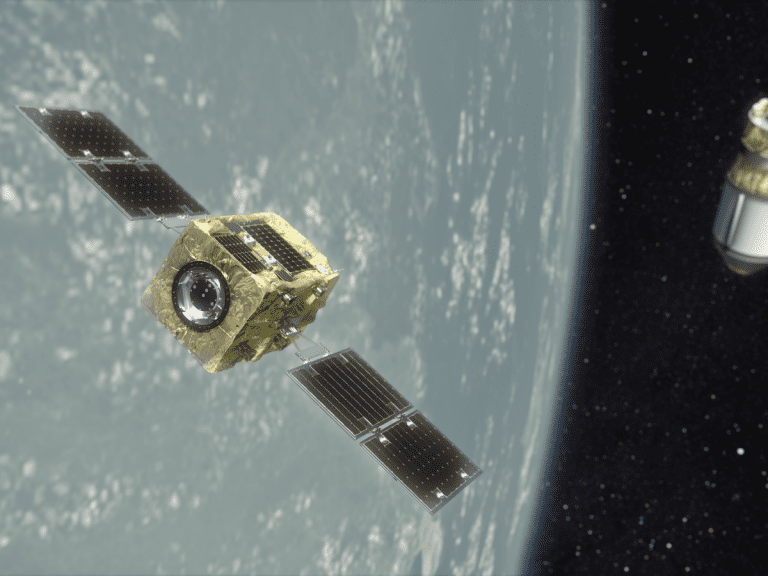 Phase 1 of the JAXA debris removal project will focus on observation. Photo: Astroscale

Astroscale Holdings has been selected as the commercial partner for Phase I of the Japan Aerospace Exploration Agency’s (JAXA) first debris removal project, calling it a “groundbreaking” step by Japan to commercialize space debris removal.

JAXA’s Commercial Removal of Debris Demonstration project (CRD2) consists of two mission phases to remove an upper stage Japanese rocket body. This first phase is set to be demonstrated by the end of the Japan Fiscal Year 2022, and will focus on data acquisition. Astroscale will be responsible for the manufacturing, launch and operations of the satellite that will characterize the rocket body. The satellite will deliver movement observational data to better understand the debris environment.

“The data obtained in Phase I of CRD2 is expected to reinforce the dangers of existing debris and the necessity to remove them. Debris removal is still a new market and our mission has always been to establish routine debris removal services in space in order to secure orbital sustainability for the benefit of future generations. The international community is growing more aware of the risks of space debris and we are committed more than ever to turning this potential market into a reality,” Astroscale Founder and CEO Nobu Okada said.