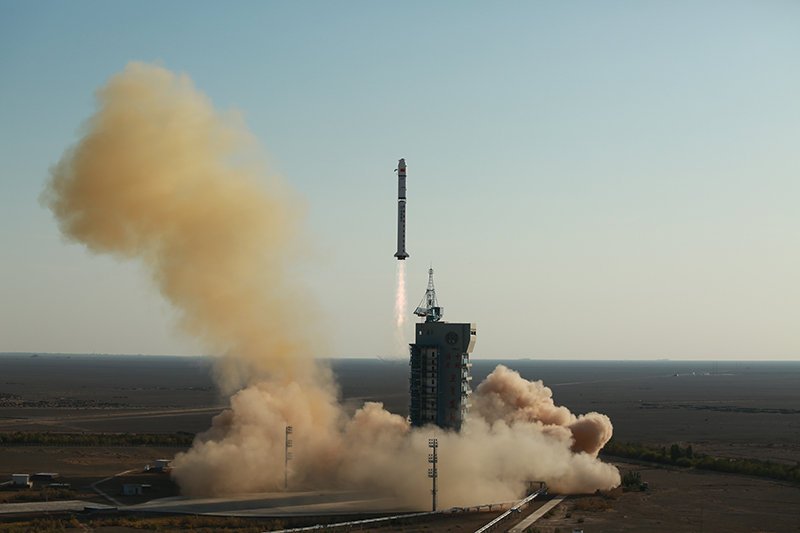 China launched another satellite for its Jilin-1 remote sensing constellation orbiting the Kuanfu-1 (Wideband-1) satellite from the Taiyuan Satellite Launch Center on January 15. The launch took place at around 02:53 UTC from the LC9 launch complex using the Long March-2D (Y58) rocket.

Together with Jilin-1 Kuanfu-1, the first mission from Taiyuan in 2020 orbited two new satellites for the Argentinian Aleph-1 constellation and the Chinese micro-satellite Renmin-1, although post launch information shows that was apparently replaced by Tianqi-4.

The Jilin-1 satellite constellation was developed on China’s Jilin Province and is the country’s first self-developed remote sensing satellite for commercial use. Data will be provided to commercial clients to help them forecast and mitigate geological disasters, as well as shorten the time scale for the exploration of natural resources.

The satellites were developed by the Chang Guang Satellite Technology Co., Ltd under the Changchun Institute of Optics, Fine Mechanics and Physics, Chinese Academy of Sciences.

The new satellite, Jilin-1 Gaofen-2B, is the 15th satellite of the constellation and is similar to the Jilin-1 Gaofen-2A orbited on November 13 by the Kuaizhou-1A (Y11) launched from the Jiuquan Satellite Launch Center. The new satellite will be operational at an altitude of 535 km orbit and it can obtain a static push-scan image with a full-color resolution better than 0.76 meters and a multi-spectral resolution better than 3.1meters. Images width is greater than 40 km. The images are transmitted to the ground stations via a digital transmission with a rate of 1.8Gbps. The launch weight is 230 kg.

Jilin, one of the country’s oldest industrial bases, is developing its satellite industry as a new economic driver. The province plans to launch 60 satellites by 2020 and 137 by 2030. 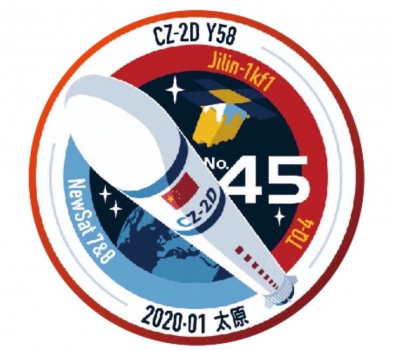 The fifth satellite, Jilin-1 Video-03, was launched on January 9, 2017. This was a remote sensing satellite for high definition video able to acquire visible light video data for high-resolution Earth observation. The satellite was launched by the Kuaizhou-1A (Y1) launcher from Jiuquan.

On November 21, 2017, three more satellites for the Jilin-1 constellations were launched. The Jilin-1 Video-4, 5 and 6 were launched by the Long March-6 (Y2) launch vehicle from the LC16 Launch Complex of the Taiyuan Satellite Launch Center. The three satellites featured a dual-imager with a 1-meter ground resolution for gaze video imaging, push-broom imaging, shimmer imaging and inertial space imaging.

Jilin-1 Gaofen-3A was launched on June 5, 2019, onboard the Long March-11H from the Yellow Sea. The satellite was equipped with a lightweight imaging system with a resolution of 1 meter, an image swath of 17 km.

From 2030 the Jilin constellation will have 138 satellites in orbit, forming an all-day, all-weather, full-spectrum acquisition segment data and a capability of observing any global arbitrary point with a 10 minutes revisit capability, providing the world’s highest spatial resolution and time resolution space information products.

The Argentinian ÑuSat-7 ‘Sophie’ (Aleph-1 7) and ÑuSat-8 ‘Marie’ (Aleph-1 8) satellites are part of the Aleph-1 constellation that is being developed and operated by Satellogic S.A..

The Aleph-1 constellation will consist of up to 25 satellites.

The two satellites are almost identical to each other and have a mass of 37 kg, with dimensions 450mm x 450mm x 800mm. The primary objective of the mission is to commercially provide earth observation images to the general public in the visible and infrared parts of the spectrum.

The Aleph-1 constellation offers exclusive access to the insights the companies need with no capital outlay and no technical risk, offering uninterrupted coverage, rapid capability recovery and transparent hardware and software satellite updates.

The satellites allow for the management of forest lands, assets, and capital allocation, permitting the control over forest land use and track the evolution of any area frequently; preventing theft and illegal harvesting while receiving geo-alerts about impacted areas and their sizes anytime the changes are detected; will help define carbon stocks and fluxes for government reporting through empirical models that deliver a time series of carbon fluxes on a national scale; and help assess forest-stand variables while optimizing a company business operations and dynamically estimate forest-stand variables such as volume, yield, height, basal area, and DBH using predictive models.

In terms of agricultural management, the Aleph-1 constellation will help to manage agricultural land and assets, tracking land use, resources, and capital over time, while managing the supply chain efficiently and unlock market intelligence for the company’s business; it will prevent theft and illegal harvesting through geo-alerts about impacted areas and their sizes anytime changes are detected; will monitor crop health, pests, and weeds using Satellogic’s semantic segmentation technologies, to help clients to be able to see what they care about through augmentation lenses that can highlight everything from crop type and age, to the presence of pests; rationalize irrigation and use of chemicals and assess agricultural land characteristics with a tool specifically adapted to a company’s locations, experience, and expansion needs.

In the Energy Industries, the satellites will help to reduce operational costs and improve efficiency with automate pipeline integrity management, preventing illicit activities, comply with environmental regulations and to monitor infrastructure and assets.

In the fields of Finance and Insurance, the satellites will help to assess the impact and to monitor natural disasters and to access leading socioeconomic indicators for competitive intelligence.

We are excited to announce the launch of two new satellites called Sophie & Marie next January 15 at 10:53am Beijing Time. Take a look at our beautiful mission patch!

ÑuSat-7 is designated ‘Sophie’ in honor of Marie-Sophie Germain, (born April 1, 1776, Paris, France—died June 27, 1831, Paris), a French mathematician who contributed notably to the study of acoustics, elasticity, and the theory of numbers. ÑuSat-8 is designated ‘Marie’ in honor of Maria Salomea Skłodowska, (born November 7, 1867, Warsaw, Congress Kingdom of Poland, Russian Empire—died July 4, 1934, near Sallanches, France), a Polish-born French physicist, famous for her work on radioactivity and twice a winner of the Nobel Prize.

The Renmin-1 satellite was supposed to be launching on this mission. However, some confusion was observed post-launch when this satellite wasn’t listed as separated. Instead a satellite called Tianqi-4 was cited as launching.

The Long March-2D launch vehicle is a two-stage rocket developed by the Shanghai Academy of Spaceflight Technology. With storable propellants, it is mainly used to launch a variety of low earth orbit satellites.

The development of LM-2D was started in February 1990. From 2002, to meet the demand of SSO satellites, the payload fairing of 3350mm in diameter and attitude control engine for the second stage have been successfully developed; and the discharge of remaining propellant and de-orbit of the second stage have been realized. This launcher is mainly used for launching LEO and SSO satellites. It is characterized by high reliability, wide application and mature technology. 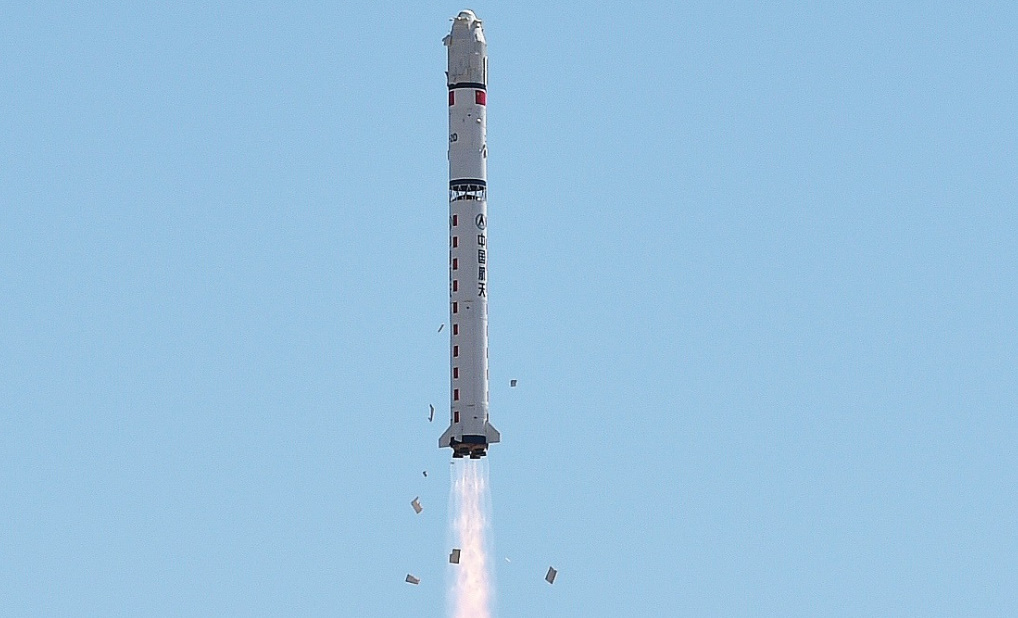 The launch took place from the Taiyuan Satellite Launch Center (TSLC). Situated in the Kelan County in the northwest part of the Shanxi Province, TSLC is also known by the Wuzhai designation. It is used mainly for polar launches (meteorological, Earth resources and scientific satellites). 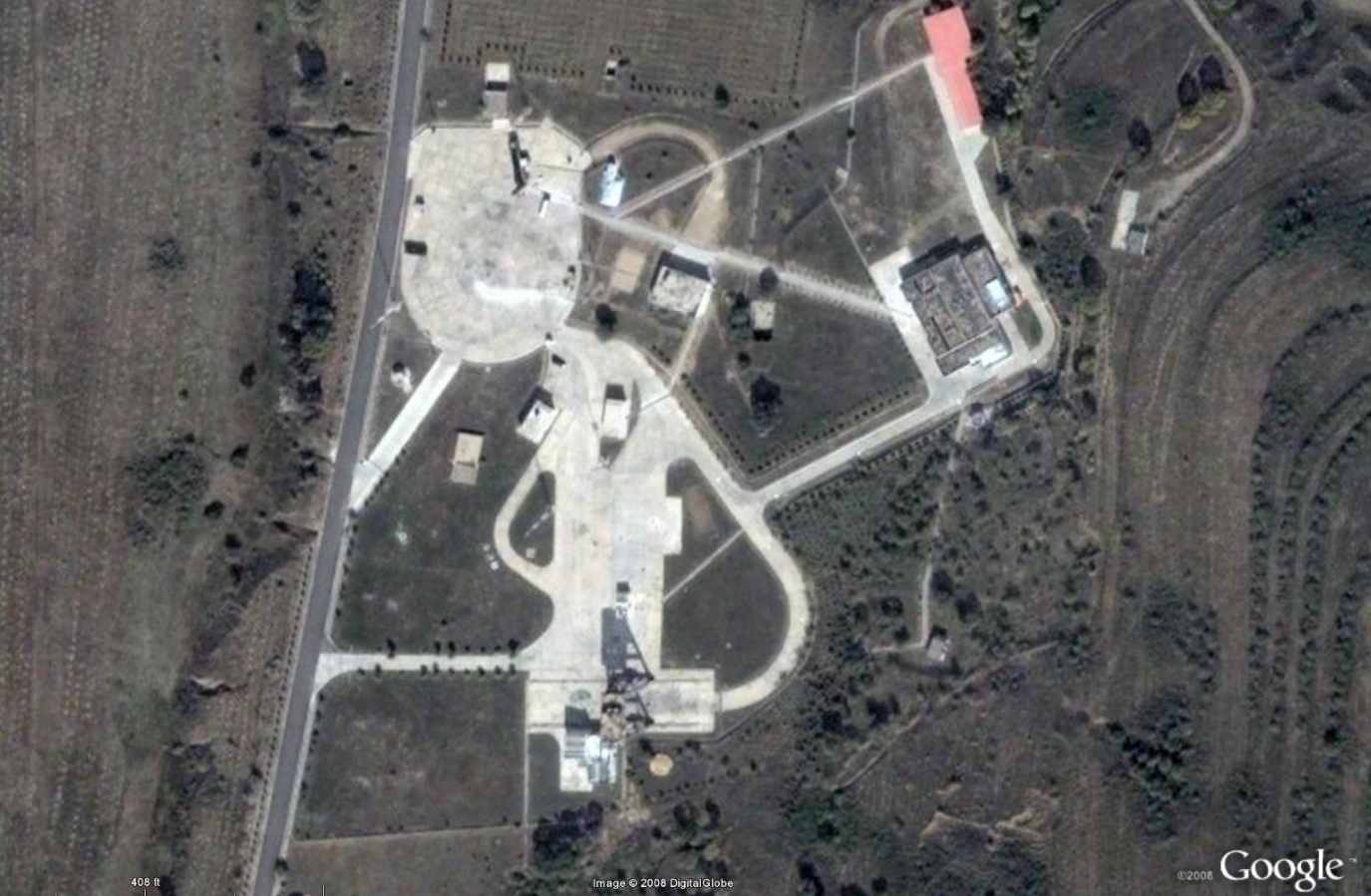 The launch vehicles were assembled on the launch pad by using a crane at the top of the umbilical tower to hoist each stage of the vehicle in place. Satellites were airlifted to the Taiyuan Wusu Airport about 300km away and then transported to the center by road.