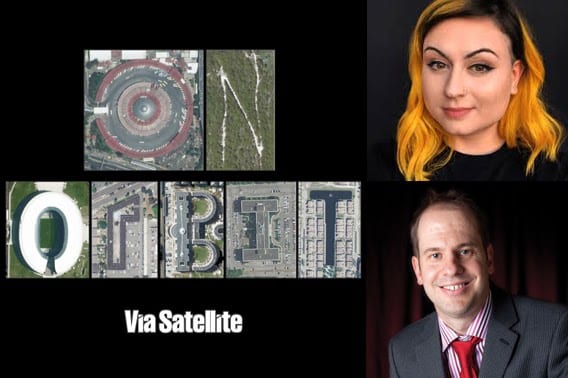 As a holiday gift, we’re bringing our last On Orbit episode of the year a day early! Via Satellite Editor-in-Chief Mark Holmes and Managing Editor Annamarie Nyirady join us to discuss the biggest space and satellite news stories of 2019. It definitely wasn’t a boring year! Constellations, C-band drama, 5G, 3D printing, and mergers and acquisitions are just a few of the items that made the final list of 12.

Via Satellite will publish the entire list, along with write-ups about each news story, in the following edition of the Daily News Feed, which will be the last edition before the new year.

As soon as we get back from the holiday break, we’ll be posting the first episode of our special six-episode series on how satellites can help bridge the digital divide – “Connecting the Unconnected.” Co-produced with our series sponsor, Hughes Network Systems, Connecting the Unconnected will bring Hughes engineers and executives together with partners in Brazil and Colombia to talk about the important role that broadband connectivity plays in remote healthcare, education, disaster response, public safety, small business development, and quality of life. The first episode, “Defining the Divide,” will post on Tuesday, January 7. Each of the following five episodes will post every other week between our regular episodes.

The Via Satellite team and I would like to thank all of you for listening to and supporting the On Orbit podcast! We’re very happy that we were able to produce 19 quality episodes for you during our first year. If you have some time during the holidays, check out our archives to listen to past episodes and subscribe to the podcast on your favorite podcast platforms.

Have a pleasant and relaxing holiday and a Happy New Year! We’ll see you in 2020!

The post The Top 12 Space and Satellite News Stories of 2019 appeared first on Via Satellite.