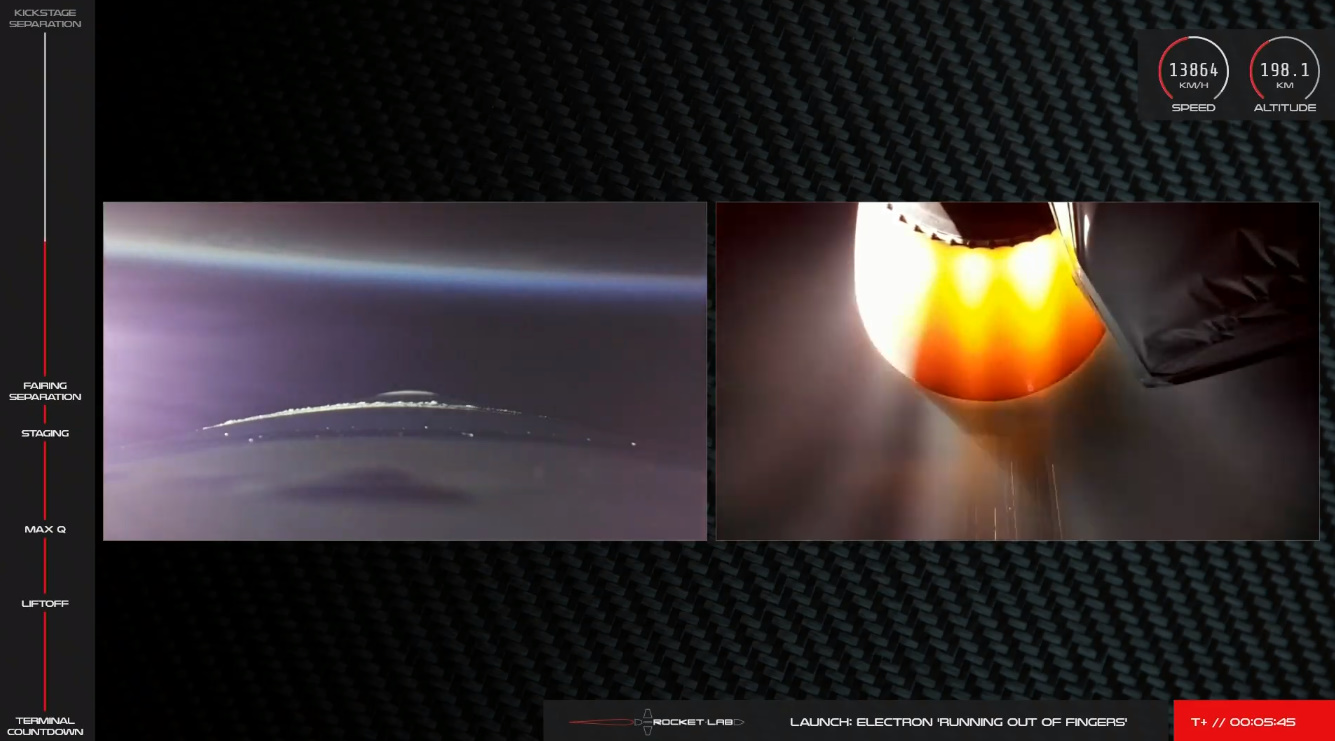 Rocket Lab’s Electron small satellite launch vehicle conducted its 10th Electron will lift off from Launch Complex 1 in Mahia, New Zealand on Friday, not long after the 10th anniversary of an extremely important event in Rocket Lab’s history. The flight, given the name “Running out of fingers”, involved a rideshare mission, lofting seven small satellites into orbit. It also moved the company closer to its recovery aspirations.

This first two are Unicorn 2B and Unicorn 2C developed by Alba Orbital alongside the European Space Agency (ESA). The pair are intended to test Alba Orbital’s Unicorn-2 small satellite bus, which they hope to market later down the line for a variety of applications.

The Spanish developed FossaSat-1, which is intended to test a new type of Long Range (LoRa) Radio Frequency chirp, in the hopes it will be used to share educational information from orbit. And finally, TRSI-Sat, developed in Germany,  which will be used to test new technologies. 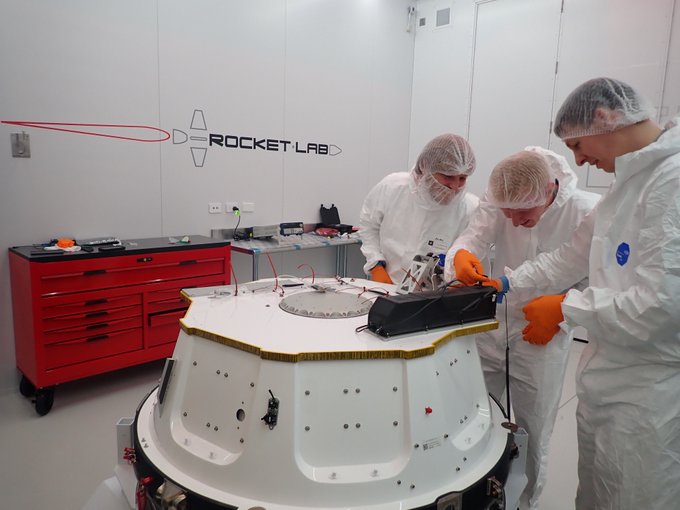 Alba Orbital satellites loaded into their holder on top of Electron’s “kick stage” prior to booster integration. Credit: Rocket Lab

The seventh payload was procured by spaceflight inc, a satellite rideshare management company on behalf of ALE Co, based out of Tokyo, Japan. ALE (Astro Live Experiences) is a small startup using particles shot from small satellites to create artificial meteor showers.

Flight 10 carried the 75kg ALE-2 into orbit, their second demonstration satellite, which follows ALE-1, launched on from Japan in early 2019.

Not only was the flight a large milestone for Rocket Lab in it being the 10th flight of their workhorse booster, but also a large milestone in the company’s new goal of recovering and reusing Electron’s first stage. 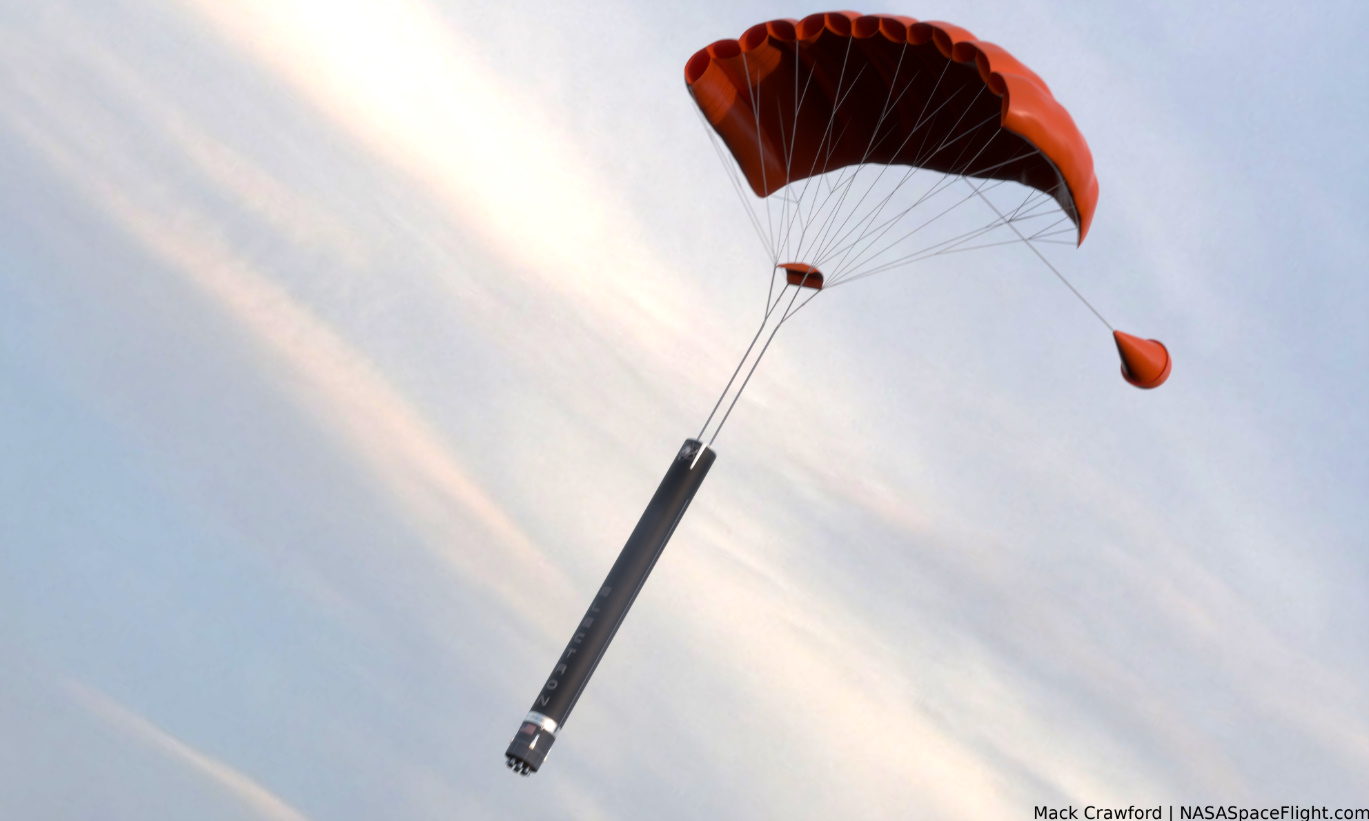 Earlier this year, Peter Beck, the founder and CEO of Rocket Lab, announced that Rocket Lab was working towards recovering Electron boosters, for later reuse. This would not only bring down the cost per launch of Electron but also help them work towards their goal of a once per week launch cadence.

The Electron’s first stage does not have the fuel or other necessary capabilities to perform a boost back and propulsive landings similar to rockets like SpaceX’s workhorse Falcon 9 or Blue Origin’s in development New Glenn, so the company had to go in another direction.

Rocket Lab eventual settled on air recovery. Once Electron’s first stage separates from the second stage, it will fall back towards Earth and open a parafoil and glide down further, before being snagged by a towing hook on board a helicopter and then fully recovered to fly another day.

Electron was never designed for this rather unorthodox method of recovery, so some changes have had to be made to the booster, known as a first stage block upgrade.

Although some previous flights have flown hardware or taken measurements in support of the Block upgrade. Flight 10 was critically important because it marked the debut flight of the block upgraded first stage.

The upgraded first staged included a Reaction Control System (RCS), used to orientate Electrons for recovery and guidance and navigation hardware such as a new S-band telemetry system and onboard flight computer. A parafoil was also included to allow for Electron to be “picked up” by the recovery helicopter on later missions, it is unknown if a parafoil was included on this flight specifically though as this booster wasn’t to be recovered.

Electron isn’t the only thing that was upgraded ahead of recovery efforts though. In a twitter recently Rocket Lab announced that a new radar dish had been built at Mahia. The new dish will mainly be used to track Electron’s “kick stage” separating from its second stage, although it will also be used to track other range assets during launch in order to support the catching of Electron’s first stage.

Say hi to LC-1's newest range tracking asset. This 5.0m diameter dish gives us the ability to track Electron to Stage 2/ Stage 3 separation from LC-1. It also allows us to retask other tracking assets to support the recovery of Electron's 1st stage as we work towards reusability. pic.twitter.com/h4yrwBHC9X

Although no recovery attempt was made on this flight, the data gained from the flight and subsequent flights will be extremely important for when Rocket Lab makes their first attempt at booster recovery.

The mission launched close to the ten-year anniversary of a very important day in Rocket Lab’s history, the launch of their first rocket.

The small 60kg, 6m tall sounding rocket screamed into the sky, shooting past the Karman line and delivering its 2kg payload to an altitude of 150km above the surface of the Earth, before ejecting it and letting it parachute towards the sea.

Like all of Rocket Lab’s Electron flights, ātea-1’s sole flight was given a name. The rocket was named Manu Karere (Māori for “Bird Messenger”) by the local Iwi (Māori tribe). 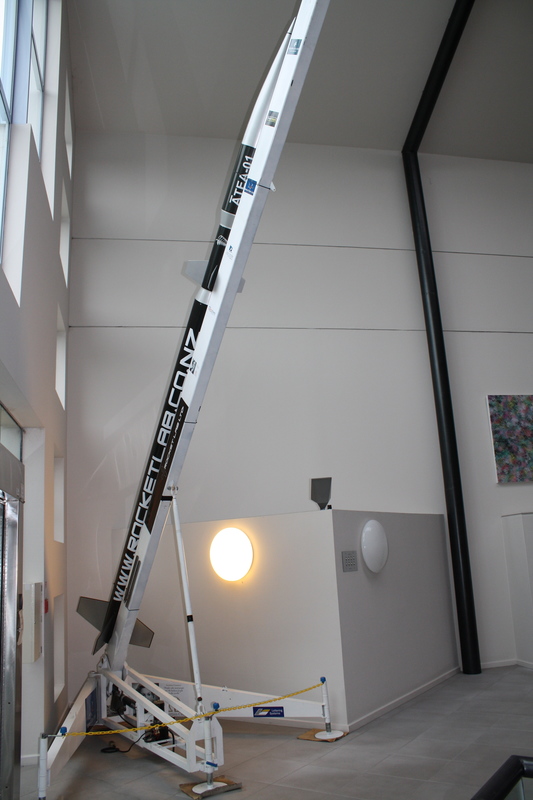 A model of Ātea-1 on its launch stand. Credit: Science Learning Hub

Although there were plans for it, the ātea-1 design of sounding rocket never flew again, although the rocket did launch the company into what it is today, and the Electron rocket probably never would have flown if the company had not been able to prove itself with ātea-1, so it is quite fitting that the 10th launch of Electron occurred not long after one decade had passed after the historic launch of ātea-1.