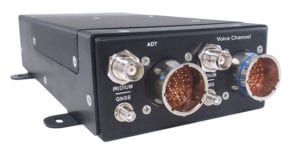 “The HawkEye ADT enables airline operators to be fully compliant with the ICAO-GADSS requirements for autonomous distress tracking,” said Gregoire Demory, President and CEO of Blue Sky Network. “Aircraft delivered after January 1, 2021 need to be in compliance and the HawkEye ADT is the first solution currently available to meet this deadline.”