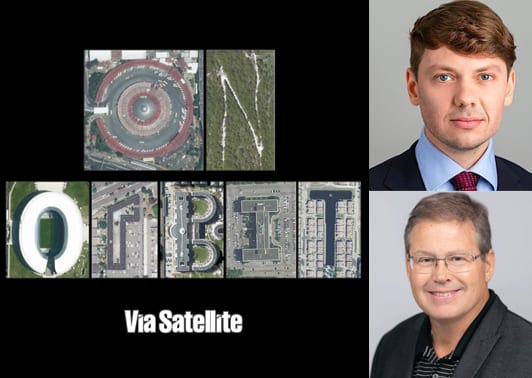 Episode 16 of On Orbit: Building Smallsats Like Cars: NanoAvionics Comes to the USA

NanoAvionics CEO Vytenis Buzas defines his small satellite-building business as an homage to the smart industrial practices of the American automobile industry. What emerged as a spinoff of Lithuania’s Vilnius University, NanoAvionics is now thriving and Buzas sees an opportunity to achieve success in the land that inspired his business.

He hired industry veteran Frank Abbott as his U.S.-based CEO, who will oversee the company’s preparations to move its research, development and manufacturing business to the United States in 2020. Earlier this year, the company purchased the former Midland, Texas headquarters of XCOR Aerospace and refurbished it into a new smallsat manufacturing plant in Midland, Texas.

In this episode of On Orbit, co-host Grace Graham and I spoke with Vytenis and Frank about the company’s move to the USA, the way the company differentiates itself from other space startups, the future outlook of small satellite-powered IoT, and the design of the company’s unique logo. (Side note – Vytenis’ definition of “New Space” in this episode inspired the chosen topic of what will be our first episode recorded in front of a live audience at the SATELLITE 2020 conference in March).

Listen to this episode here: