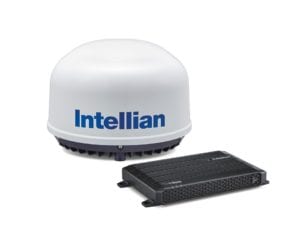 Iridium Communications revealed that Intellian is the newest manufacturer of Iridium Certus maritime terminals. Intellian is introducing the C700 terminal which aims to enable a variety of applications including safety, bridge, and crew welfare communications, connected ship Internet of Things (IoT) capabilities like engine monitoring and remote diagnostics, as well as situational awareness reports.

The C700 aims to deliver up to 352 kbps transmission and 704 kbps reception speeds through the Iridium Certus platform. Its 12-element patch technology also ensures connectivity, even in adverse weather or environments.

Eric Sung, CEO of Intellian, said: “Iridium and Intellian have worked closely together to develop our C700 Iridium Certus antenna, and we are proud to now reveal this product to the world. We expect that the new C700 will provide enhanced safety and communications services at sea, delivering added value to our customers.”