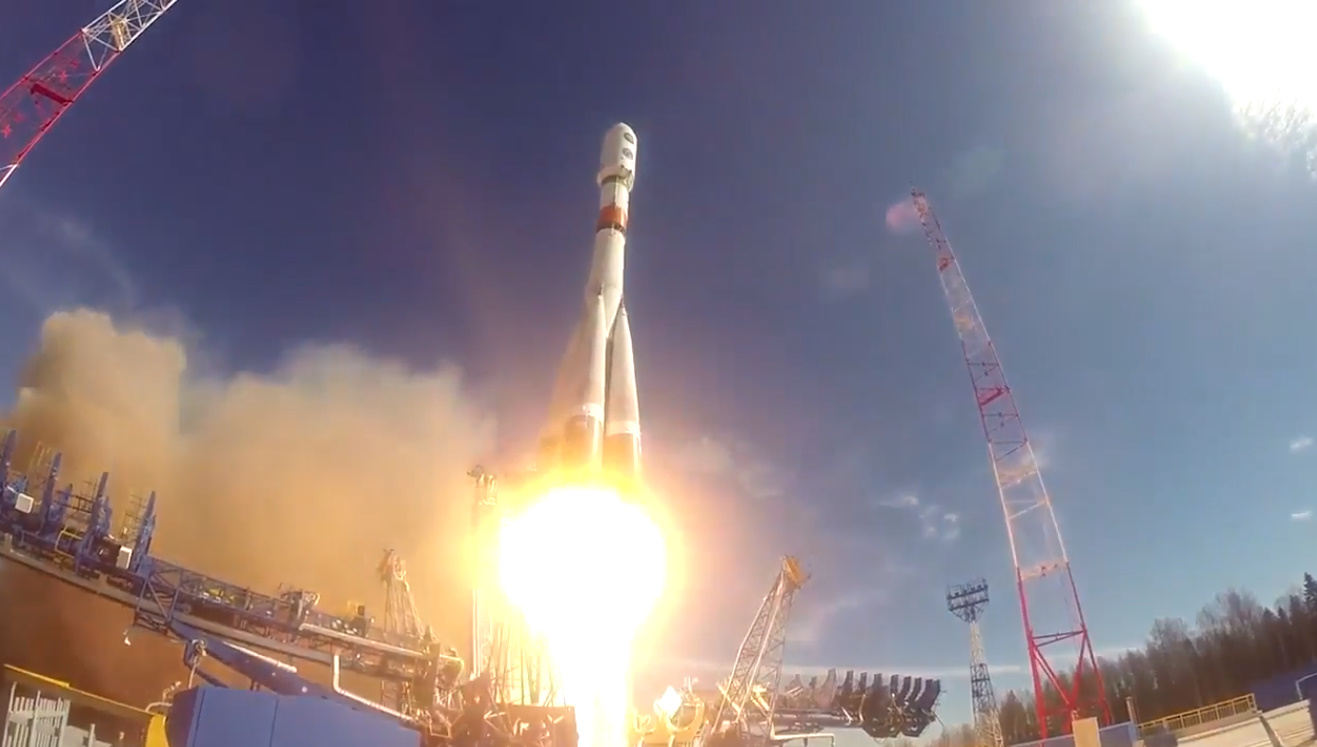 Russia’s Soyuz rocket has made its second launch in less than twenty-four hours, delivering a missile detection satellite to orbit Thursday in a military launch from the Plesetsk Cosmodrome. Soyuz lifted off at [10:46] Moscow Time ([07:46] UTC), placing the Tundra satellite into its planned orbit with the aid of a Fregat upper stage.

Tundra plays a significant part in Russia’s national security arrangements, monitoring the Earth for potentially hostile missile launches so the Russian Government can react as necessary. It forms part of the Edinaya Kosmicheskaya Sistema (EKS) or Unified Space System which is being introduced to replace the earlier Oko system that Russia inherited from the Soviet Union. Thursday’s launch deployed the third such satellite.

The Tundra satellites are being built by RKK Energia. They are built around the Viktoria platform, a satellite bus derived from a series of Yamal communications satellites developed in the late 1990s. Like their US counterparts in the Space-Based Infrared System (SBIRS), Tundra satellites carry infrared telescopes that are used to detect and track heat sources that could be missiles launching and in flight. Optical and ultraviolet instruments collect complimentary data.

As well as detecting that missiles have been launched, Tundra’s sensors allow it to track their flight so that potential targets can be determined more rapidly than if ground-based radar was being relied upon. This is a significant improvement over the previous-generation satellites which could only detect the missiles.

Like the two spacecraft that preceded it, this third Tundra satellite has been placed into Molniya orbit. This is a special class of highly elliptical orbit with an orbital period of twelve hours – meaning the satellite completes two revolutions per day – and inclination of 63.4 degrees. The combination of orbital parameters cancels out the precession of its argument of perigee, meaning that the apogee – or highest point – of its orbit is locked in place over the Northern hemisphere. 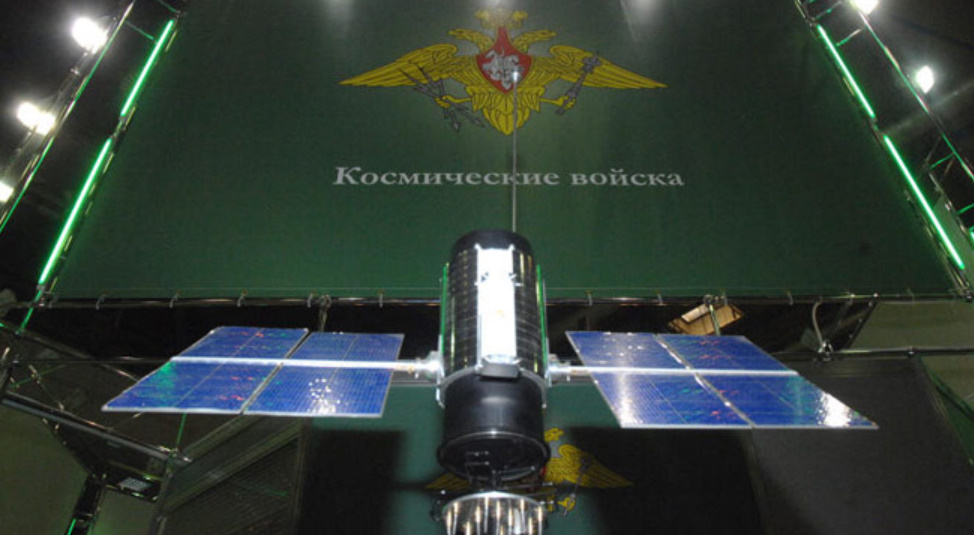 The first two Tundra satellites were launched in November 2015 and May 2017. Before that, eighty-six US-K satellites were deployed under the Oko system from 1972 to 2010. Oko used additional satellites in geosynchronous orbit to gather further data, and while no such satellites have yet been deployed for EKS they are believed to be under development.

Now it is in orbit, the Tundra satellite is expected to be renamed Kosmos 2541, following a system of designations that Russia has used for its military satellites as far back as 1962. Kosmos numbers are assigned sequentially to obfuscate the purpose of military spacecraft, with the most recent designation prior to Thursday’s launch being the assignment of Kosmos 2540 to a Geo-IK spacecraft launched at the end of August.

Historically the Kosmos system was also used for interplanetary missions that had failed to depart Earth’s orbit and for prototype spacecraft of various types. However, in recent years the system has been used exclusively for military satellites.

Tundra rode to orbit aboard a Soyuz-2-1b rocket with a Fregat-M upper stage. This is one of three variants of the Soyuz design that make up the Soyuz-2 family, which following Wednesday’s retirement of the earlier Soyuz-FG configuration are now the only Soyuz vehicles still in service. First flown in 2004 on a suborbital test flight, the Soyuz-2-1a introduced digital flight control systems for the first time on Soyuz, along with upgraded first and second stage engines. 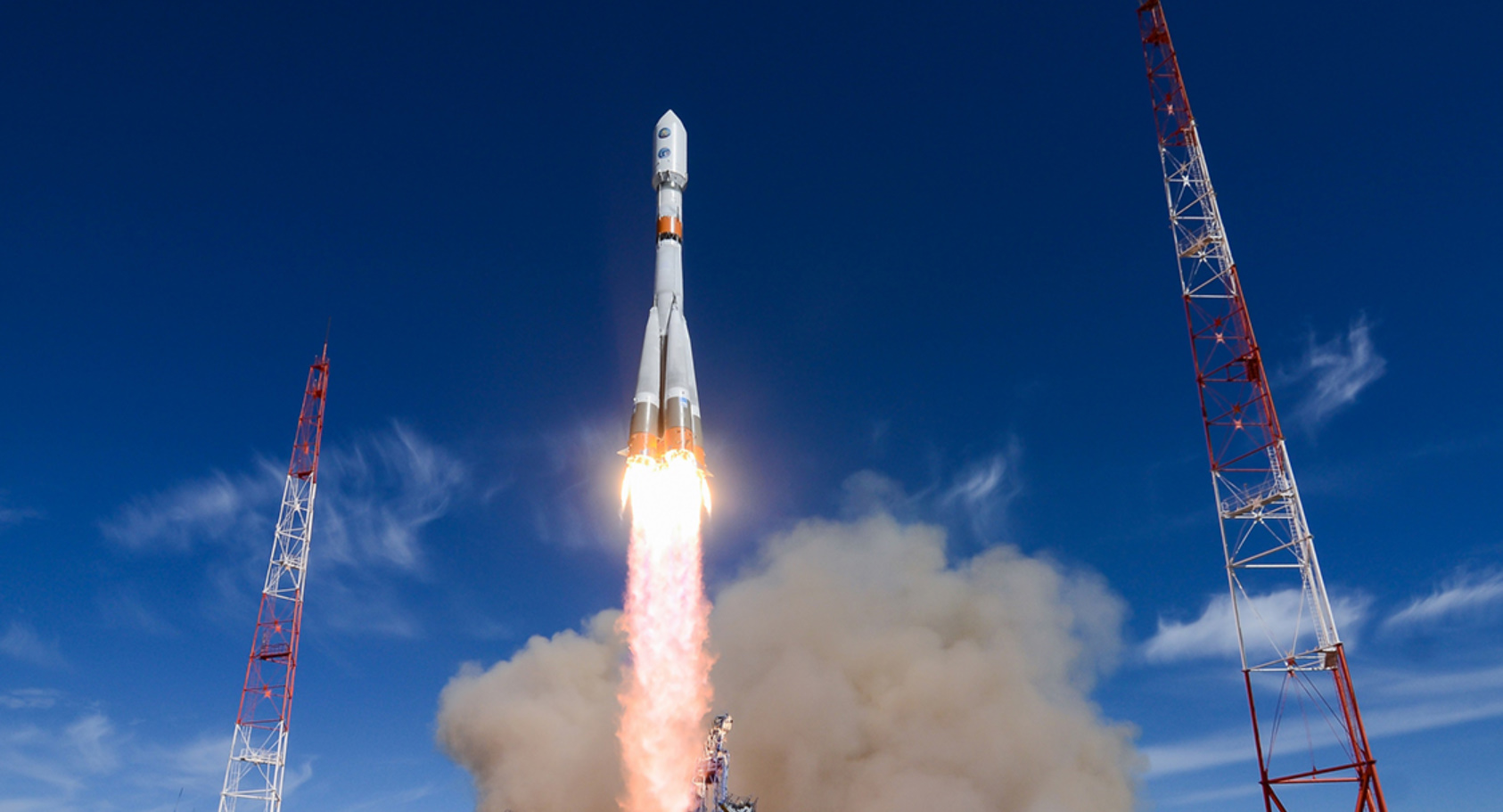 Soyuz 2-1b during a previous launch – photo from Roscosmos

The Soyuz-2-1b further upgrades the rocket with a new third stage engine, allowing it to carry heavier payloads. The third configuration, Soyuz-2-1v, is optimized for carrying smaller payloads at lower cost.

The launch took place from Site 43/4 at the Plesetsk Cosmodrome in Northern Russia. This is the only one of Plesetsk’s original four Soyuz pads that remains in operation – although its sister pad, 43/3, is currently undergoing final testing ahead of its return to service early next year.

Prior to launch, Soyuz was assembled horizontally in an assembly facility, or MIK, away from the launch pad. A few days before liftoff the rocket was moved into position by train, raised to vertical and mounted on the launch pad.

When the time came, engines on the first and second stages ignited about sixteen seconds before liftoff. The first stage of Soyuz is made up of the four boosters that are clustered around its core – which is the second stage. The boosters are designated Blok-B, V, G and D, with each housing an RD-107A engine. The second stage is powered by the closely-related RD-108A which incorporates four additional vernier chambers for attitude control purposes. These engines burn RG-1 propellant – a refined form of kerosene – and liquid oxygen.

Following ignition, the engines slowly built up to full thrust. Once the countdown reached zero Pad 43/4’s swing arms came open and Soyuz began her climb towards orbit. The first stage burned for about 118 seconds before exhausting its supply of propellant.

After shutting down the boosters separated, venting residual oxygen to push themselves away from the vehicle. This separation, and the shape of the spent boosters falling away, have become known as the Korolev Cross after Sergei Korolev, the chief designer of the Soyuz rocket and the R-7 missile to which it traces back its history.

With the first stage separated, Soyuz’ second stage continued to burn alone for another 170 seconds. During this burn, the rocket entered space and the payload fairing, no longer needed to protect Tundra from Earth’s atmosphere, was discarded. Just before the second stage shut down, the next separation sequence took place.

The third-stage burn for Thursday’s launch lasted just over four-and-a-half minutes. Shortly after its conclusion, Fregat took over.

Fregat was developed from the propulsion systems of spacecraft the Soviet Union sent to Mars in the late 1980s and 1990s. The restartable upper stages burn storable hypergolic propellant – unsymmetrical dimethylhydrazine and dinitrogen tetroxide – and are powered by an S5.98M engine.

For Thursday’s launch, a Fregat-M was used – a minor upgrade over the original Fregat. This stage performed a series of burns to insert Tundra into its planned Molniya orbit. Following the successful establishment of this orbit, Tundra separated from Fregat to begin its mission.

Thursday’s launch comes seventeen-and-a-half hours after another Soyuz rocket successfully launched the Soyuz MS-15 spacecraft on its mission to the International Space Station. 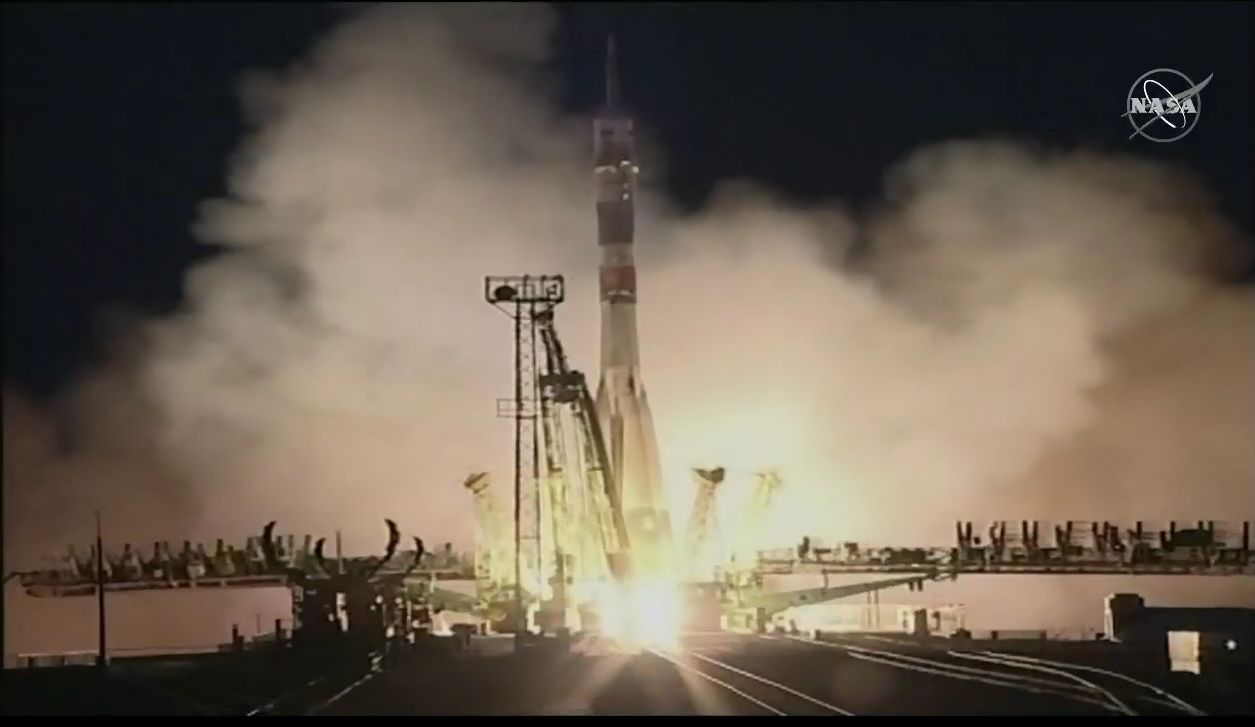 The launch of Soyuz MS-15 on the final Soyuz FG

That launch, which took place from the Baikonur Cosmodrome’s historic Site 1/5 launch pad, carried a crew of three cosmonauts bound for the space station. Soyuz MS-15 docked with the outpost less than six hours after launch.

The next Soyuz launch is currently expected to be a military launch tentatively scheduled for October with the first Neitron reconnaissance satellite aboard. Alternatively, a mid-November launch will carry the next Uragan-M navigation satellite into orbit for the GLONASS constellation.