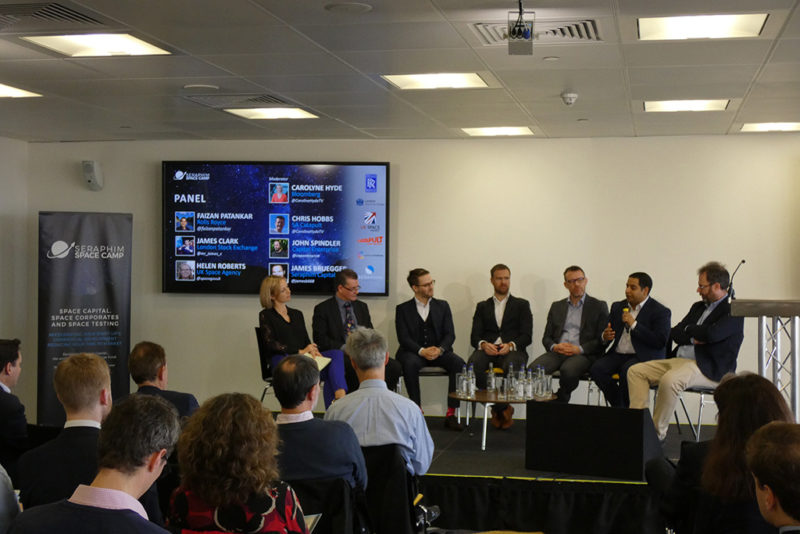 Seraphim Capital has launched the United Kingdom’s first dedicated accelerator program for best-of-breed space startups, supported both by U.K. and European government agencies and a slew of corporate partners. According to Seraphim Capital, collaborators for the Space Camp Accelerator include Airbus, Surrey Satellite Technology, SES and Telespazio.

The nine-week program will run twice per year, with the first six startups joining on May 8, and the second group following in September. The program will focus on identifying data- and satellite-led businesses that “[create] value for industries on Earth, from transportation to agriculture to urban planning,” Seraphim stated.

“$2.5 billion was invested in spacetech startups by Venture Capitalists (VCs) globally in 2017, but those startups still need greater access to industry-specific advice and support,” said Seraphim Capital CEO Mark Boggett. “Investability is a prerequisite for the startups we invite to be part of Space Camp Accelerator, not the endgame of their involvement as it might be for other programs.”

Previous startups within Seraphim Capital’s Space Fund portfolio, along with established corporate entities, will mentor the new businesses on technical and commercial issues informed by their own experience in growing spacetech companies.

The announcement of the program coincides with the introduction of the U.K.’s Space Industry Bill, which sets the foundation for development of the region’s first domestic spaceport. The bill also creates a regulatory framework for liability and insurance policies, public safety standards, and more efficient licensing of U.K. space activities.

The post Backed by Government, Seraphim to Nurture UK Spacetech Startups appeared first on Via Satellite.