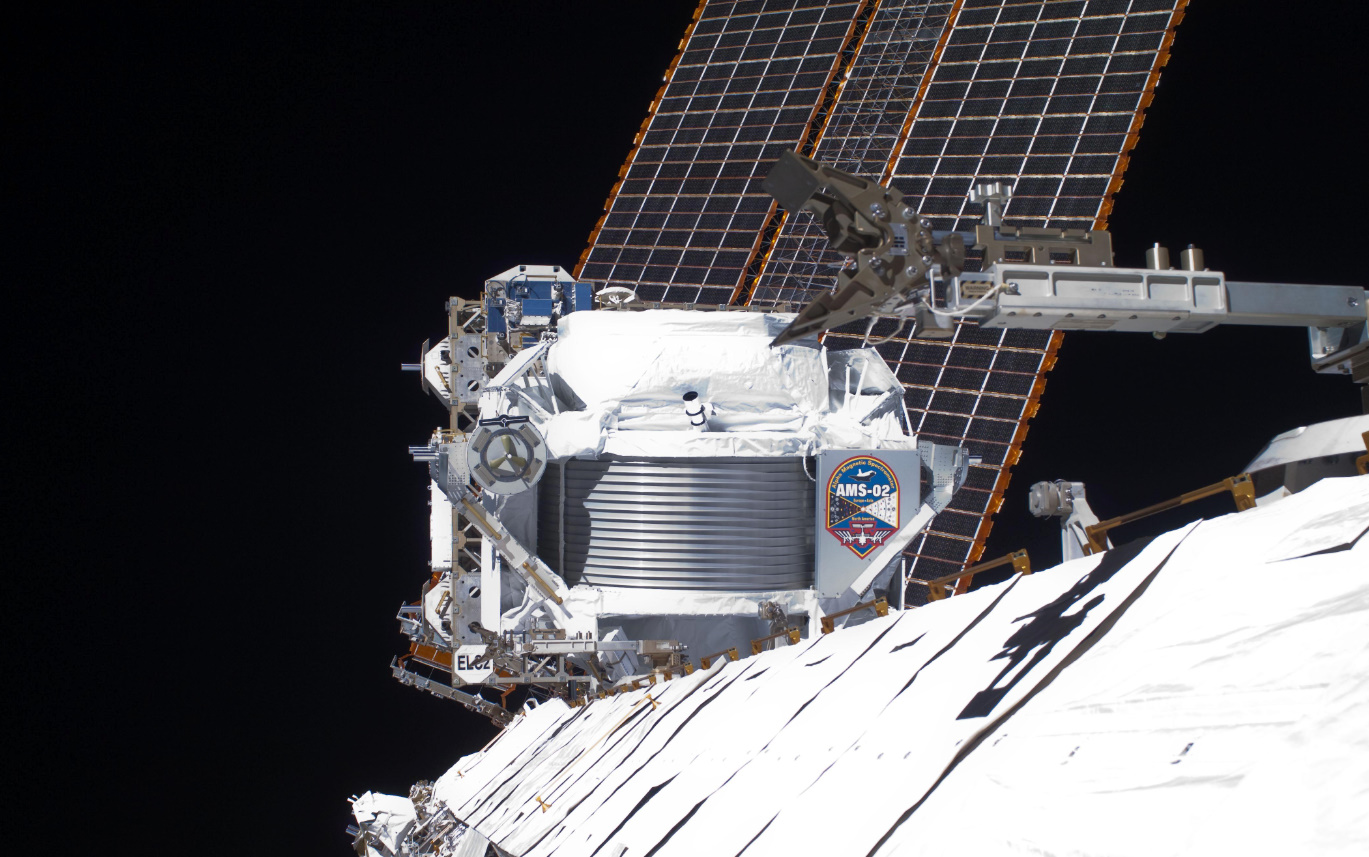 For over eight years a small scientific instrument, perched atop of the International Space Station’s S3 truss segment, has been hunting for cosmic particles that have traveled from the furthest reaches of the universe. An upcoming set of spacewalks is set to extend its lifetime.

The $2 billion Alpha Magnetic Spectrometer 2 (AMS-02) launched aboard the Space Shuttle Endeavour’s STS-134 mission in May 2011.

Since then, the instrument has successfully detected and measured over 100 billion cosmic particles and deeply expanded our knowledge of the universe we live in. 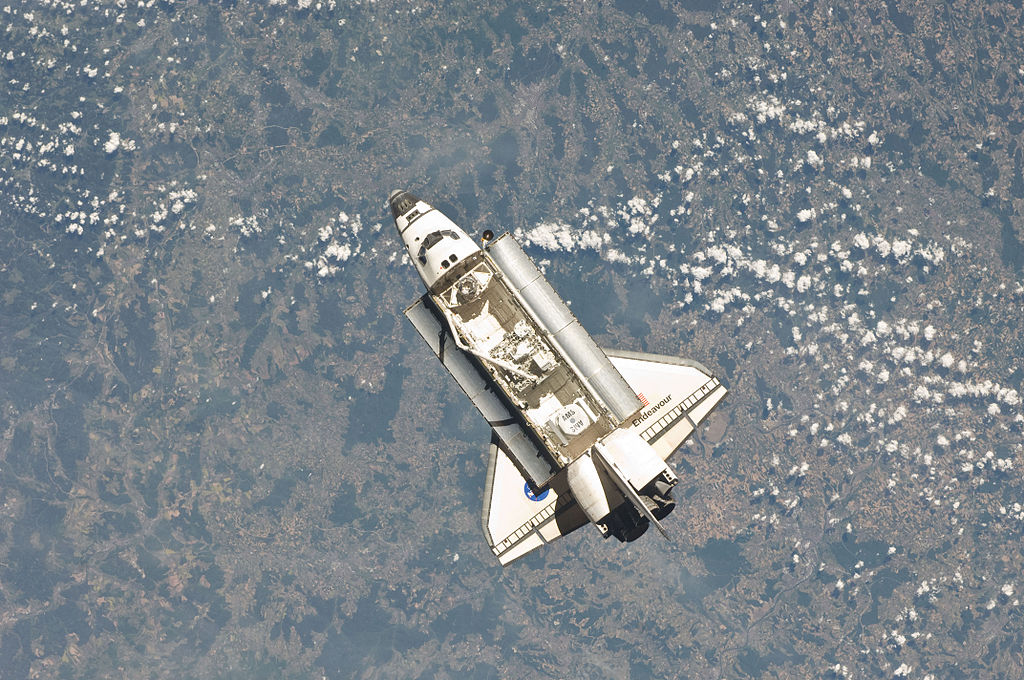 The project started in 1994 as an instrument called the “Antimatter Spectrometer” which was being proposed as a science experiment to be placed on the outside of a new space station called the International Space Station, which had been announced the year before.

The project, led by MIT physicist and 1976 Nobel Prize winner Samuel Ting, quickly gained sponsorship from the US Department of Energy and began pushing forward with development.

By 1998 an early prototype for AMS-02, AMS-01, had been built and was prepared for a short week and a bit long test flight. AMS-01 was loaded into the payload bay of space shuttle Discovery ahead of its STS-91 mission, which as well as flying AMS-01 would be the final space shuttle mission to dock with the Russian Mir space station. 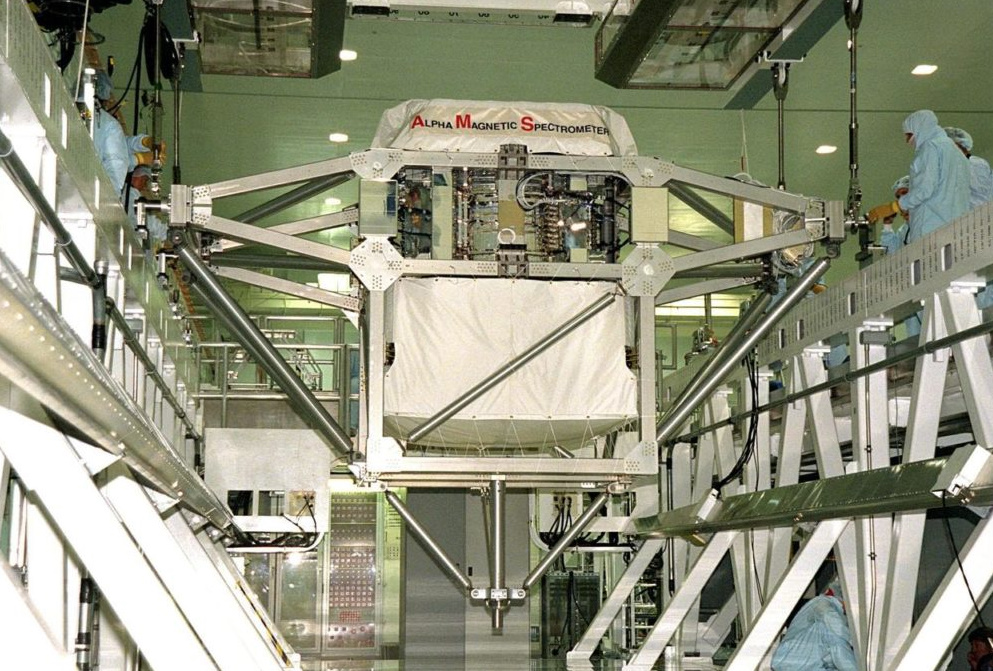 During the Nine-day, 19-hour flight of STS-91, AMS-01 successfully detected over 100 million cosmic particles, more than proving that it would be worth placing onboard the ISS, which would begin construction only a few months after the landing of STS-91.

Following AMS-01s extremely successful demonstration flight AMS-02 began construction and planning for its launch to the International Space Station on board a space shuttle started to get into motion.

The effort to design and build AMS-02 was an international project, spanning the United States, Taiwan, Germany, Great Britain, Switzerland and several other European nations. The whole thing was then fully assembled in Switzerland before preparations to the ship the instrument to the Kennedy Space Centre began.

AMS-02 was on track to launch until February 1, 2003, when the Space Shuttle Columbia tragically broke apart while reentering Earth’s atmosphere, leading to the deaths of its seven astronaut crew. 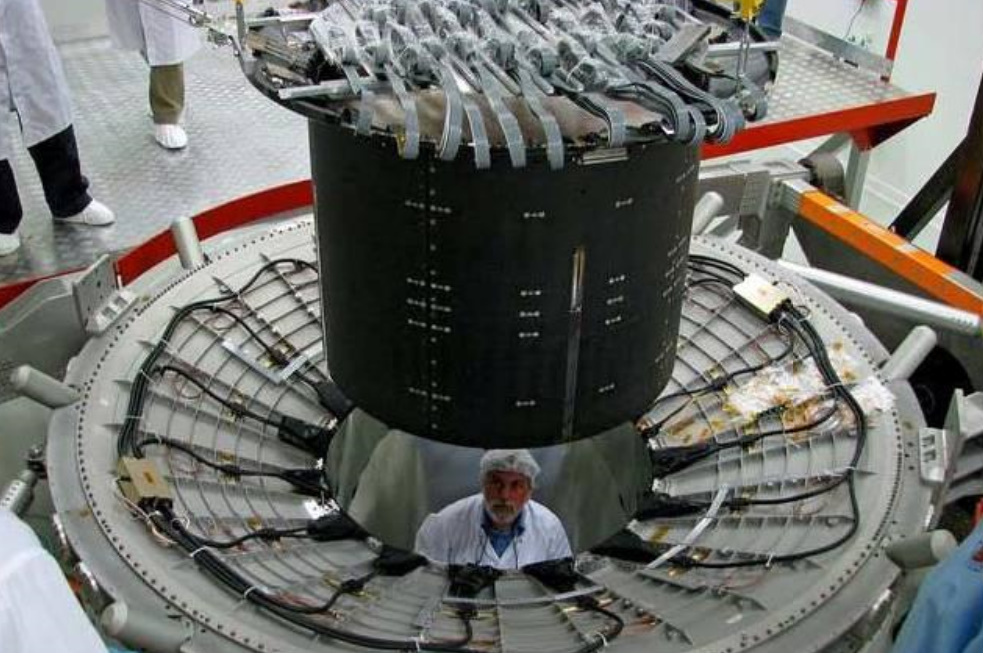 AMS-02 during construction – via NASA

In 2008 the space shuttle was scheduled to retire after the STS-133 mission, which would deliver the Leonardo Permanent Multipurpose Module to the ISS. With the end of the shuttle program in sight, and no slots manifested for AMS-02, the future was looking bleak for the AMS team.

Then, later that year, the Obama administration included funding in its 2010 NASA budget for one more space shuttle flight, STS-134, and AMS-02 was the primary payload.

On May 16, 2011, Endeavour launched from the Kennedy Space Centre, Florida, carrying AMS-02 and a six astronaut crew along with it. During the 15 day mission, the crew successfully installed AMS-02 onto the space station over the course of four spacewalks. 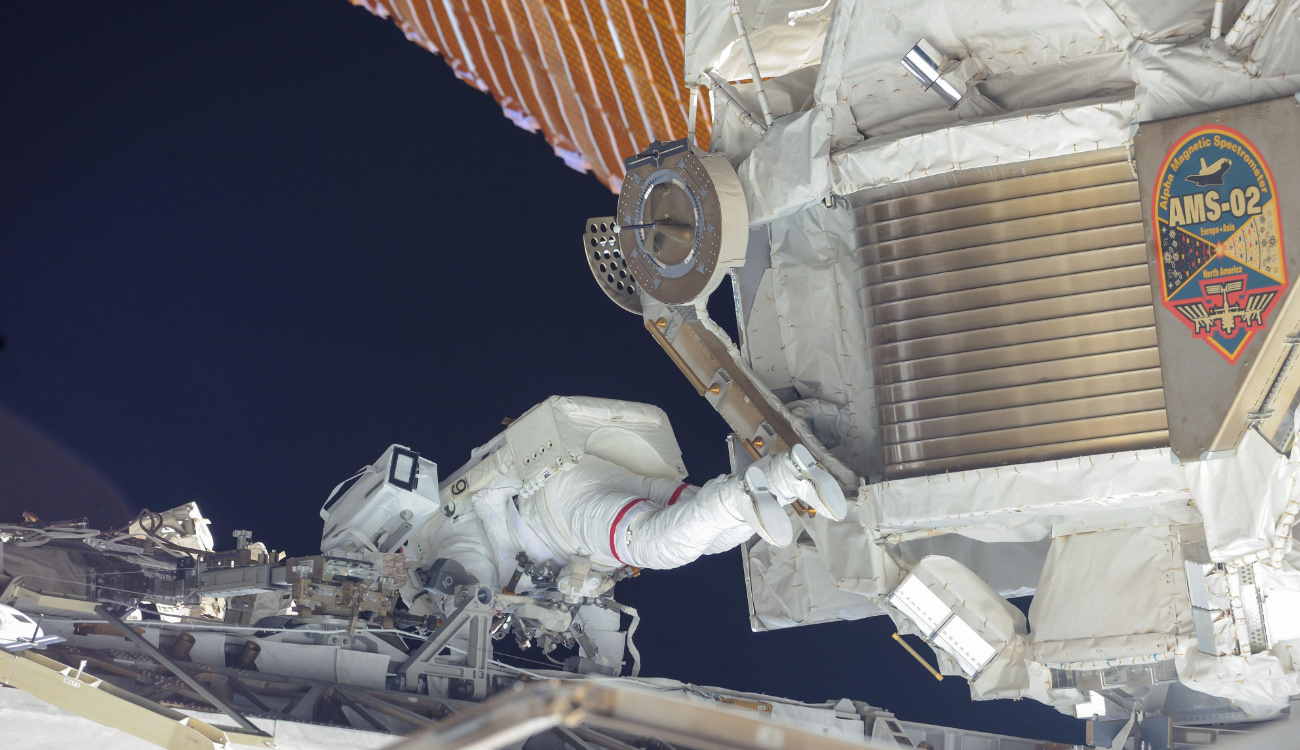 In between the Columbia disaster and STS-134 being manifested, AMS-02 underwent one major change. In order to work a particle detector needs to generate a magnetic field. This is because a magnetic field causes particles to curve, and the way in which a particle curves can be used to figure out of a particle is negatively or positively charged.

Now, AMS-02’s life is beginning to come to an end, three of the instrument’s four cooling pumps have failed, they were never meant to be repaired or replaced, which should mean that the AMS-02 will soon be switched off, and retire from its marathon particle hunting mission. 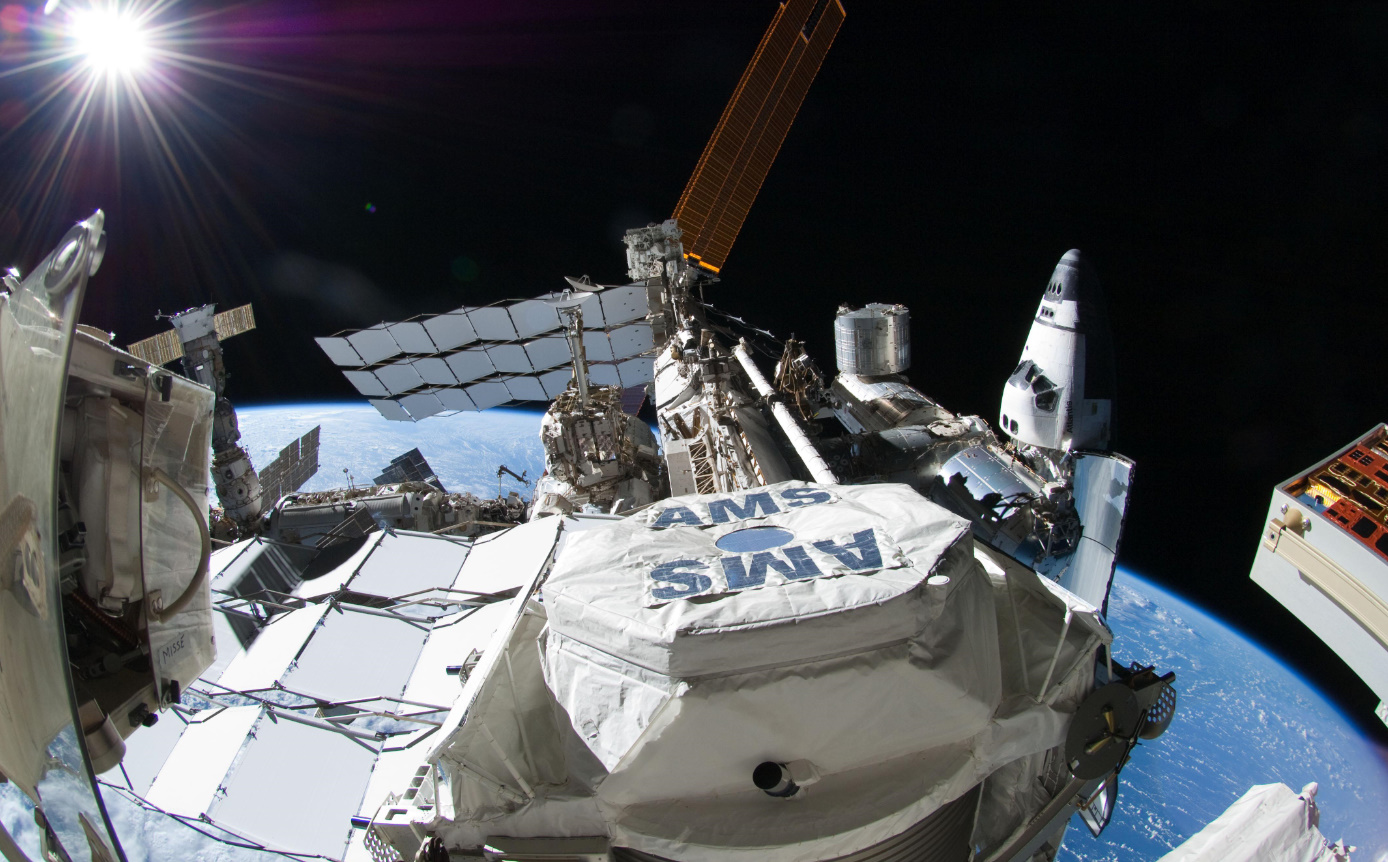 AMS-02 during its early lifetime on the ISS – via NASA

Although none of the scientists who have gained so much from the data AMS has gathered are ready for that yet.

Because of this, it has been decided that AMS-02 will be repaired over the course of several spacewalks scheduled to be carried out later this year, although like stated before AMS-02 was never meant to be repaired.

So the techniques and operations for those spacewalks have had to be developed from scratch on the ground, and because of this, they will be some of the most challenging spacewalks conducted since those that repaired the Hubble Space Telescope, the last of which were completed in May 2009.

Although not too much information on the spacewalks is known yet, the two astronauts who will venture outside the space station in order to conduct the repairs are known.

The lead spacewalker will be European Space Agency (ESA) astronaut Luca Parmitano of Italy. Parmitano launched toward the space station on his second mission aboard the Soyuz MS-13 on July 20, 2019. 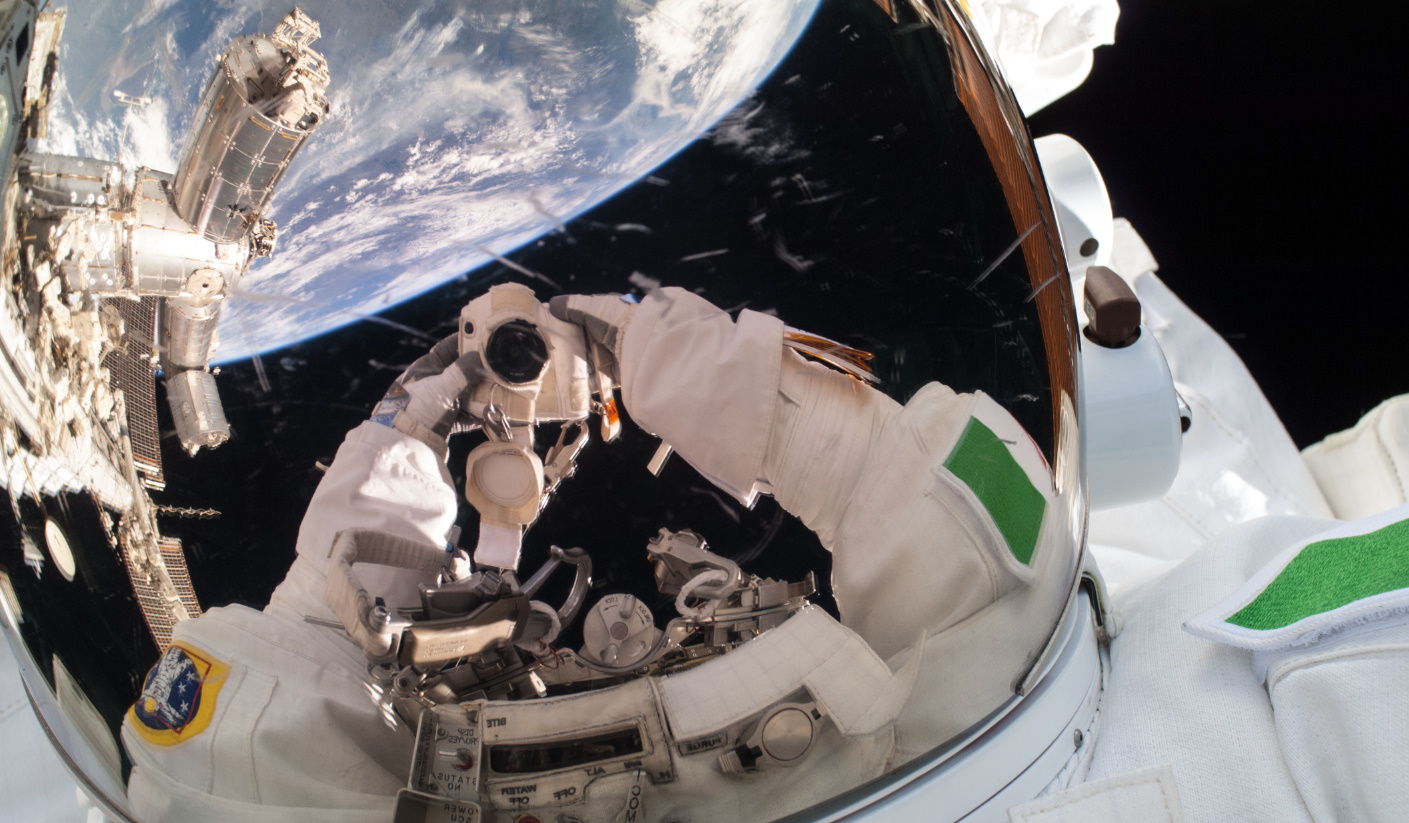 Luca Parmitano takes a selfie during a previous EVA – via NASA

During his first mission, where he flew as a flight engineer on Expedition 36/37 he participated in two spacewalks, both with American astronaut Christopher Cassidy. During the first spacewalk, the two astronauts spent 6 hours and seven minutes outside of the station fixing video equipment are completing other tasks.

His second EVA nearly ended in tragedy when shortly after starting the EVA water started building up Parmitano’s helmet. Luckily the two spacewalkers were able to make it back inside of the station and the EVA officially ended after 1 hour and 34 minutes.

When Parmitano ventures outside the station for a third time it will mark his first time as a lead spacewalker, as well as the first spacewalk for an Italian astronaut since his ill-fated spacewalk on his first mission. 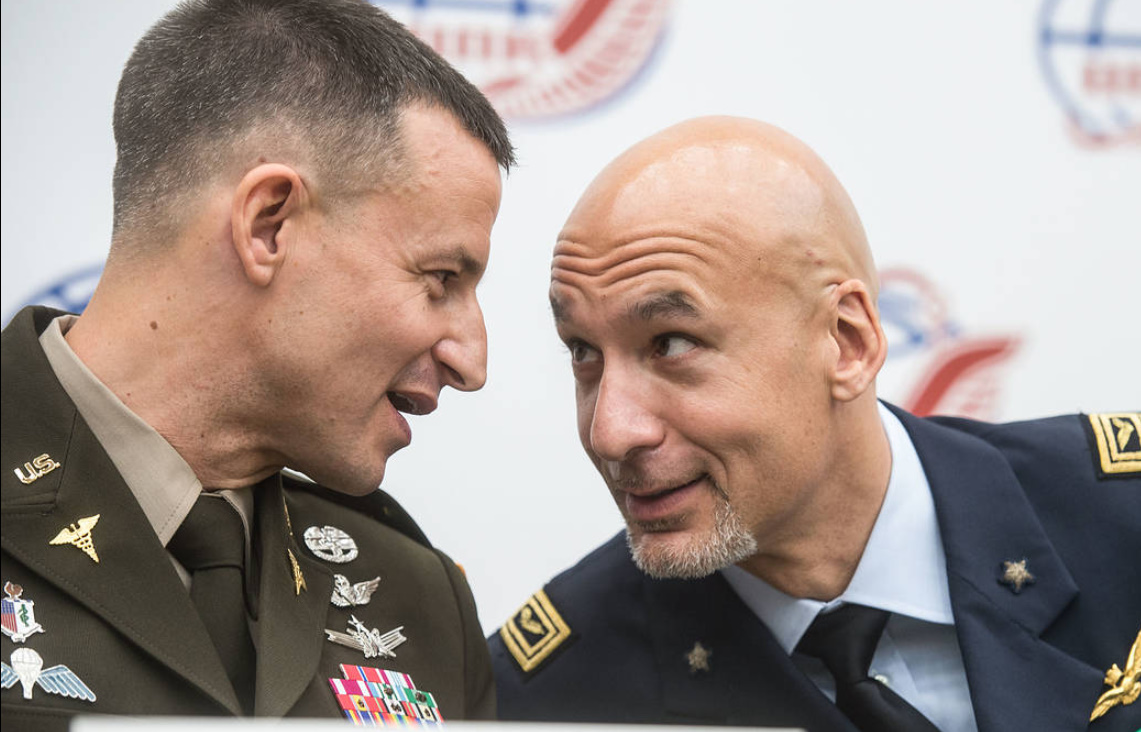 The second spacewalker will be NASA astronaut Andrew Morgan, who launched on his first mission along with Parmitano on July 20. Since arriving onboard the ISS Morgan has completed one spacewalk along with fellow NASA astronaut Tyler “Nick” Hague.

The two spacewalkers spent 6 hours and 32 minutes outside of the ISS on August 21st in order to install the third International Docking Adapter (IDA-3) onto the station’s PMA-3 docking port.

There are a lot of challenges that will have to be tackled leading up to and during these spacewalks, although if this upcoming series of EVAs can be successfully completed it will allow the AMS-02 to continue to hunt for particles to deepen, challenge and fundamentally change Humanities understanding of our universe for years and years to come.