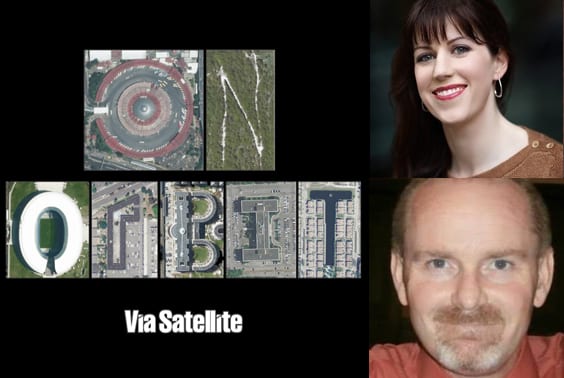 On this episode of On Orbit, we’re joined by Melissa Wuerl, Vice President Business Development for Spaceflight Industries, and Jason Armstrong, Director of Small Satellites for TriSept, for an episode dedicated to rideshare launch services and the impact they’ve made on opening access to space.

Rideshare launching is like the carpooling of launch services. By placing very small satellites in the spaces between larger satellites on larger rockets, rideshare providers is able to provide low-cost options for satellite operators, while providing additional business to traditional launchers and increasing access to space.

On Orbit special guest co-host Grace Graham and I spoke with Melissa Wuerl about Spaceflight’s historic SSO-A: SmallSat Express mission, which successfully launched more than 80 small satellites for a wide variety of operators, research organizations and universities on a SpaceX Falcon 9 rocket in December 2018. Melissa shares stories from her team’s experience of assembling and executing on the mission, as well as a look forward to Spaceflight’s recently announced follow-up mission with New Space India.

After the break, I’m joined by Jason Armstrong, Director of Small Satellites for TriSept, for a chat about the company’s unique, one-of-a-kind rideshare mission partnership with Rocket Lab and Millennium Space Systems to test cutting-edge orbital debris removal technology, including a new space-tether that will latch on and deorbit inoperable spacecraft. We hope you enjoy our first dedicated episode/love-letter to rideshare launching!

Congratulations to our most recent free T-shirt winner, Molly Janasik, a Student Research Assistant at Michigan State University! Every Friday, Via Satellite randomly selects one listener to receive a free On Orbit T-Shirt. To enter your name for the next T-shirt drawing, all you have to do is either retweet our episode posts on Twitter, or leave a comment or review on Apple, Google Play, Soundcloud, Stitcher, or any of our podcast platforms, or email your suggestions for an episode topic or guest to editor@viasatellite.com

For those of you interested in 5G wireless technology for healthcare, transportation, and smart city development, please join me November 4TH AND 5TH for our DC5G 2019 conference in Arlington, Virginia. Listen to this episode for a special promo code that will take 20 percent off all registration costs!

The post Carpooling Satellites With Spaceflight and Trisept appeared first on Via Satellite.